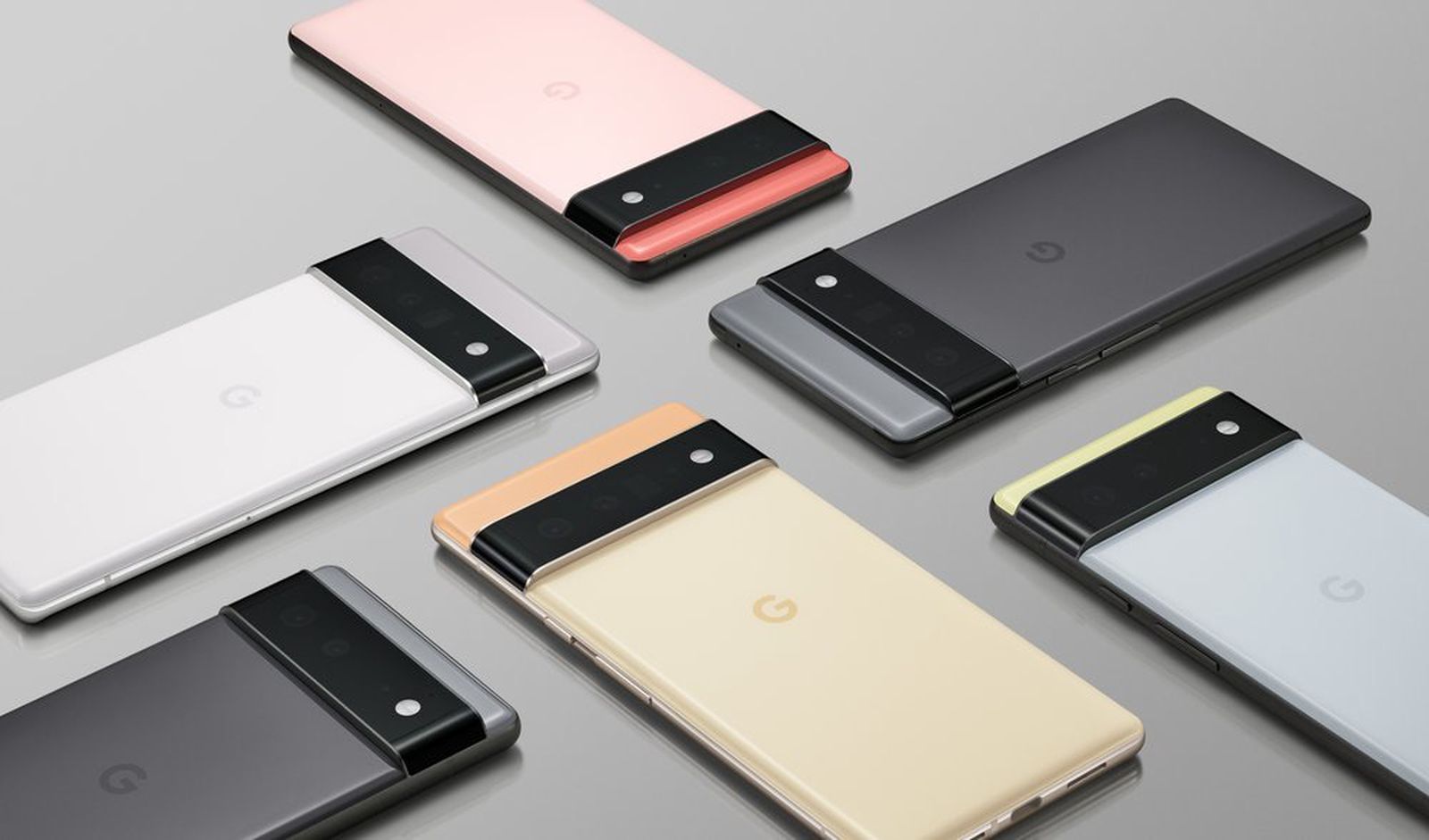 
The Pixel 6 and Pixel 6 Pro, both priced at $599 and $899 respectively, are Google's first smartphones to be equipped with the Google Tensor-on-achip. Apple has used its own mobile chips for years, so Google's decision to create its own Tensor chips allows for greater integration of hardware and applications.

The Pixel 6 and Pixel 6 Pro, as we can see in photos taken prior to their launch, have a unique unibody design with a rear camera bar along with an edge-to–edge display with hole punch cutouts for the front-facing cameras.

Google claims that the matte black camera bars are designed to create a clean, symmetrical design. There are several color options for the Pixel 6 devices, with each having a two-tone design.

The Pixel 6 and Pixel 6 Pro both have a 50-megapixel wide angle camera with 150 percent greater light capture. Both models also come equipped with a 12-megapixel ultra-wide lens. The Pixel 6 Pro also features a 48-megapixel telephoto lens, which supports up to 4x optical zoom.

Tensor chips allow for AI enhancements, with new smartphones offering improved speech recognition and language understanding models. Pixel 6 users have the ability to communicate with others in multiple languages using Live Translate. This includes English, French German, Italian and Japanese. Apple has added a Translate App for these types of translations. However, Google's version works in the messaging app.

Both smartphones are compatible with 5G at mmWave speeds. The Pixel 6 Pro also has an Ultra Wideband chip that improves indoor positioning. The Pro has 12GB RAM, compared to 8GB on the Pixel 6. It also supports storage up to 512GB.

Many media sites have done reviews of the Pixel 6 smartphones.