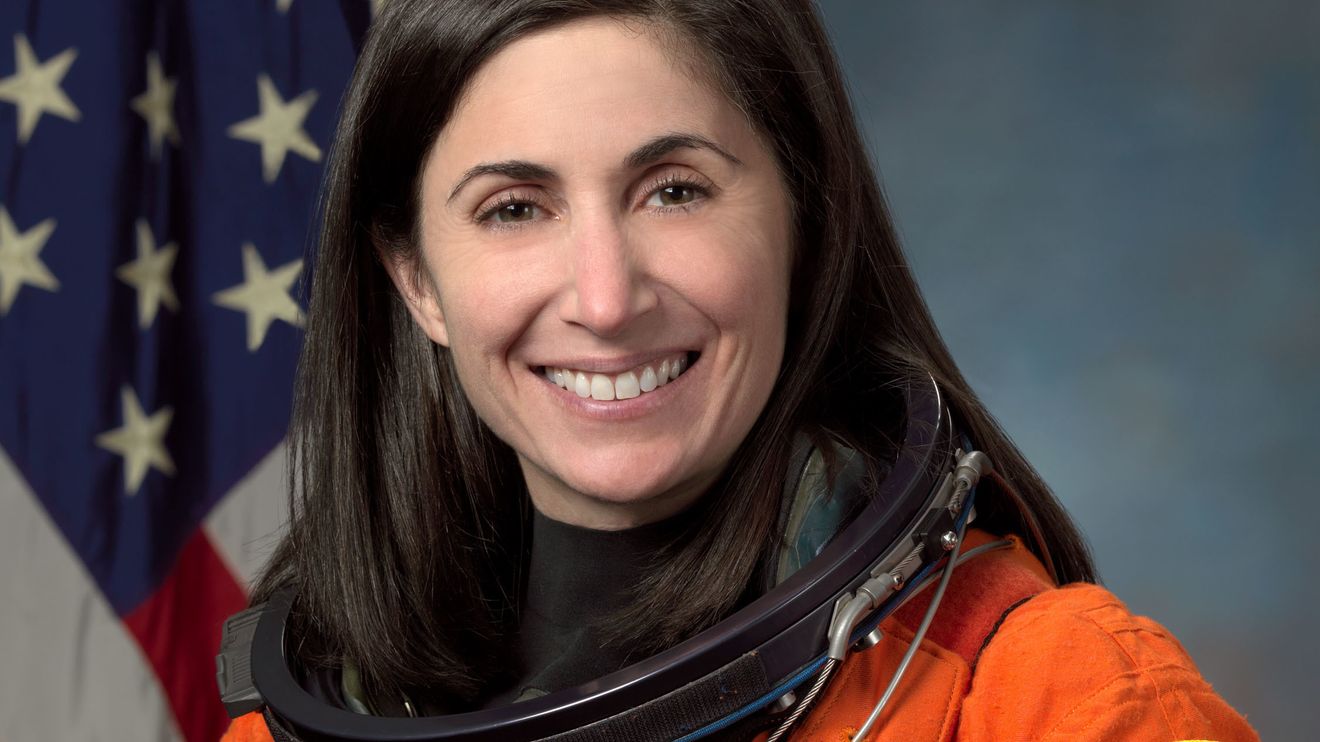 NextAvenue.org has permission to reproduce this article.
Many astronauts reach their peak in their careers when they are in space. Nicole Stott is not one of them. She says she's currently on her next mission. She didn't have anything to prove.

The engineer was a mission specialist on the International Space Station for 104 days in 2009. He even found time to paint the first space painting, a watercolor, which now lives in The Smithsonian.

She retired from NASA in 2016 and has been involved in foundation work, encouraging science careers for young women and exploring intersections of science and art.

Stott now combines her passions into her first book, Back to Earth, What Life in Space Taught me About Our Home Planet And Our Mission To Protect It.

Next Avenue contacted her via Zoom ZM (+2.97%) from her home in St. Petersburg. We have edited her responses to ensure clarity and conciseness.

Next Avenue: The photo of Earthrise by Bill Anders, which was taken from Apollo 8 in 1968 and shows the distant Earth rising over the Moon's surface, is a great source of inspiration. Is there something about that moment that is so revealing?

Nicole Stott: It was, in a simple way, a reality check. It was the first time that a human shared this extraordinary, amazing experience of seeing their home in space.

It was quite revelatory. It is also, I believe, amazing in its reality.

You write that this reality is that all Earthlings live on a planet. Just as you live in a small space-support bubble, we should also live here like crew members, and not passengers. Is that the message?

It is sad that I had to go to space to see the effects of the statement that we live in a planet, that all Earthlings exist on it, and that the only boundary that matters is the thin blue line of the atmosphere. That realization, that reality check should be a wake-up call.

We built this mechanical life support system in space because we want to imitate as much as possible what the earth does for us. We are constantly aware of the amount of CO2 in the atmosphere and the quality of our clean drinking water. Every day, our crew members are also conscious of their health and well-being, regardless of where they come from.

When we do these things together, when we are aware of them, and when we take action on them, then we can actually thrive in that environment. Seven people can live on a space station, and seven billion more on a planet.

See: Prince William to Bezos, and other space billionaires. Repair this planet, but not the next

What do you think of the idea that Elon Musk, CEO of Tesla TSLA (+3.21%) and SpaceX, suggested that humans must become interplanetary species if they are to survive long-term?

That is a good idea. Mars is a stepstone to it, and I see it as another planet.

It is all about improving the quality of life on Earth, and that any space exploration we plan from now on will be. All of the science we did, all of the international partnerships, are brought back to Earth.

Also, read: William Shatner went into space and had a life-altering event: Is that how death is?

Yes, but first, it's acknowledging that there is an urgent call to action. These are the actions that we must take to ensure our safety. This requires us to raise awareness on both a personal and planetary level about the critical issues that are happening to our spaceship and to recognize that we all must do those things to ensure our safety.

You see, I don't want my entire neighborhood to go up in flames. I don't want my backyard water to be poisonous to me and the lives that depend on it. These are simple problems that require complex solutions.

Although it seems simple, we must understand what is essential for survival. This will allow us to thrive.

Your book gave me the impression that NASA is a very level playing field for women. What do you think NASA's value is in keeping the elderly and grizzled participants involved in the program, especially in a culture that treats people over 50 as obsolete or disposable?

It's something I have seen as a young engineer. And it makes me appreciate what you are talking about. Now, as a partially grizzled engineer, I know that what I love most is the fact that NASA personnel on different teams still come to me to participate, not to mention companies outside who are interested in how we do this new thing in space.

We were now in a new place with faster, more efficient, and cheaper technology, which we all agree is amazing. However, it is crucial to get that older talent in order to take advantage of their time.

We brought in people who had recovered Apollo capsules and helped to design the Apollo program. They saw the transition from Mercury, Gemini and Apollo all the way through, and what we learned. These people have the knowledge and are willing to share it with you.

It is important to look at ways you can improve on what you already know.

These people, who have firsthand knowledge, are my guess. Let me look at your thoughts and see if I can find something that might be of value to you.

A collection of space suits made by schoolkids is one of your science-meets art projects. One of these suits will be displayed at the U.N. climate conference, which is scheduled for Glasgow. Is there a connection? How important do you believe this conference will be in preventing global warming and climate collapse?

This is what I love, and I try to share it in the book because I believe we all need it. This is where I want to be this year. It allows us to make a radical shift in implementing boldface on a planet-wide scale.

Okay, now we have to find out: I almost said, "How on Earth can you paint with watercolors under microgravity?"

You must be careful. It's a little like microgravity.

You aren't supposed to dip your brush in a cup of hot water. You take a small amount of water from your bag, and then you place the brush towards it. Watch as the water moves over to the end of the brush. The paint will mix with it. The floaty colored water will then be everywhere. Be careful not to move too fast or it could become a lot of floaty balls.

It is a Jackson Pollock.

Yes! It's funny, because it would have been fun to do a bit more. It was a good thing I did, as I found that when you tried to paint with a brush and touched the paper with colored water, all the color went to the paper at once.

It is one of those things that allows us to put humans in space flight. Karen Nyberg, my friend, quilts on the Space Station. People write poetry.

It has been happening since the beginning of space flight. Jackson would have had a lot of fun up there.

Craig Miller's broadcasting and journalism career spans over 40 years. However, since 2008, Miller has focused on climate science and policy. Miller was the founder and editor of Climate Watch, a multimedia project that won an award for San Francisco. He was also science editor at KQED until August 2019. Miller spent 20 years as a TV reporter and document producer at major-market stations as well as CNN, MSNBC, and other news organizations. He spends his time on the water, in his kayak or on a mountain lake.