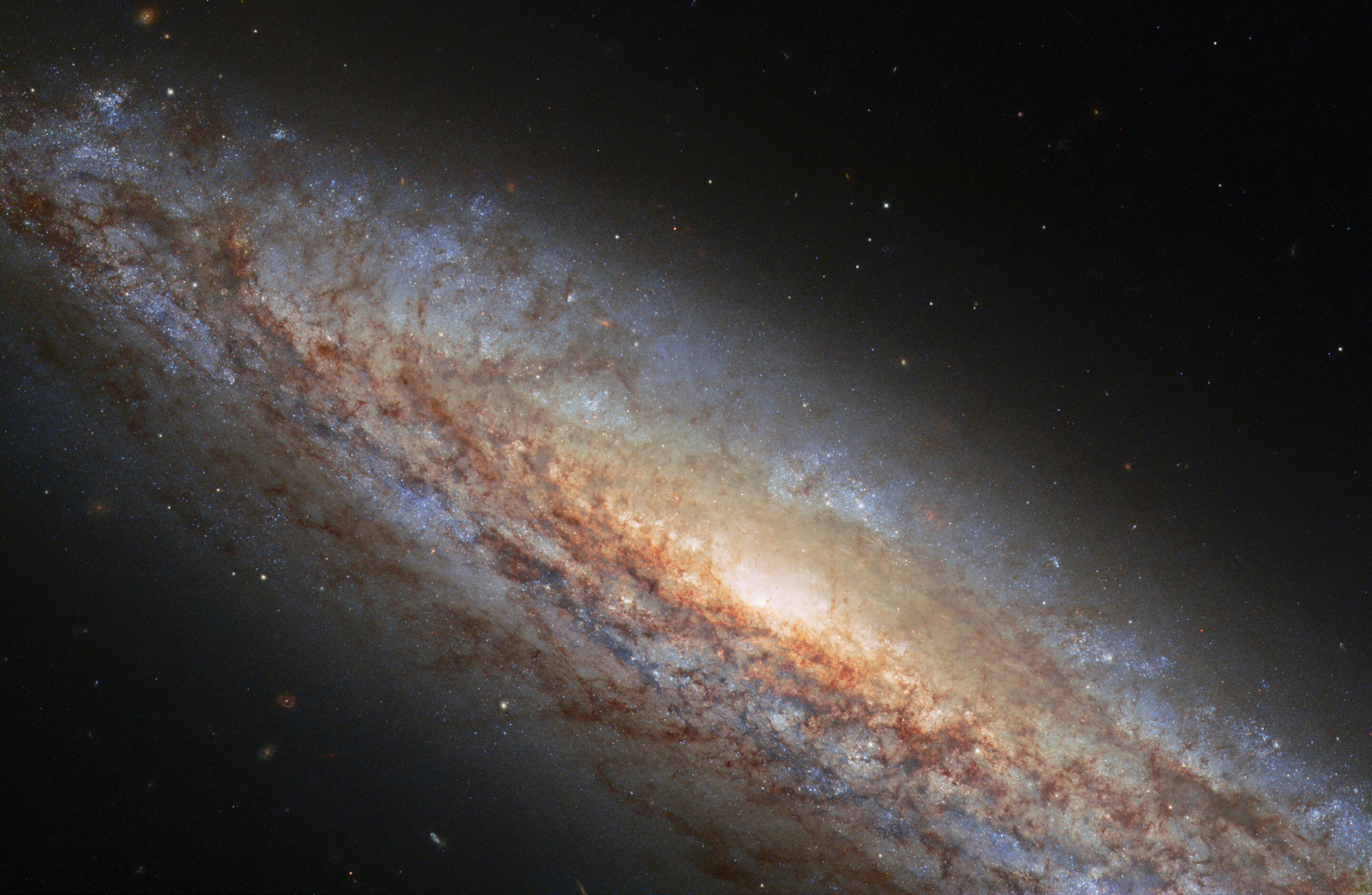 Credit: ESA/Hubble & NASA O. Graur; Acknowledgment by L. Shatz
This image taken by the NASA/ESA Hubble Space Telescope shows NGC 4666 at center stage. The magnificent spiral galaxy is located in the constellation Virgo, 80 million light years away. It is currently undergoing a very intense episode of star formation. Starburst galaxies are galaxies which rapidly form stars according to astronomers. NGC4666's starburst resulted from gravitational interactions between its nearby galaxies, NGC4668, and a dwarf galaxy. This is a small galaxy that is made up of just a few million stars.

NGC 4666's star-formation burst is driving an unusual type of extreme galactic weather called a superwind. This is a massive transfer of gas from the bright center of the galaxy into space. This superwind is caused by driving winds from both short-lived, massive stars that were formed during NGC4666's starburst and supernova explosions. NGC 4666 was home to two supernovae in the past decade, one in 2014 and one in 2019. The 2019 supernova's star was 19 times larger than our Sun!

Although the superheated gas torrent emanating from NGC4666 is enormous in size, it is barely visible in this image. The superwind's high temperature makes it visible as a luminous plume when radio observations or X-rays are made. However, it is not visible at the visible wavelengths captured by Hubble's Wide Field Camera3.