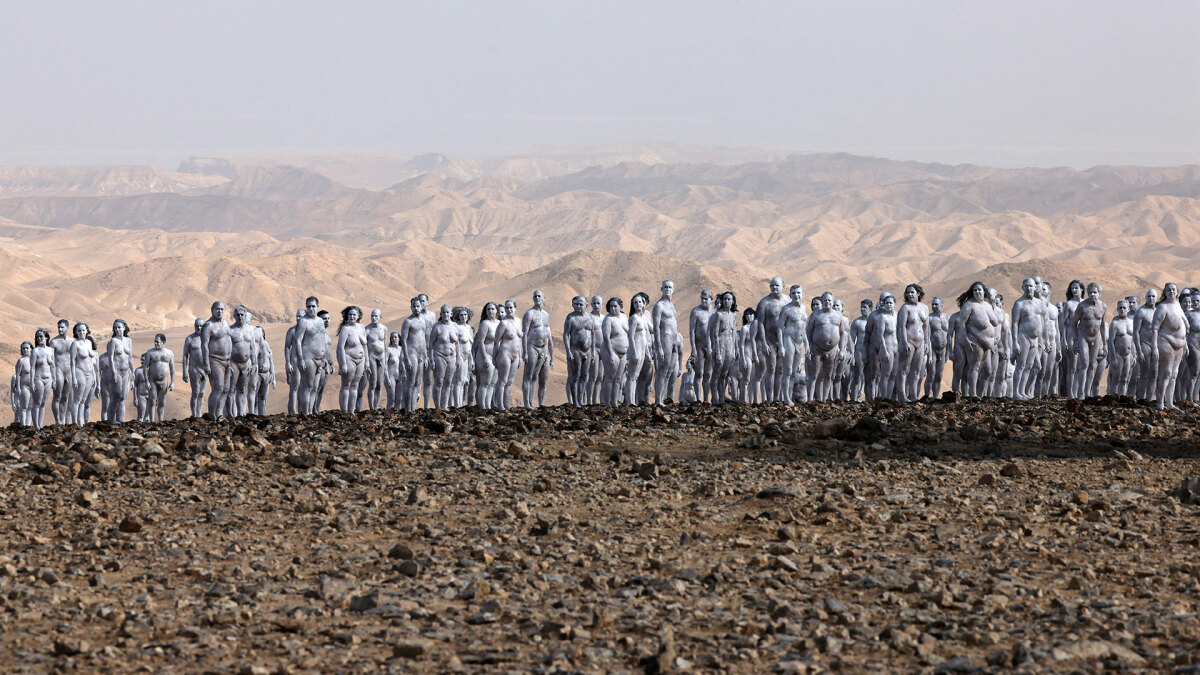 It is not common to see hundreds of naked people standing in the middle the desert, all covered with white paint.
This was the scene this weekend at the Dead Sea in Southern Israel. However, Spencer Tunick, an American artist, returned to the area to take photographs of his latest art installation.

Tunick, who had previously taken photographs of people near the Dead Sea, returned to the area for the third consecutive time to show what he called "ecological catastrophe".

CNN reports that Tunick stated during the event, "I'm here for the raising awareness of the receding waters at the Dead Sea."

The sea is the lowest point on Earth and recedes by approximately a metre each year. This may be due to the struggle for water resources in the area. Tunick photographed naked people in the water in the area 10 years back to raise awareness about the same problem.

Tunick stated that by linking an environmental issue to the human body, it shows both the vulnerability of the body against nature, and, in contrast, the vulnerability of nature caused by the body. CNN reported Tunick's comments. "Mankind can have a huge impact on a sea. This juxtaposition of the very fragile body against the Dead Sea, which are equally fragile, I believe will add new energy to the work, and people's conversations.

Spencer Tunick is not unfamiliar with nude photoshoots. The artist has taken photos of mass nude gatherings in Melbourne (Australia) and in protest against Donald Trump in Cleveland, U.S.A in 2016.
300recedingtunickgatherseareturnednudephotographeddisasterbodyareaecologicalvulnerabilitydeadhighlight
2.2k Like