New trailers: The Beatles: Get Back, Narcos: Mexico, The Batman, Hawkeye, and more 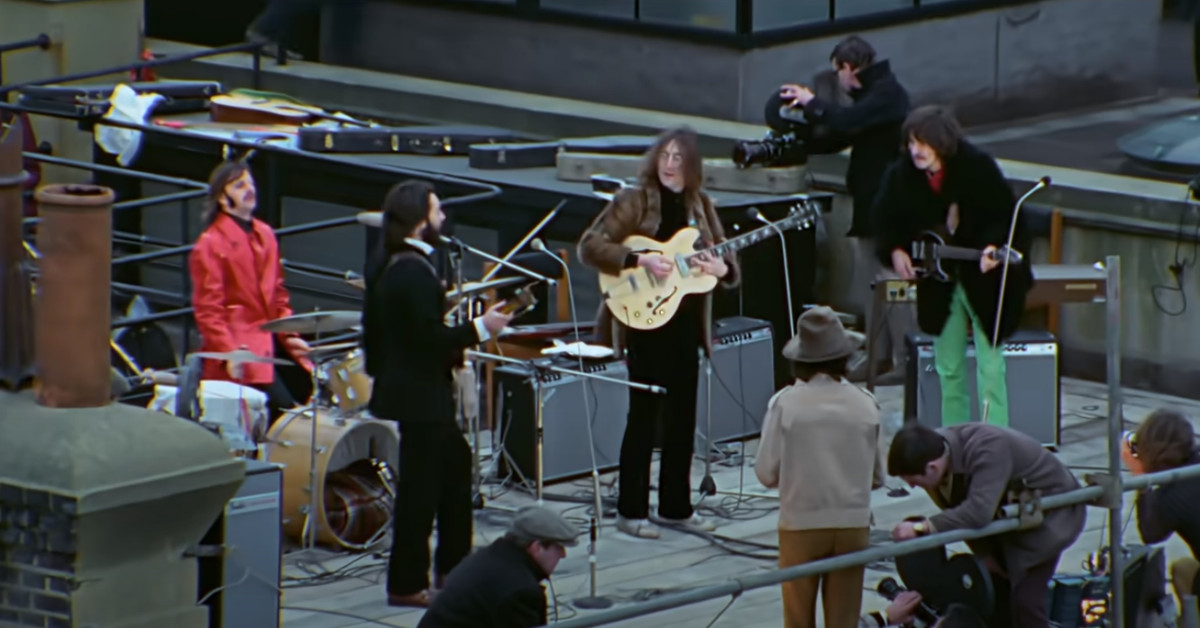 All of us celebrating Succession Day wish you a happy show. Tonight's show will return and I am looking forward to the dissonant chords of its theme tune and the sheer lunacy of my Roy family.
Yesterday, DC FanDome was host to a variety of trailers for TV and movie shows. The most popular trailer was for The Batman. The Black Adam teaser came in close second. There were plenty of trailers for non-superheroes as well this week, including a teaser for The Tragedy of Macbeth and Narcos: Mexico's new season. Another glimpse at Hawkeye, a time travel flick with a bizarre name, and a glimpse at the new Beatles documentary.

The Beatles: Get Back

According to the story, a film crew was allowed access to The Beatles' 1969 work environment. However, the footage had been kept in a vault and has only recently been released by Peter Jackson with the blessing of the Beatles and their families. It took them three weeks to record and write a new album. It is fascinating to watch the group work through their songs, which were only half-written back then. They also debated whether or not to perform live. Paul McCartney, as always, looks unbelievably young. It's quite poignant to realize that the film is about their final live performance on a London rooftop. On Disney Plus, The Beatles: Get back, directed by Peter Jackson will be available over three days on November 25th and 26th.

This second look at Marvel/Disney's series really leans in to the overall this is a Christmas show bit. Clint Barton/Hawkeye, his family, and their friends travel to New York to see Rogers, The Musical. According to the marquee, we get a glimpse at Captain America and Thor on stage, with a confused Clint in the crowd. The show's teaser, which plays to Andy Williams Most Wonderful Time Of the Year, doesn't reveal much more. It is somewhat disappointing. Hawkeye stars Hailee Steinfeld and Jeremy Renner. It will be available on Disney Plus November 24th.

The second trailer for Matt Reeves/Robert Pattinson's Dark Knight version dropped at FanDome. It is very moody and dark and features cool explosions, gunfire effects, rain and fire effects. However, I wish we had seen more of Paul Danos serial murderer Riddler (a far cry form the charming but silly Frank Gorshin version). Colin Farrell's Penguin is almost unrecognizable, while Zoe Kravitz plays the mysterious and flirty Selina Kyle/Catwoman. I am also obsessed with the Riddlers latte's question mark (I know it is an FX artist, not a barista but still). The Batman will be in theaters on March 4, 2022, after what seems like a hundred pandemic-related delays.

The Tragedy of Macbeth

Apple, I need more. These short teasers are not enough. Where is the knocking? Denzel Washingtons Macbeth asks, "What is that knocking?" Wait, mister! It's about to get real. Frances McDormand looks completely innocent as Lady Macbeth. Joel Coen will direct The Tragedy of Macbeth. It will be available in theaters on December 25th, and on Apple Plus TV January 14th. We will hopefully get a longer trailer between now-and-then.

This season is said to be the last for the excellent series on drug cartels. It's the third in the Mexico series, and the sixth for the whole Narcos franchise (multiverse?). The new generation of cartel leaders is battling for power. Add truth-seeking journalists to the mix and some ethically flexible agents from government agencies and you have a show. Season 3 of Narcos: Mexico will return to Netflix on November 5th.

Surprise, John Cena looks delightful in the teaser for Peacemaker. This series is a spin-off from The Suicide Squad. This series is set after the movie's events and provides some insight into the origins of Peacemakers. The series looks funny and entertaining. The first eight episodes were written by James Gunn, The Suicide Squad director. Cena is a star alongside Steve Agee and Danielle Brooks, Robert Patrick and Jennifer Holland. Freddie Stroma and ChukwudiIwuji will also be featured in Peacemaker, which premieres on HBO Max January 13th.

Needle in a Timestack

Names that are better for a movie with stars like these should be considered. Needle in the Timestack is based upon the 1966 short story by Robert Silverberg. We can live with that title. The trailer is not bad at all. A happy couple are disrupted by a jealous ex who goes back in time to alter their lives so they never meet again. Needle in a Timestack stars Orlando Bloom, Freida Pinto, Cynthia Erivo, Freida Pito, and Leslie Odom Jr.
mexicotrailerhawkeyetrailersteaserseasonworknarcosbatmantragedytheatersbeatlesreallymacbethseries
2.2k Like