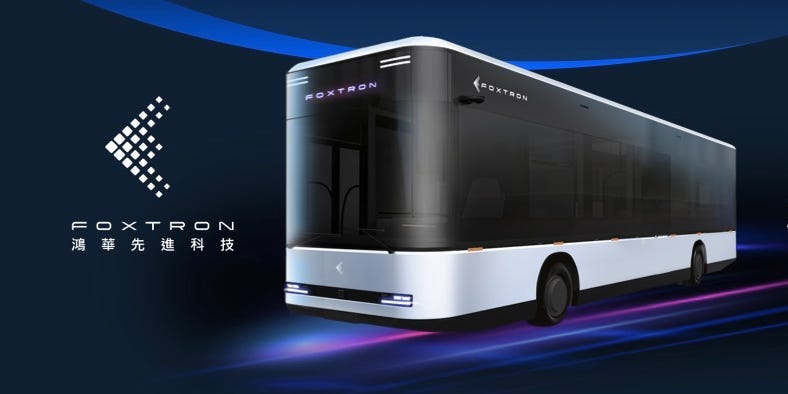 Foxconn plans to build a bus, sedan and SUV.

Since a while, we've known that Foxconn (the Taiwanese electronics company that built Apple's iPhone) wants to enter the electric-car market. We'll learn more about the company's plans on Monday.

Foxconn posted last week a video teasing three new electric cars it will unveil at its Hon Hai Tech Day on October 18. As established car companies and startups make big bets in the future of electric vehicles, tech firms such as Foxconn are also betting on it.

The clip shows a black sedan, with full-width light bars running along the front and back. The Pininfarina badge is located near the front fender. This indicates that Pininfarina, an Italian design house that has designed many Ferraris and Maseratis, was involved in the creation of the car.

The vehicle is not visible in the video clip. However, Foxconn gave a glimpse at the other two vehicles it plans to build: an SUV (or bus). Foxconn will build the EVs for the Foxtron brand.

Take a look at the video:

Foxconn announced in September that it would purchase the Ohio plant of Lordstown Motors, an electric-truck startup. The deal was worth $230 million. Foxconn will also take over the production of Lordstown Motors' first vehicle. Fisker, an EV startup, is also being used by the company to produce its vehicles beginning in 2023.
planningevsreveallooktheylliphonevideomakerstartupvehiclesedanloadingelectricvehiclesfoxconnherestech
2.2k Like