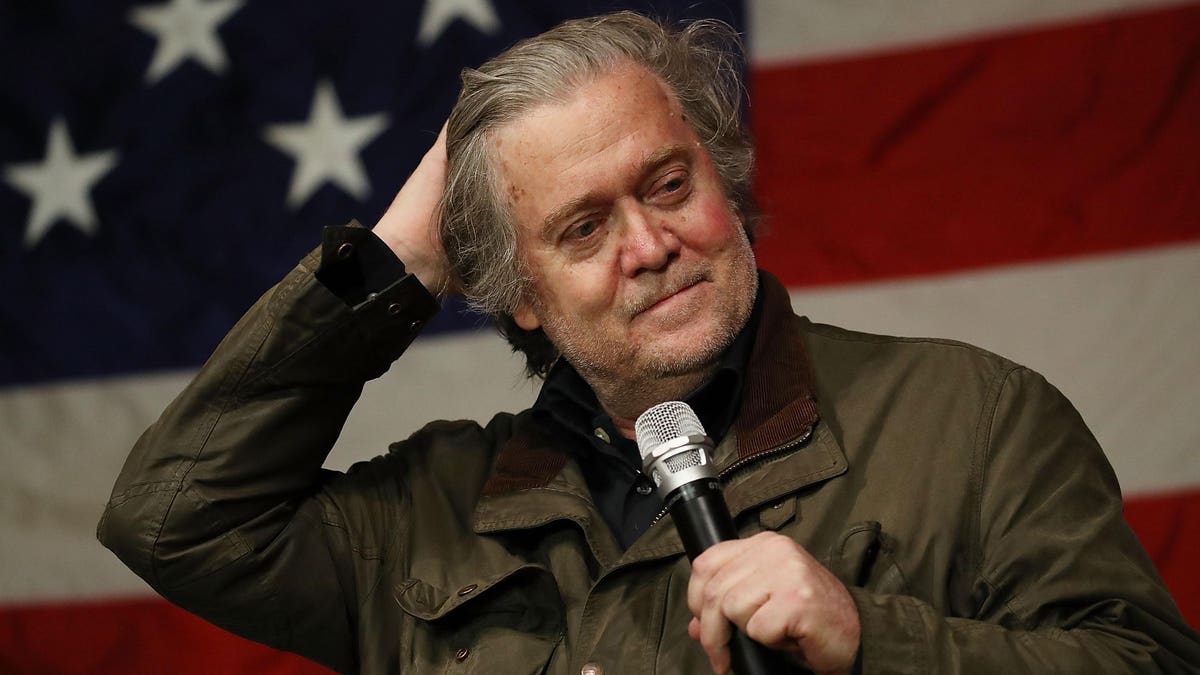 Topline
As lawmakers battle over Steve Bannon's refusal to testify, President Joe Biden stated Friday that he believes the Department of Justice should pursue anyone who refuses subpoenas from the House committee investigating January 6 riot.

Biden stated Friday evening that he hopes the Capitol riot select committee holds those who don't comply with subpoenas responsible. CNN's Kaitlan Collins asked Biden if the DOJ should pursue uncooperative witnesses. This was after he informed Congress last week that he would not hand over documents or testify in front of the committee. He cited former President Donald Trump's claim that Congress should keep secret the information they seek due to executive privilege.

Biden stated Friday night that he hoped the committee would pursue them and hold them accountable.

The House of Representatives will vote on the recommendation of the select committee to hold Bannon in contempt of Congress. The lawmakers could refer Bannon to federal prosecutors to face criminal charges. However, the DOJ has previously argued that it is free to decide whether or not to pursue criminal action.

Jen Psaki, White House Press Secretary, declined to comment on contempt Thursday. She told reporters that it was between the select committee and the Department of Justice. This independent agency would not make any of these decisions.

The January 6 committee, which includes seven Democrats and two Republicans, has subpoenaed several Trump associates and officials. This was to investigate both the immediate aftermath of the Capitol riot as well as Trump's attempts to reverse his election loss. They have subpoenaed former White House Chief Of Staff Mark Meadows, Jeffrey Clark from the DOJ and many others involved in pro-Trump rallies that were held prior to the riot. They are also looking for documents from Trump's era, including communications from January 6, and information on Trump's baseless allegations of voter fraud.