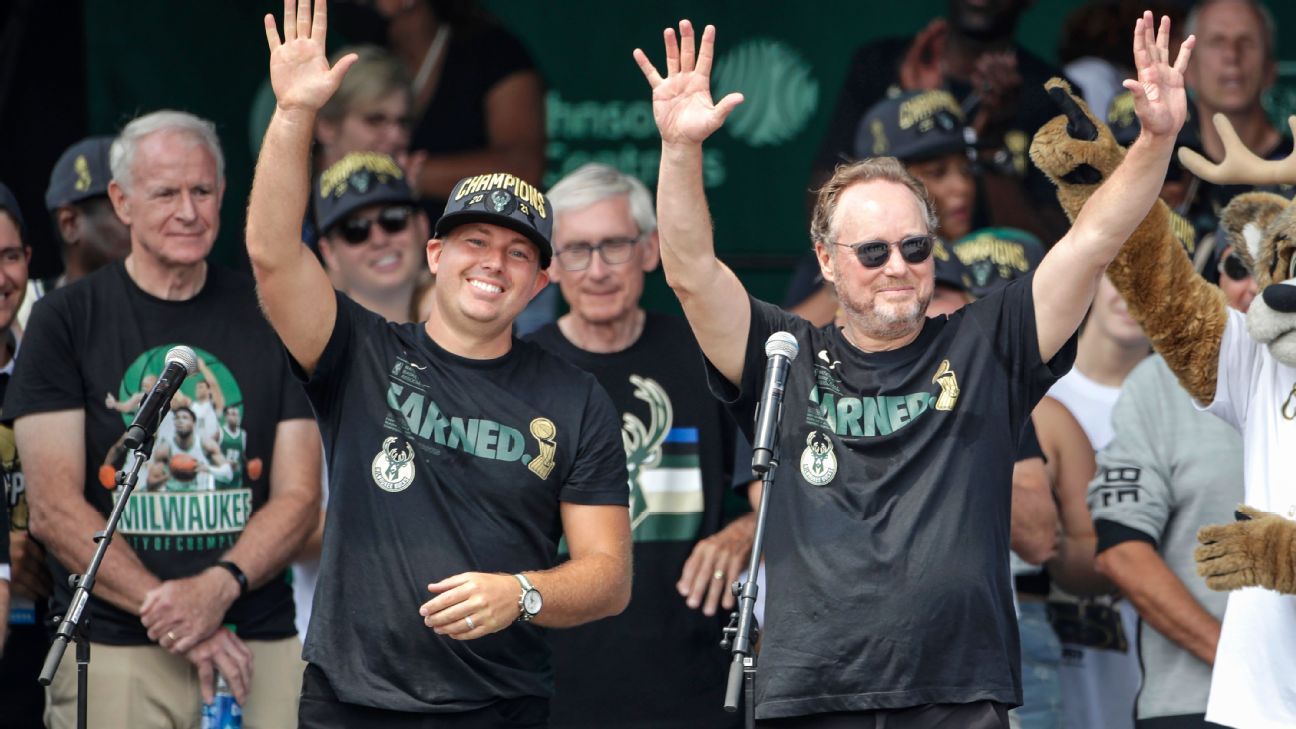 Jon Horst, Milwaukee Bucks general manger, has been awarded a long-term extension to his contract after he helped create the franchise's first NBA title in 50 years.
Horst still had one year on his contract. The Bucks announced his multiyear deal on Friday morning, negotiating with Brian Elfus, his agent, and team officials.

Horst's agreement is a sign of many key organizational members, including Giannis Antetokounmpo (NBA and Finals MVP), guard Jrue holiday, and coach Mike Budenholzer. Horst will be starting his fifth season in general management, which is a run that includes two No. Horst is the Eastern Conference's No. 1 seed and 2020-21 champion.

"With [ownership] Marc Lasry and Wes Edens Jamie Dinan, Mike Fascitelli and what those guys did for me and our family, my career and my family, giving me this chance and trusting in us, I'll always be grateful to them." Horst stated to ESPN on The Woj Pod. "... "...

Horst was named the NBA's Executive Of The Year for 2019. He has made key trades including Holiday and free-agent acquisitions including Brook Lopez. Additionally, Budenholzer was hired, who is a two-time NBA Coaches of the Year.

Horst (38 years old) was the NBA's youngest general manger when he was promoted to succeed John Hammond in 2017. Horst rose through the ranks in the Detroit and Milwaukee teams before becoming the Bucks' General Manager.
mikenbasextensiongeneraljonmilwaukeeincludingteamgmhorstbucksnbasignsmanagerlongterm
2.2k Like

Bucks' Marc Lasry 'Pretty Sure' Giannis Antetokounmpo Will Play in Series vs. Suns