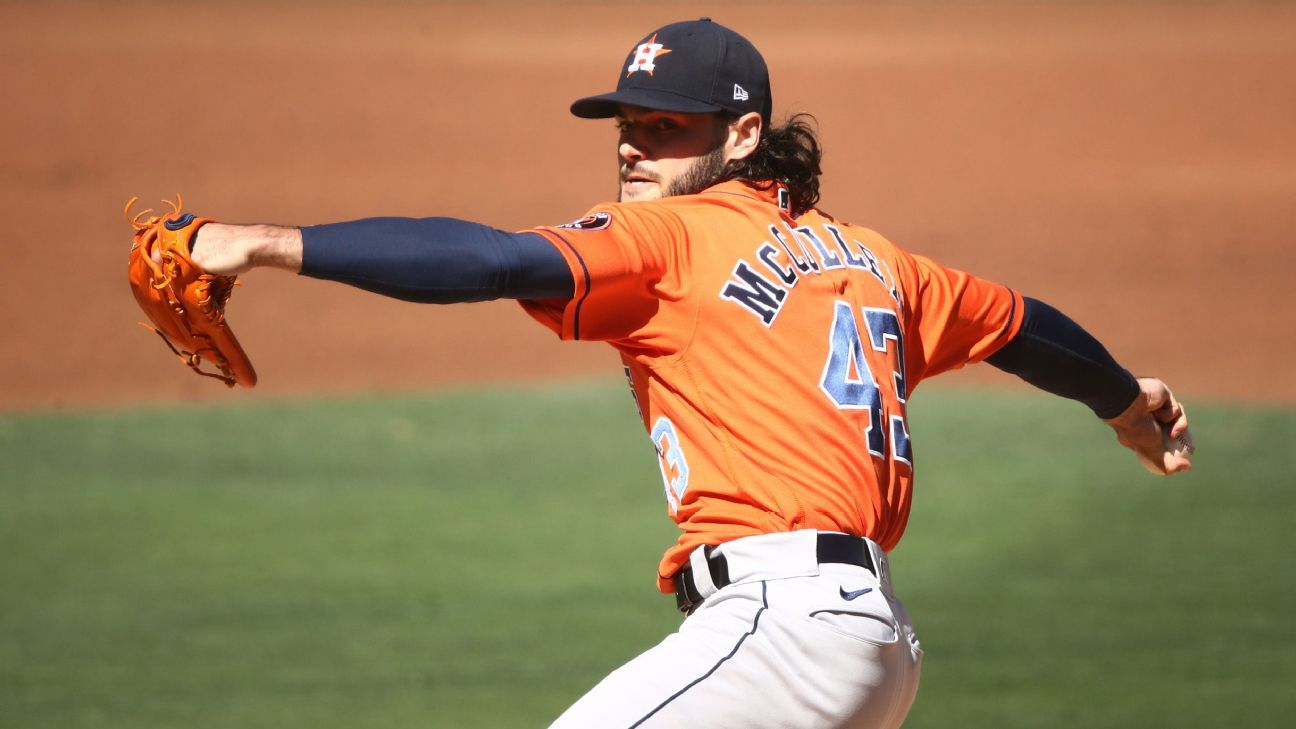 HOUSTON -- Astros ace Lance McCullers Jr. was removed from the team's roster to play in the American League Championship Series against Boston. This is a major blow for a team that hopes to reach the World Series for the third time in three seasons.
McCullers pitched a scoreless seventh inning in Game 1 against the Chicago White Sox. The forearm tightness caused McCullers to leave Game 4 after just four innings.

James Click, general manager, stated Thursday that McCullers was under evaluation as the team made its final roster decisions.

There has not been any word on the extent of his injury. However, there is always the possibility that he could be back if the Astros make it to the World Series. He is listed as part of Houston's taxi team for the ALCS.

Right-hander Jake Odorizzi will replace him on the roster. Odorizzi was dropped from the division series roster following a disappointing first season. Houston's only other major change is Blake Taylor, a left-handed reliever who will replace Garrett Stubbs as catcher.

The Red Sox kept the same roster as the ALDS, except that Austin Davis and Matt Barnes were replaced by Darwinzon Hernandez (left-hander) and Hirokazu Sawamura (right-hander).