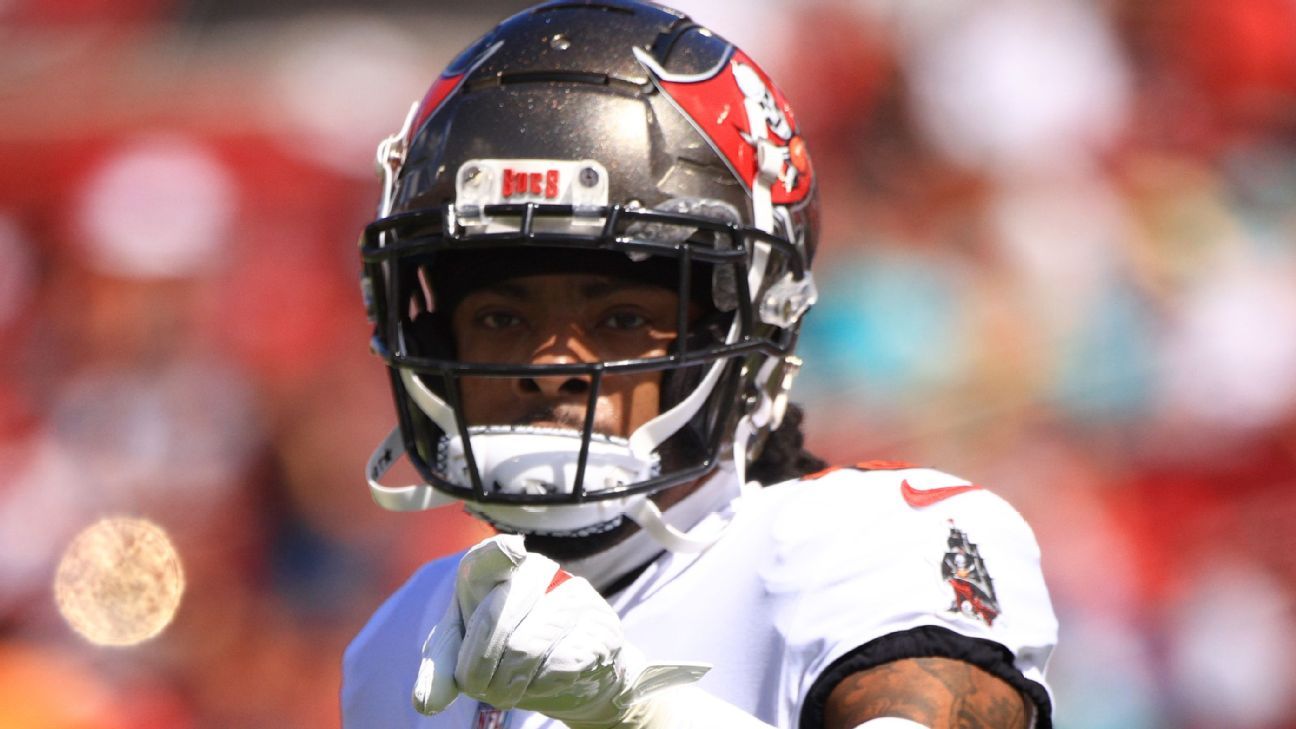 PHILADELPHIA -- The Tampa Bay Buccaneers' secondary, already plagued by injuries and missing three players, was dealt another blow Thursday night when cornerback Richard Sherman suffered a hamstring injury in the first quarter. He will be out for the rest of the game.
It occurred on the seventh play the Eagles' first possession. Jalen Hurts connected to Quez Watkins for an 23-yard reception. Sherman tried to sprint over to Watkins, but he pulled up.

Sherman was playing his third game in 12 consecutive days after signing with the Buccaneers Sept. 29, after not practicing or playing in 288 days. Sherman played every snap except one in his first game against the New England Patriots but admitted that he wasn’t in full football form.

In Week 1, the Bucs lost their starting cornerback Sean Murphy Bunting to an elbow dislocation. In Week 3, No. Jamel Dean, the cornerback who has since been back, was injured in his knee. They lost their top cornerback Carlton Davis in Week 4. With two drives remaining against the Patriots in Week 4 safety Antoine Winfield Jr. was injured. Both Murphy-Bunting & Davis are both on injured reserve without any timetable for their return.

Tonight is the 11th game in a row that Bucs defensive backs have missed this season. Sherman's signing was supposed give them some relief. The Bucs will be playing against the Eagles without their best inside linebacker, Lavonte Dave, on Sunday.
cornerbacksigninghamstringcbwatkinsinjurybucsphiladelphiatampaeaglesshermanearlyrichardweekshermansvslostexits
2.2k Like