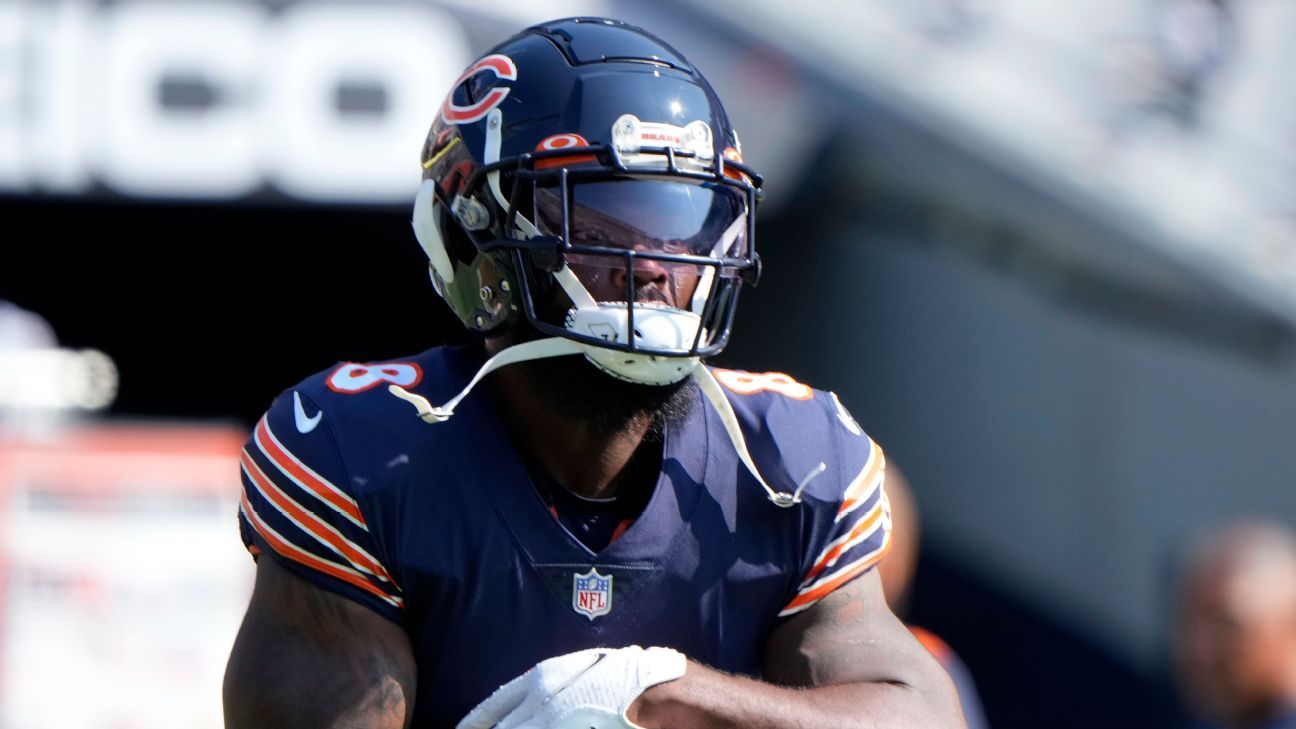 According to ESPN, Williams was added to the waiting list after he tested positive. He would be allowed to return if he has not developed symptoms and has been vaccinated. If he has symptoms after he's been vaccinated, he can return as long as he produces 2 negative tests within 24 hours.

He would need to be quarantined for at least 10 days if he's not vaccinated.

Williams's timing to be placed on the reserve/COVID-19 roster is problematic as the Bears already have David Montgomery, their running back, on injured reserve due to a sprained leg.

The Bears still thrived on the ground, even without Montgomery, in last week’s 20-9 win over the Las Vegas Raiders. Williams ran for 64 yards and one touchdown while rookie Khalil Herbert ran 75 yards on an impressive 18 attempts.

If Williams is not available Sunday, Herbert, Chicago's sixth-round draft selection from Virginia Tech, could play a bigger role on offense against Green Bay. Herbert started the year on special teams as a return man, but has since moved to offense due to Montgomery's injury.

Ryan Nall, a veteran running back for the Bears, is on the active roster. Artavis Pierce is on the practice squad.
vsherberttestsrunninglistvaccinateddoubtrbreturnstatusveteransundaysyardswilliamsgamebearsgreenpackers
2.2k Like