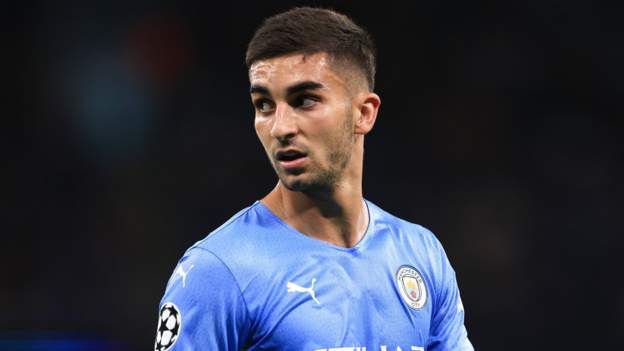 Ferran Torres, Manchester City's forward, has been out of action for between four and six weeks following a fracture to his right foot while on international duty.

After scoring two goals against Italy in the Nations League semifinal, the Spain international was replaced in the second period.

He was declared fit to play in Sunday's final but was forced to withdraw before the French won Milan.

The 21-year old is likely to miss important games for both country and club.

Pep Guardiola's team travels to Old Trafford to play the Manchester derby. There will also be a Champions League match against Paris St Germain in the next six weeks. Spain will face Greece and Sweden next month in the World Cup qualifiers.

City stated that Torres returned to Manchester to conduct tests and "will continue to be closely monitored".
internationalupdatedinjuryferranfoottorresweeksspainmancityruledworldforwardleaguemanchester
2.2k Like