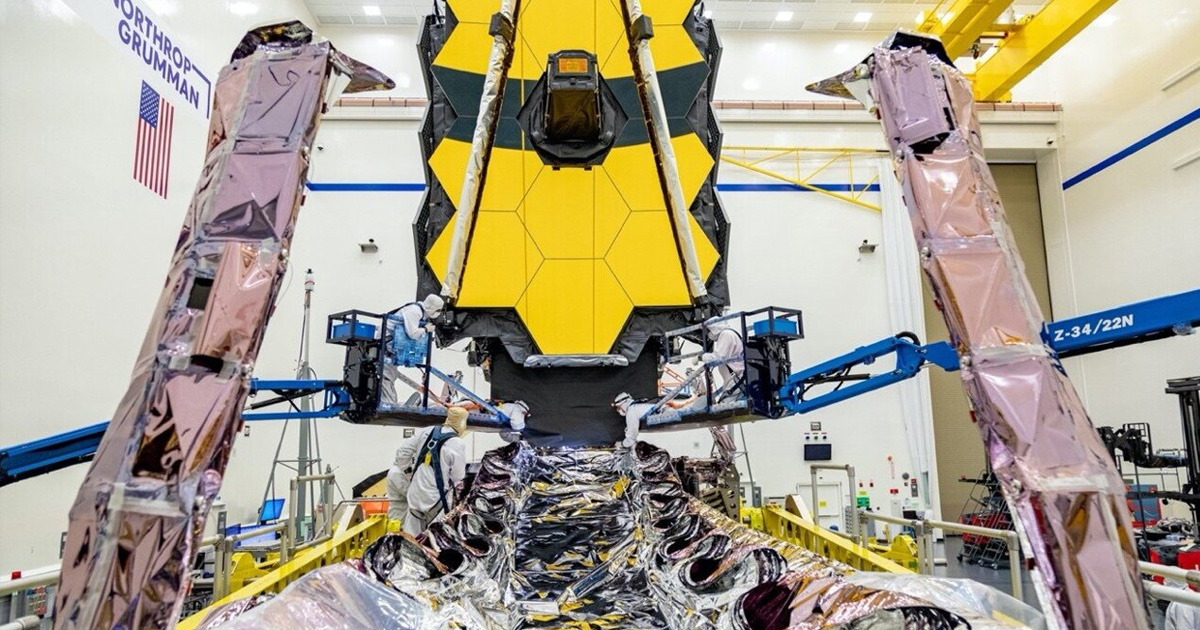 It just needs some final touches before it can be packed into a rocket.
Final Destination

After many years of delays and development, the James Webb Space Telescope has finally been prepared for launch.

The European Space Agency (ESA), which is a French territory in the northeast corner South America, has confirmed that the gigantic space telescope arrived at its French Guiana spaceport. The ESA's Ariane 5 rocket will launch the telescope into orbit using a slingshot effect caused by the Earth's rotation. The telescope is now ready for launch.

It was not an easy task to get the telescope to its launch location. NASA had to ship the telescope from California via the Panama Canal. This made NASA concerned about the possibility of pirates seizing the valuable cargo. According to Inverse, NASA kept the most details about the telescope's journey secret for security reasons.

Webb is a great example of international cooperation and teamwork, ESA Director for Space Transportation Daniel Neuenschwander stated in the announcement. Webb and his partners are welcome at Europe's Spaceport in French Guiana, where they will continue their adventure to a thrilling liftoff aboard Ariane 5 as well as to share the many Webb science discoveries to come.

The new orbital observatory is not for everyone. NASA has received over 1,200 signatures from NASA employees and researchers. They also have petitioned NASA to change Webbs' name to reflect the history of James Webb, former NASA Administrator, for persecuting employees on the basis of their sexuality.

NASA promised to investigate, but then quietly determined that there was not enough reason to change its name. This angered critics, including Lucianne Walkowicz (astronomer), who resigned from her position as NASA advisor.

Although it seems that James Webb's name is still being used, Walkowicz refuses to call it that and calls on other astronomers for the same.