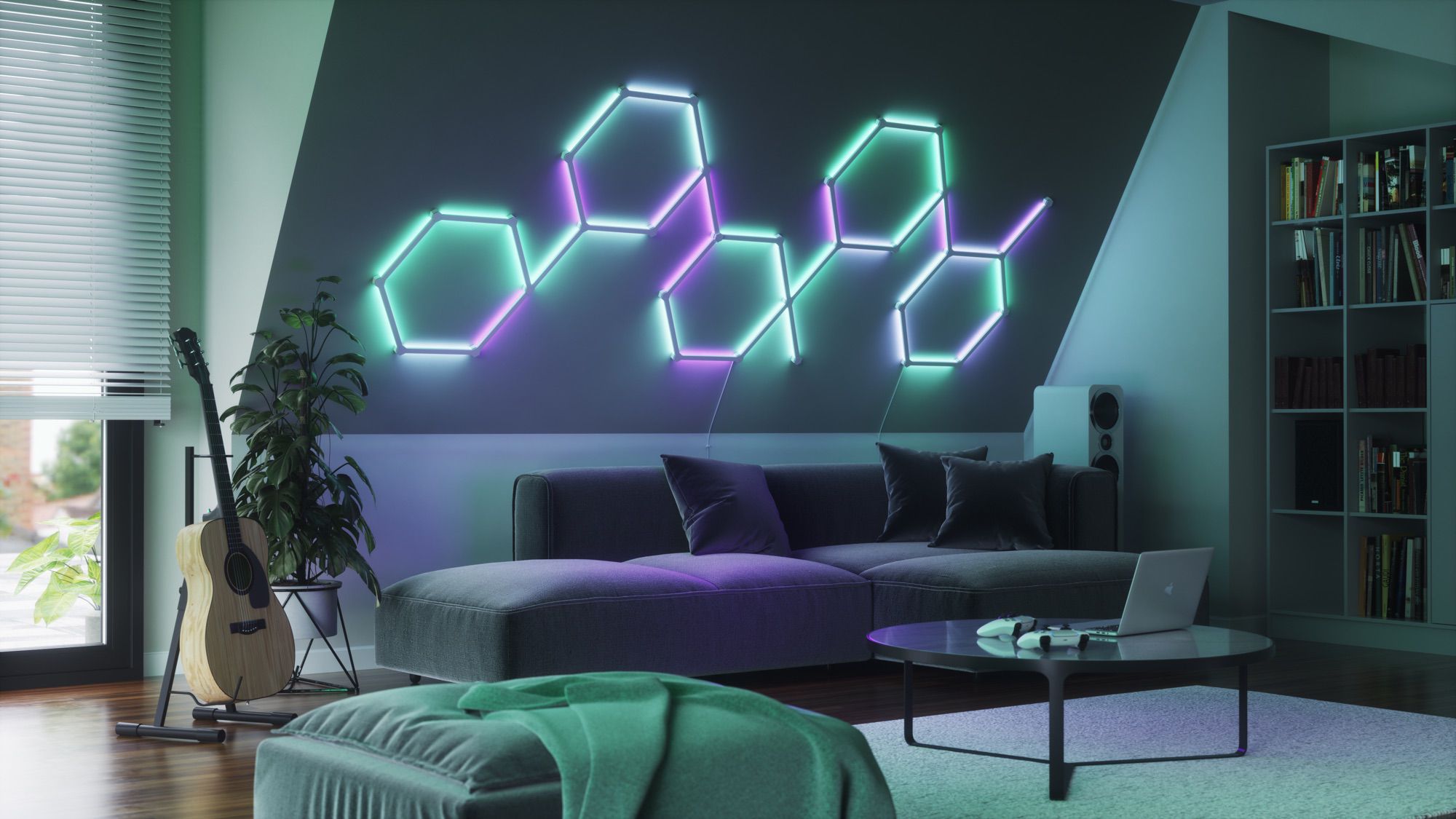 Nanoleaf announced today the launch of its latest lighting product, a series of LED light bars called Lines. Lines are modular beams with backlit illumination that can be arranged in different shapes and patterns.


Nanoleaf claims that the Lines combine smart lighting technology and a modern design to create a new form factor. Nanoleaf Lines can be connected at 60 degree angles and have dual color zones that allow you to choose two colors simultaneously.

The two colors can be blended using diffused backlighting, which allows them to create a unique look with the glow of the light on the wall. Mounting plates are included for mounting lines to the ceiling or wall. Nanoleaf will also launch Lines Skins in December to transform the Lines pink or black.

Nanoleaf allows users to "paint" lines with different lighting scenes. Users can also create custom scenes from millions of colors. There are 19 preset scenes, seven rhythm scenes and seven scenes that can be activated in time to the music.

Nanoleaf's new Rhythm Music Visualizer syncs with songs in real time to create dynamic color visualizations. These can be customized using 22 separate Rhythm Motions. Each Rhythm Motion can be used for a different type of music.

Lines can be used with Nanoleaf's Screen Mirror function to sync to the on-screen colors of movies and games. There are four Screen Mirror modes, each with a different intensity and speed of color transition.

Nanoleaf Lines, like other products from Nanoleaf, will be a Thread Border Router to the Nanoleaf Essentials series of lightstrips and bulbs. This will provide a more reliable, faster connection. Lines will also be compatible with Matter via a software update that is coming next year.