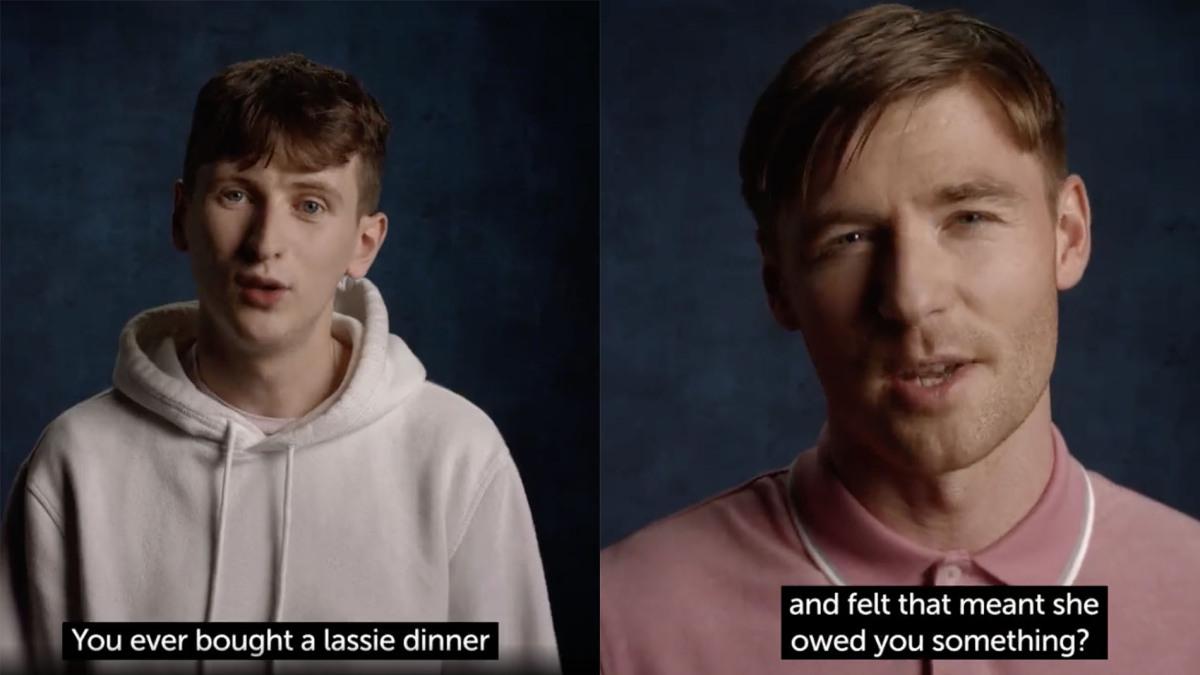 To tackle sexual violence we need to see societal changes. This starts with addressing misogyny, and then addressing male sexual entitlement.
Police Scotland's new campaign, That Guy, aims to openly discuss the issue with men.

The campaign includes a PSA video that addresses men and asks them about their past behavior towards women. "Ever been called a girl a 'doll'? The video starts. Or whistled at her as she walked down the street. Have you ever stared at a woman in a bus, or told your mate, 'I do this.'"

This video shows how rape culture manifests itself in men’s behavior and actions. From sending explicit photos (aka cyberflashing) to expecting sex after they pay for drinks or dinner to coercing and pressing women into having sex.

"Ever slipped into a girl’s DMs and went ahead with it, just showing her? Did you ever bring a lassie dinner to her and feel that she owed something to you? Did you ever get her three shots in one row hoping that you would get one of her? What .... then bundled her up, wasted her time, and took her back to your house. Did you ever guilt-trick her, pressure her, or push her into it? Then she left feeling like a lad.

That Guy encourages men to examine their beliefs and actions, according to a post explaining the campaign. A post on the website states, "Men: We can make a real change by taking a hard glance at our attitudes, behaviours, at home and at work, and socializing with our mates."

"Men must stop supporting a culture that dehumanizes, targets, minimizes and humiliates women. The post states that men should talk to their male relatives about behavior that is harmful to women and exposes them to the risk of being offended.

"Most men don’t see a problem in themselves, but it’s right in front of them. Sexual violence begins long before you realize it. The video ends with "Don't be that guy."
menvideoguyaddressespowerfulsexualpostdontmalestartsviolenceneedpsabehaviourentitlementwomen
2.2k Like