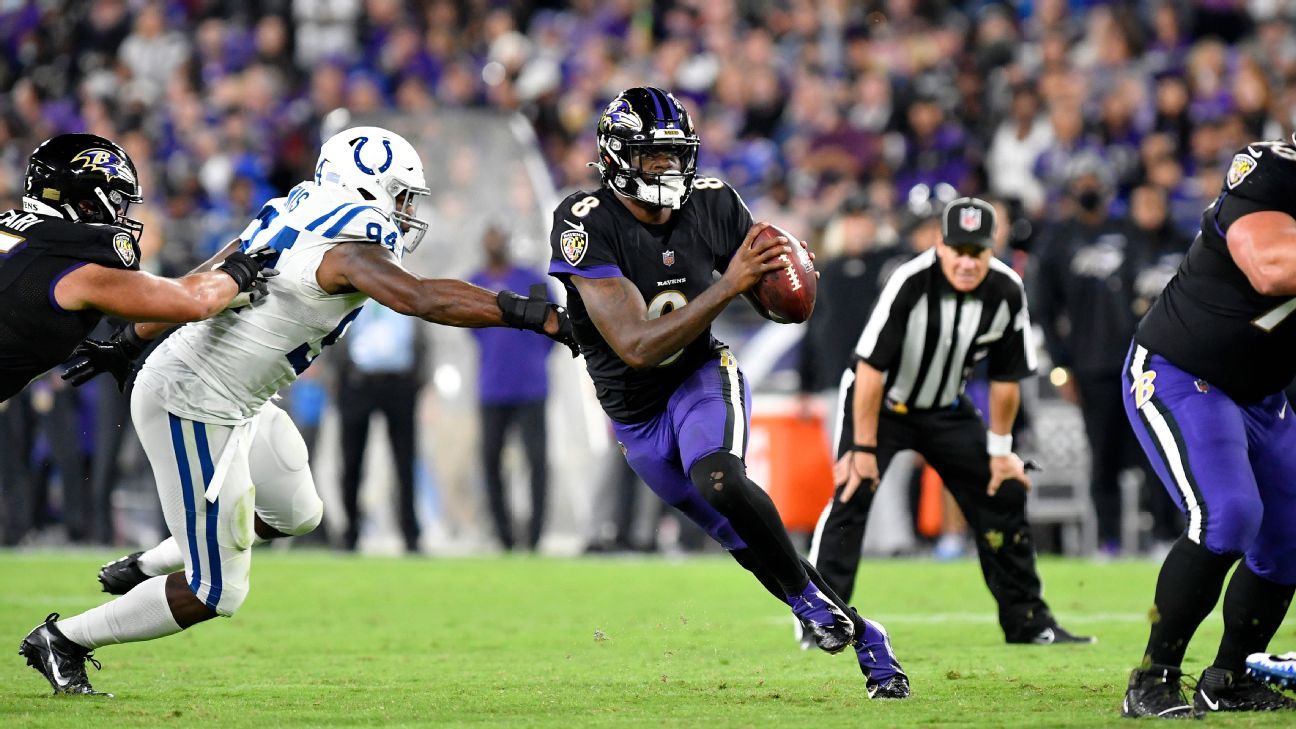 Lamar Jackson sets a new career record for passing yards, breaking the Colts' passing record, to help the Ravens win their comeback against the Colts. (1:30)
OWINGS MILLS (Md. Lamar Jackson, Baltimore Ravens quarterback, was so grateful for receiving his first roughing-the-passer penalty in almost two years that he shouted at Land Clark for calling it.

Jackson stated, "Mr. Clark. I appreciate that call," after Wednesday's practice. "I can still remember his name."

Darius Leonard, an Indianapolis Colts linebacker, was flagged after he hit Jackson during Monday's 31-25 win by the Ravens. Jackson had never received a roughing-the-pass penalty in his 620 career.

Jackson stated, "That was a pretty dopey call and it was fair too." Jackson said, "He did hit my face. It wasn't like he was making a BS call or anything like that. It was a great experience to be able to have one.

Jackson didn't realize that this was the first occasion an opponent was called to rough the passer since December 2019.

Jackson shook his head and said "That's insane." Jackson said, shaking his head. "I'm glad that I was able to get the call."

Jackson retweeted a few fans last week complaining that he wasn't getting flags against him for late hits.

Jackson stated last week that Jackson felt the league should protect all quarterbacks, and not just himself.
lamarrefshoutoutravensjacksonpenaltywasntgivespasserhitpassingnightweekroughingqbbaltimore
2.2k Like