As a Black broadcaster, how would I respond to a racially insensitive remark on air? 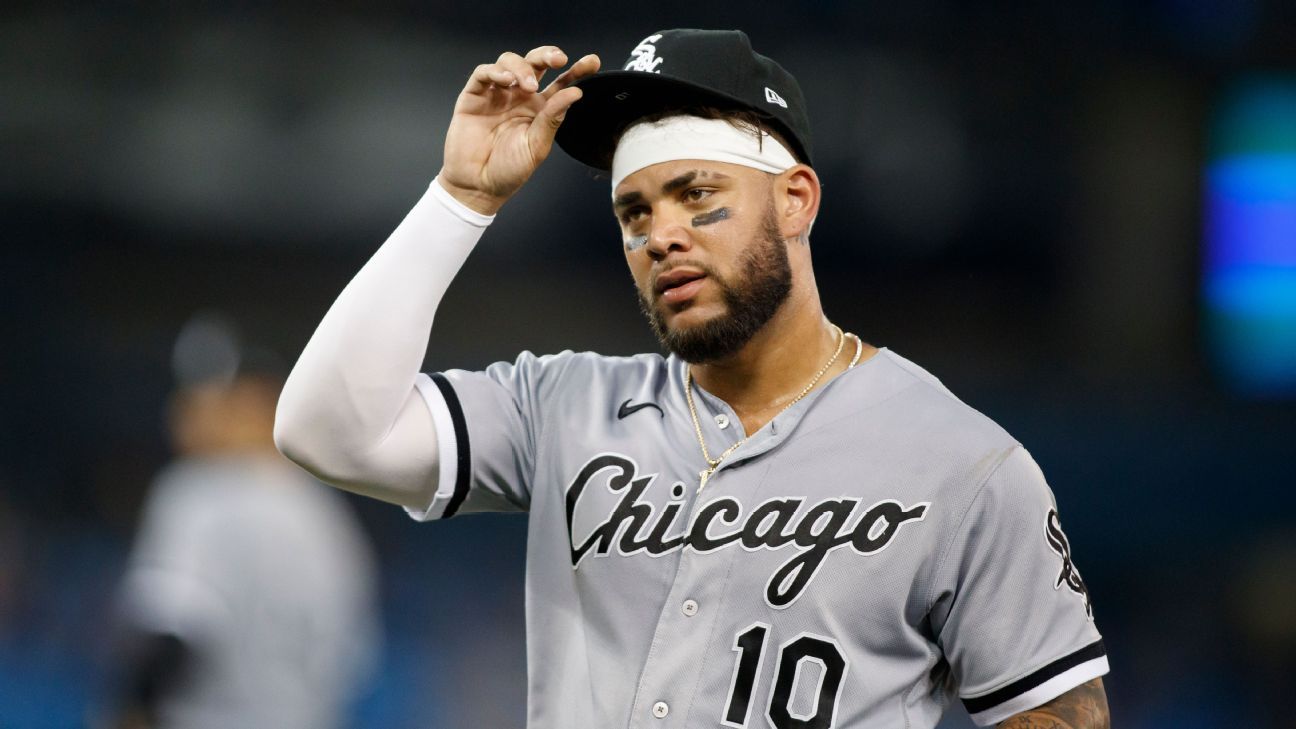 Now, the news cycle is moving on. The three teams that advanced to the championship series and Game 5 between the Giants and Dodgers should be the most important stories of Major League Baseball's postseason. Over the last few days, I've found myself trying to balance my passion and my job, sorting through the emotions of a moment which alienated a large portion of baseball's fans -- including me.
The American League Division Series game 2 between the White Sox and Astros was a heated on-air conversation that saw Buck Showalter and Jim Kaat go into territory that gave me cause to pause. Showalter, my former Rangers manager, changed from glowing adjectives to Moncada's value in explaining White Sox infielder Yoan Moncada’s extraordinary talent through the eyes and ears of evaluators. This realm often leads us to objectification, which then leads us to property. Kaat was quick to jump in. Showalter asked Kaat, clearly implying that he was complimenting Moncada, "Can I have one of those?" Kaat replied, "Get a field of 40 acres full of them."

I felt bad from the beginning of the conversation. But I didn't see it coming. It felt like someone punched me in my face when it arrived.

While we could go into great detail about history, the simple fact that "40 acres" refers to Reconstruction's promise to grant "40 acres and one mule" to "negroes now freed by the acts of War and the proclamation the President of The United States."

It was signed while Abraham Lincoln was president, and was reversed by Andrew Johnson in one political cycle. It is a very special, historic number. It first brought hope -- reparations to Black people for the destruction of war and slavery -- but then, after a promise was broken, it unleashed Jim Crow America.

This was a reference I encountered during a baseball game. It made me pause and wonder how we could have touched reparations for slavery during World War II while also discussing the importance of a Latin player. It was, at least, unknowingly, I hoped. It's been almost a week since I was confronted with the question of whether or not to say anything. Whether it is worth sharing on a larger scale, or whether it's better to just move on. My internal debate was answered by me deciding to at least try.

This is something I've experienced as a Black baseball commentator. It can be difficult to be a professional while also representing a minority. This is not about performing an autopsy on an unpleasant moment such as this. You have to do it publicly or privately because there is no guarantee that someone will stand up for you, given the risks involved. You must also consider "what if" as we do every day.

These are the conversations that I have with myself every day when I'm on-air. As easily as I can tell you a story on Jason Heyward's defense, I can also tell you a story about how he helped with issues that disproportionately affect Black people. Is that playing the "race" card? Being political? That is something I must weigh because so many people try to minimize the sincerity of broadcasters raising up race.

Because I believe that there are many ways to engage, and that sports can be elevated to something that can help people come together, I often find other ways. It isn't difficult to see how the game means so much more than what it communicates.

As you can see, there are many options for situations like these.

I could have replied indirectly. I could have used the talkback button to raise my concern to producers offline, so that they could address it through the appropriate channels. It is difficult to call a game. Talking for three hours is not an option, and your brain can be stuffed with information. Data, analytics and interviews. Sometimes it comes out wrong or your mind reacts with your mouth. It's impossible to understand every nuance of what someone said, and you don't want to make the same generalizations. It's easier to deal with strikes and balls than it is about racial history.

Or, I could have replied directly. I could have spoken on live TV to my dismay, even though I didn't know how it might be received. What would it be like to accuse an icon? Do I bring too much Blackness to the table and make too many people uncomfortable? How do you deal with it when you are upset without appearing to be in a negative way?

I am certain that I would feel compelled to respond to what was said. Based on my experiences in the booth and in the game, I understand what a comment like this can do.

When it was more common to refer to a player as cattle, I grew up in baseball. Players are depreciating assets that teams can use. Scouting is more blunt when it comes to a player's physical attributes, such as height or arm, leverage, and all the other attributes that can make him a potential success. We are bulldogs, horses, stallions, and studs.

These sideways compliments can obscure where they can take you, especially when it comes to people who were owned by our country and who still work every day to be included. Voting booth, housing policy, education, governance.

In responding on-air, my other option was to remain silent. It could have been internalized. Broadcasting requires a certain manner of conduct. It is important to consider whether you will contradict or call out someone, either on Twitter or live during a match. It doesn't necessarily have to be insensitive content. It's best to not do it. If you do do it, do so with care and smoothness, out of respect for your coworker.

So I wonder. Would I have been brave enough to leave the booth during the game? Would I have remained silent? Would my silence have been more helpful than that of another anchor?

The intent behind the statement is irrelevant in this case and many other instances. Kaat later apologized for his "poor choices of words", but it was too late. You don't need to be malicious in order to have a negative impact on someone. If the comment makes headlines or stirs up controversy, it is a Black man in middle. It's a man who plays games for a living and addresses hypotheticals. He also reviews his past experiences with racism to provide context. Black people are often pressured to ignore their feelings and continue playing for the greater good of everyone else -- until they're left questioning whether or not they even belong on the same playing field.

This is just a part of me. My role as a color analyst of colors is to bring my experience and create this space. Analysts can all bring their personal stories about identity. These stories can be universal and educative, but they can also bring about pain. Either we can ignore slavery, or recognize its remnants and how they still play a part in our society. A petition was circulated by a Kansas City school last week to restore slavery. This is not 1865.

A few years back, while I was calling a Cubs match, a Chicago fan placed a symbol behind me on camera. It could have been the white supremacy sign or the circle game. It was discovered by the Cubs and resulted in an indefinite ban.

It was one, it wasn't the other, but it was both and I had to deal with it. This ban does not change the fact I must tap into my racism experiences throughout my life. I also have to educate about the speculation about what was meant, that I might be accused of playing a racial card on a hand I never dealt. I may not be given credit for being a Black man, but I will have to be able patiently weigh the information. To be able to understand that words that have racial undertones, regardless of whether or not an indictment is forthcoming, I have had to be painful internal reckoning

All of us need to become more aware and educated about the past so that we don't make poor analogies. We must also see understanding as an evolutionary process, and allow people to grow. I would certainly like to be treated with the same respect.

It is important to remember that words don't just land in a vacuum. It is difficult to convey nuance and context when broadcasting. Millions of viewers are paying close attention to every word. Although this may seem like an additional burden for broadcasters, it doesn't make it any less true. This means we must understand the true impact and accept that our words can have devastating effects on not only the millions of fans affected by them as commentators, but also the industry professional who lives 1,000 miles away from the game that you are calling. He could be in the same booth with you.