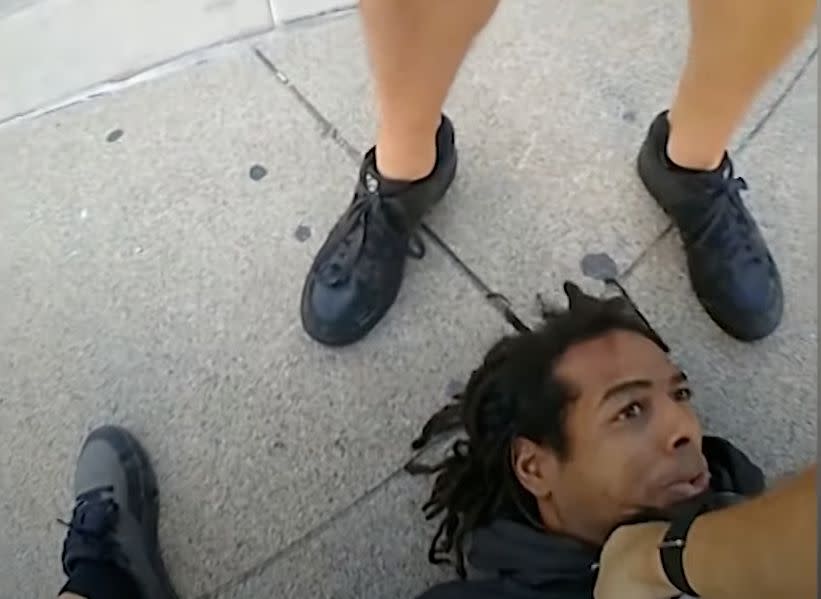 After a police officer was caught on camera stomping on an Indianapolis man's head while handcuffed on the ground, a federal investigation was opened.
The U.S. Attorneys Office for the Southern District of Indiana announced Wednesday it was investigating the Sept. 24, incident that led to criminal charges being brought against Indianapolis Police Sergeant. Eric Huxley.

The FBI and our office have launched an investigation. If the investigation uncovers prosecutable violations of federal criminal statutes the Department will take the appropriate action, said Acting U.S. attorney John Childress in a statement.

Randal Taylor, Indianapolis Metropolitan Police Chief, said that he was upset at the incident. He also shared footage from his body camera. It hurts me to watch any of our officers treat another person the way you are going to soon. It's not right.

Taylor stated that he had recommended Huxley be removed from the police force. Huxley was suspended with no pay while he awaits a recommendation from the Indianapolis Metropolitan Police Departments civil policy merit board.

Vaughn, a Black man, was confronted at Monument Circle by officers after being accused of being noisy and disorderly. According to a probable cause statement in the Huxley charges, which was obtained from The Indianapolis Star, Vaughn was arrested.

Below is graphic video (the body camera footage begins at 6:26).

Vaughn was not willing to calm down so police placed him in handcuffs. After Vaughn was restrained by officers, an officer tried to sweep Vaughn's legs. Video from body camera shows the officer pushing Vaughn onto the steps and instructing him to lean forward. Vaughn is then taken to the ground after a scuffle.

Vaughn is told by the officer that we are not going to do it. Vaughn appears to be looking up at him from the ground. The next instant, Huxley, an officer, appears to be walking up and pressing his foot on Vaughns forehead.

According to the affidavit Huxley claimed that he later kicked Vaughn by accident.