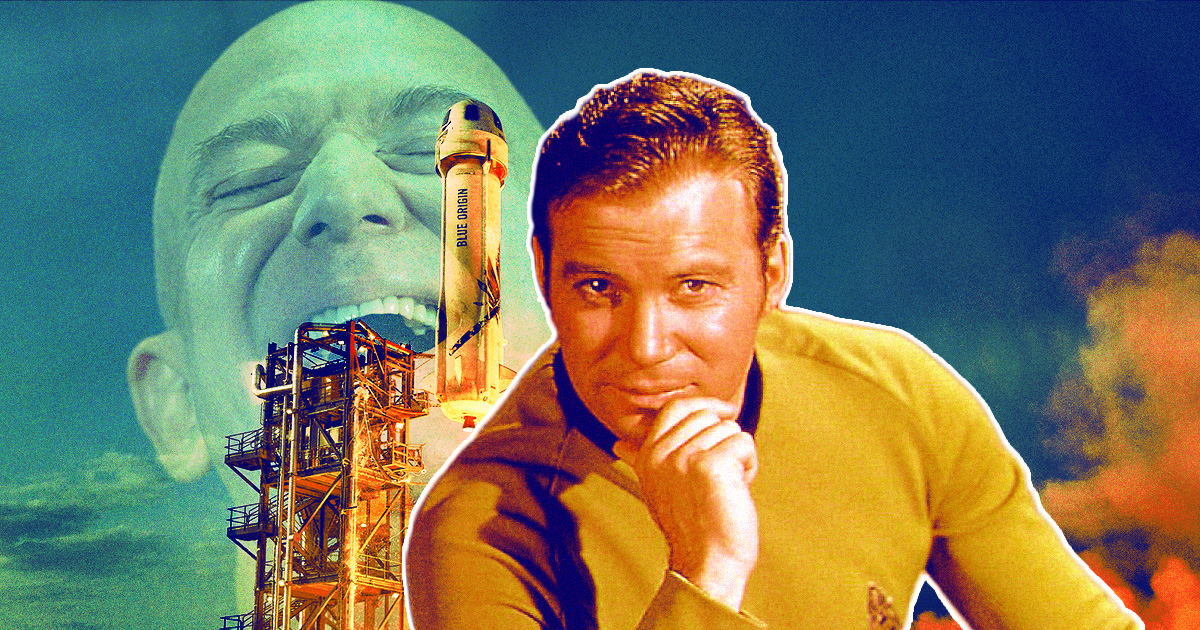 It was a awkward moment.
William Shatner, the Star Trek actor, was visibly overcome by the sensation of watching the Earth pass by as soon as he climbed out of Blue Origins New Shepard capsule.

Shatner and three other passengers reached an apogee at over 66 miles today's launch. This was just short of crossing the boundary of space.

However, he was unable to share the experience with Jeff Bezos, the co-founder of the company.

Bezos listened to Shatner's description of the experience for a while, but then turned his attention away from Shatner, who was clearly upset, and shifted his focus to champagne.

Bezos asked Shatner to give him a champagne bottle. I want one.

The billionaire continued to open the bottle, spraying Blue Origin employees using it, while Shatner watched, looking uninterested. Do you want some of this?

Shatner, on the other hand, was profoundly affected and refused to take a sip from a Bezos glass.

It was a bizarre and brief clash of priorities and wavelengths that captured what Bezos appears to be after: Building a profitable space empire with less emphasis on the philosophical implications of space travel.

Bezos should be commended for taking a few minutes to listen as Shatner spoke poetically about life and death after bubbly was poured on his friends.

It was so powerful, Shatner shared with Bezos. This is an incredible experience, and it should be possible for everyone on Earth.

He added that the blue color would be visible as it moves by. You are looking at black uglyness, this comforter of blue that surrounds us. There is mother Earth, comfort, and then there's death. Is this what death looks like?

Bezos looked at him almost incredulously. He muttered, "It's so beautiful."

He clarified that he meant his words.

Even though Bezos was partying, Shatner seemed to be truly moved by the experience.

He told Bezos that he hoped he never recovered from it. It is too precious to lose. It is so much bigger than me and my life.