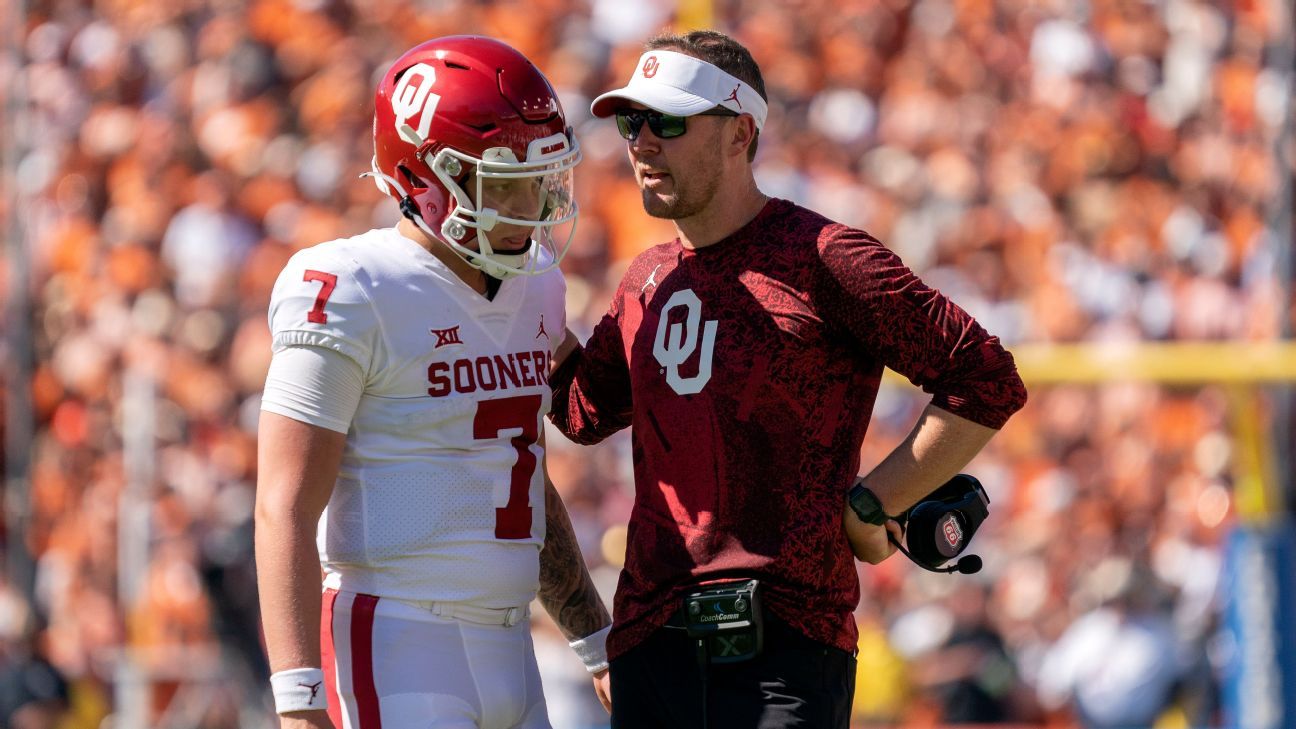 Lincoln Riley, Oklahoma's coach, said Tuesday that he doesn't plan to name a starting quarterback against TCU. This comes days after Spencer Rattler was replaced by freshman Caleb Williams who led the Sooners to victory over Texas.
Riley stated, "We'll be watching Saturday to see how it goes."

Rattler was forced to turnover twice early and Williams replaced him. Williams' 300 yards of total offense against Texas were the most by any true freshman. He led the Sooners to a win in the Red River Showdown, where he won a 55-48 victory. This was just the latest controversy in a series of poor OU offenses. Oklahoma students cheered Rattler's interception during a win over West Virginia, 16-13, on Sept. 26 and chanted "We want Caleb!"

Rattler stated that fans pay for their tickets in an interview with ESPN on "College GameDay". "At that point, we weren’t moving the ball as we wanted. That was evident."

Riley stated that there are never any guarantees. Riley said, "You cannot predict the future. But I would anticipate having both those guys for the remainder of the season."

Riley stated that he doesn't like the idea of rotating quarterbacks during a game. He cited challenges in the game's rhythm or having to deal different game plans. He stressed however that having two quarterbacks is an option for him.

He said, "It's a hell of a lot harder for me if it's between two guys I feel aren’t ready." "I am choosing between two very good choices that I believe can both go play extremely well -- and they have played extremely well."

Riley supported Rattler in the face of social media speculation that Rattler was "selfish."

Riley stated, "I mean that could't be further off the truth." "And as a coach, you don't let a guy in there if he's selfish or not mentally locked into. He's not ready for the team."

He reiterated his belief that Rattler returned to the field for the 2-point conversion play, which tied the score at 41-41.

"I don’t know how to answer that question in one sentence. I could give you a summary of the guy and his team, but it would be difficult for me to provide a complete picture. It's not an easy journey. Riley stated that he has been a great teammate all the way. He's not perfect. He's still learning, growing, and has made mistakes just like us at that age. But, if we have seen his worst, it's likely that he will be okay. He is a great kid and a very good player. He has a lot of bright and big days ahead of him."
startingqblincolnhavingtcuhesmumdaysoklahomasrileywilliamsplaythinkwinrattlergamegoes
2.2k Like