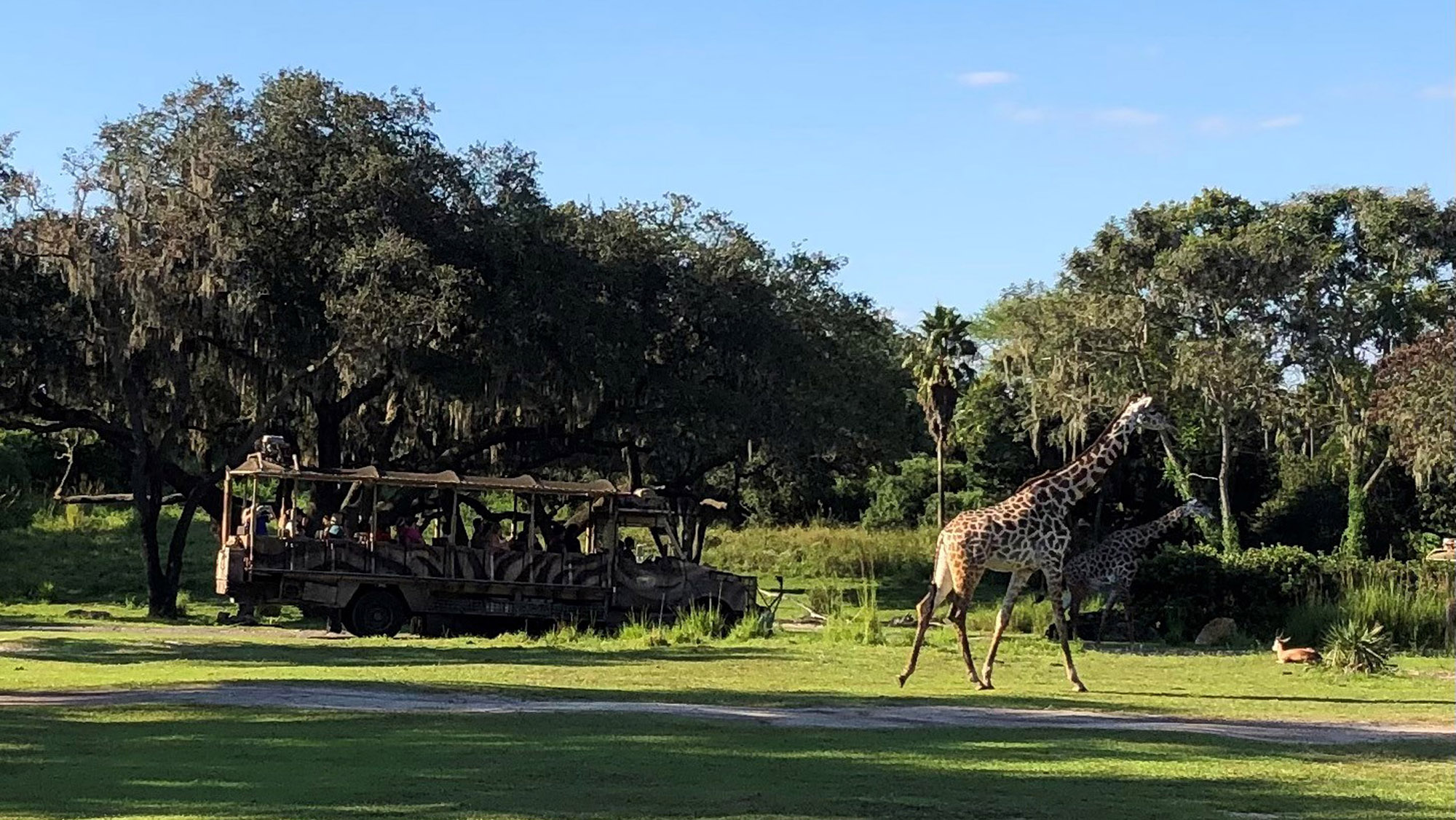 I had never been to Walt Disney World's Animal Kingdom park, so when I went there late last month, it was a surprise that I didn't think it would be better than other Florida animal attractions.
I ought to have known better.

The animal exhibits were excellent, as was the food and shopping. I also found the themeing and theming to be very creative. Animal Kingdom's rides are a class apart. One of the best rides at Disney World is this one.

My visit to Animal Kingdom was at the beginning of a two-day stay in Walt Disney World to celebrate their 50th anniversary. The plane I was on was late so I had to make the most of the remaining time before closing.

The Mombasa Marketplace is a shop located in the Africa section at Animal Kingdom. Photo credit: Tom Stieghorst

With a plan, I arrived just before 5 p.m. With luck, I would be able to complete four activities before the park closed at 7 p.m. I was determined to see animals so the Kilimanjaro safari would be my first stop.

Avatar Flight of Passage was also highly exciting. However, it was best to save it for the end of the day in order to avoid the long queue. I was left with two options. Disney lists 173 attractions within Animal Kingdom on their website so I was prepared to miss a lot of great stuff.

The hike to the safari tour entrance was quite a steep one, but I enjoyed the Animal Kingdom atmosphere. The landscaping is amazing throughout the park, and I was particularly impressed by the Africa section's themeing. Even though I have never been to Africa before, the bazaars and markets were exactly like what I saw in photos. However, it was done in a Disney-like way.

A safari is a 20-minute trip through a forest or savanna in a 32-passenger truck that looks like a safari vehicle. The expedition truck's cab has a carefully curated collection of gear and baggage that is secured with bungee ropes. My sunset tour was attended by a few people, so social distancing wasn't an issue.

Disney claims that it has 34 species of wildlife on Harambe Wildlife Reserve's 110-acres. I believe I saw the majority of them during the tour. Although we didn't see the entire Big 5, I did check off elephant and lion. It was a delight to see the Cheetahs waking up from their nap. An ostrich was rolled in dirt by giraffes, while wildebeests gamboled and grazed on the ground.

It was a huge step up from Magic Kingdom's Jungle Cruise.

After my safari, serendipity took control and I ended up exploring the Gorilla Falls Exploration trail. It was a wonderful combination of real animals with Disney-quality theming. A hippo was seen walking into a pool from the observation wall. Nearby meerkats were frolicking and vocalizing.

I needed to get at least a light meal before the park closed so I went to Flame Tree Barbeque. They had a great pulled pork sandwich with cole slaw and baked beans.

Three down, one more

I set out for Pandora, an alien moon that was created for the science fiction film "Avatar" in 2009. When it created Animal Park's Pandora, Disney Imagineering was at its best. The floating mountain structure of the park must be seen to be believed.

As I made my way to the front, I was thankful for the reminder to keep the best for last. It's a 3-D flying simulator similar to Epcot's Soarin'. However, it's viewed from the back of an animated dragon, in an alien universe. Riders are warned about motion sickness and fear of heights. It's fun if you aren't prone to these things. I wanted to go back on the bike.

It was closing time, alas. However, I was pleased to have finished my abbreviated agenda. Animal Kingdom is not a park that you can visit in two hours. Next time, I will brave the lines and be there when the doors open.
visitworldanimaldisneymakingparksafaritourridethemingparkskingdomalltooquick
2.2k Like