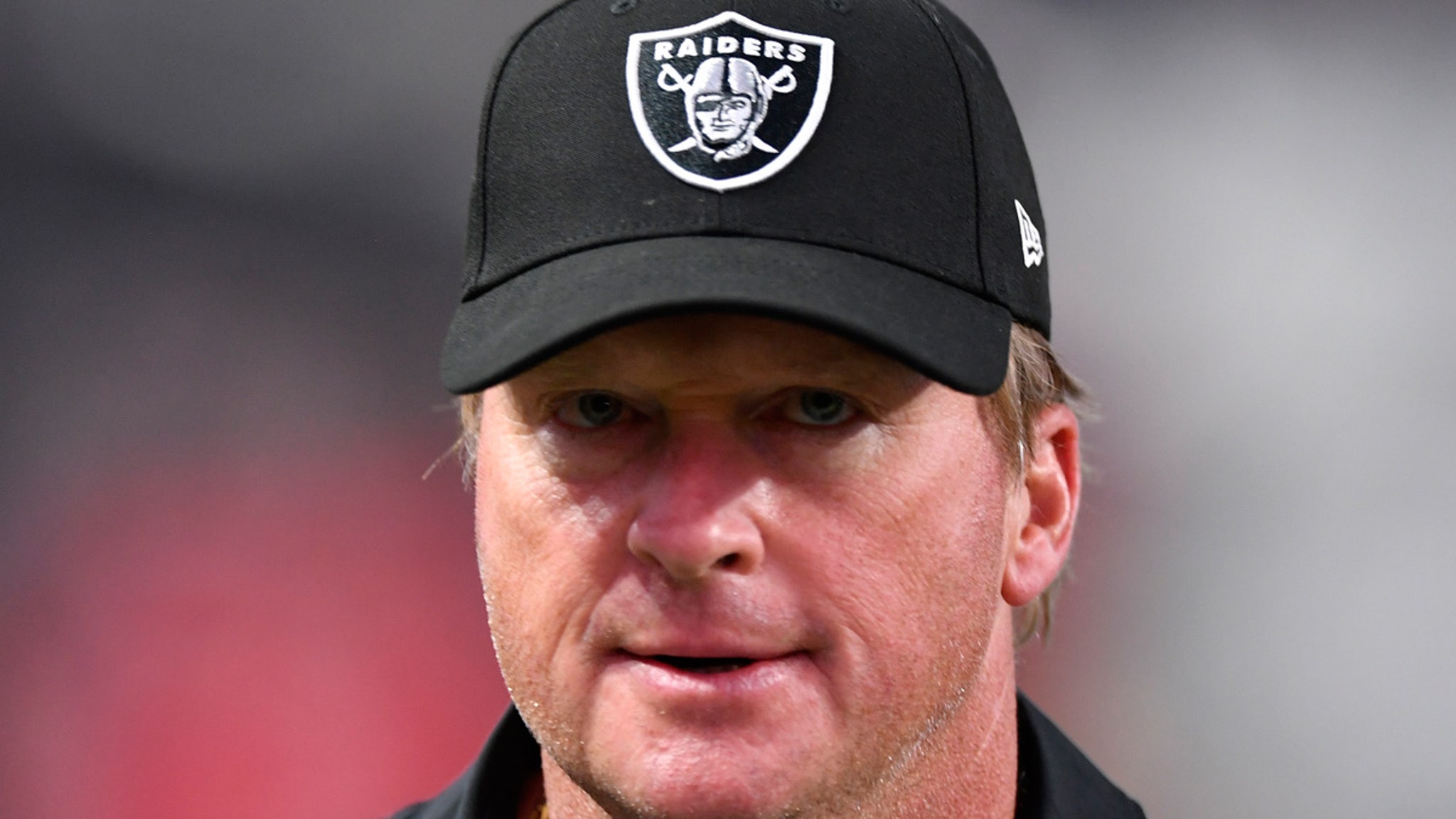 Jon Gruden is experiencing worsening circumstances. His emails aren't just racist, but he's also using homophobic slurs against Roger Goodell.
Gruden, who has already apologized for an insensitive email he sent in 2011, referred to the NFL Commissioner in emails obtained by The New York Times as "f *****"" and "clueless Anti-football p ****"...

Gruden also said that Goodell shouldn't have pressured Jeff Fisher, former NFL coach, to draft "queers", in 2014. This refers to Michael Sam, who was the first openly gay player to be drafted into the NFL.

Gruden might not like the homophobic language. Gruden is currently the coach for the Las Vegas Raiders. They have defensive lineman Carl Nassib, the first openly gay active player.

According to The New York Times Gruden sent emails between 2011 and 2018, when he was not playing pro football but working as an analyst at "Monday Night Football" (ESPN).

Gruden's emails included mention of Joe Biden and Barack Obama, with Gruden criticizing Obama during his 2012 campaign and calling Biden "nervous and clueless" ****."

We reported that Gruden has been in the hot seat ever since an email in 2011 was leaked. In it, he claimed that DeMaurice Smith, the president of the NFL Players Association, had "lips as big as Michelin tires".

Gruden, who lost to the Chicago Bears on Sunday, apologized for sending the racist email again. He said he didn't have "an ounce" of racism in him.

Gruden also mocked Caitlyn Jeanner in emails, according to the new report. Gruden received an award from ESPN for Caitlyn Jenner's transition in 2015.