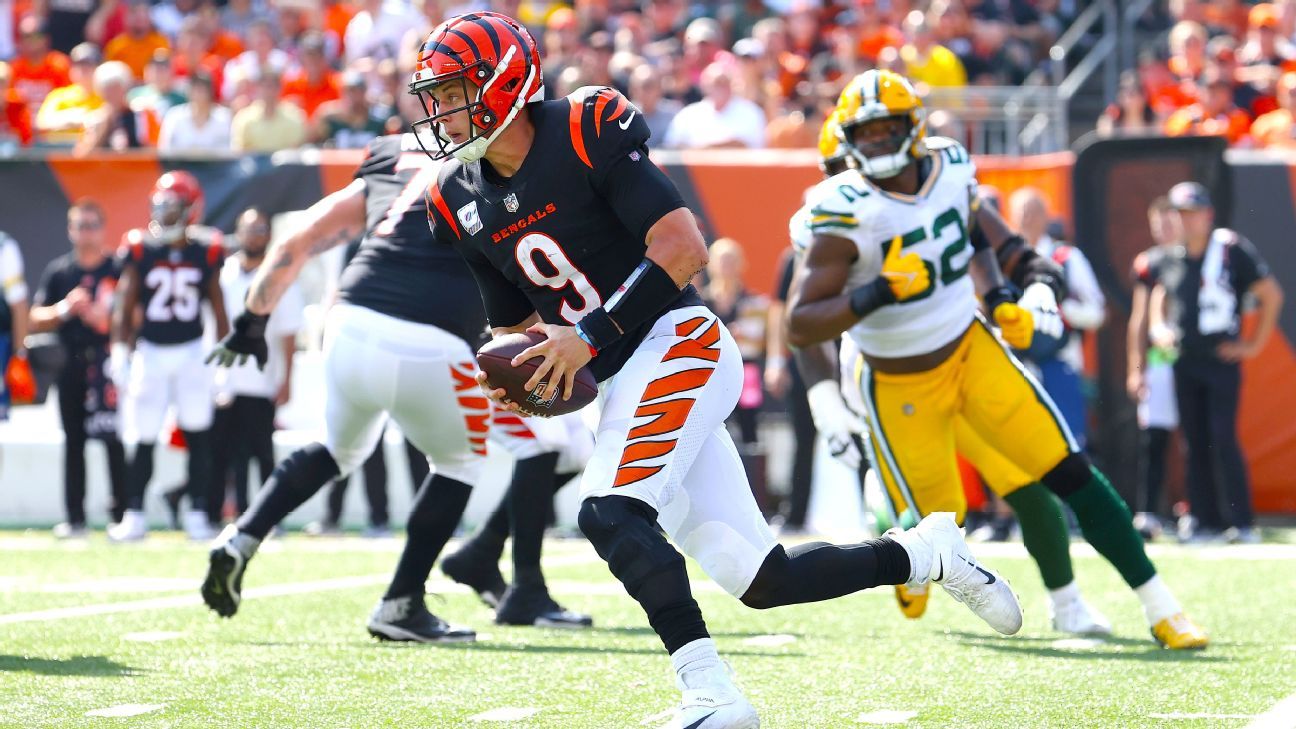 CINCINNATI -- Cincinnati Bengals quarterback Joe Burrow has been discharged from a precautionary hospital for a throat contusion. Coach Zac Taylor stated Monday.
Taylor said that Burrow had difficulty speaking after Sunday's 25-22 overtime loss by the Bengals to the Green Bay Packers in Cincinnati. Burrow was taken by ambulance to a local hospital, where he was to receive his postgame news conference.

Taylor stated that Burrow was at the team's facility Monday morning. He is expected to play against Detroit Lions on Sunday.

Taylor stated that Taylor was able to tell Taylor that he felt better as the night progressed. "As soon as he woke up, he was in the facility and ready to go.

Taylor stated that Burrow wasn't required to remain overnight during evaluations. According to Taylor, the third-year coach of the Bengals said that the team does not know the exact time the incident occurred.

Burrow took a huge hit towards the end of the first period that put him on the ground for several moments before he finally got up. The game was over and Burrow finished it with 26-of-38 passing, 281 yards, two touchdowns and two interceptions. He was also sacked three more times by the second-year quarterback. The Packers had eight quarterback hits.
facilitycincinnatifollowingtaylorpackersmorninghospitalburrowtripjoeokquarterbacksayqbbengals
2.2k Like