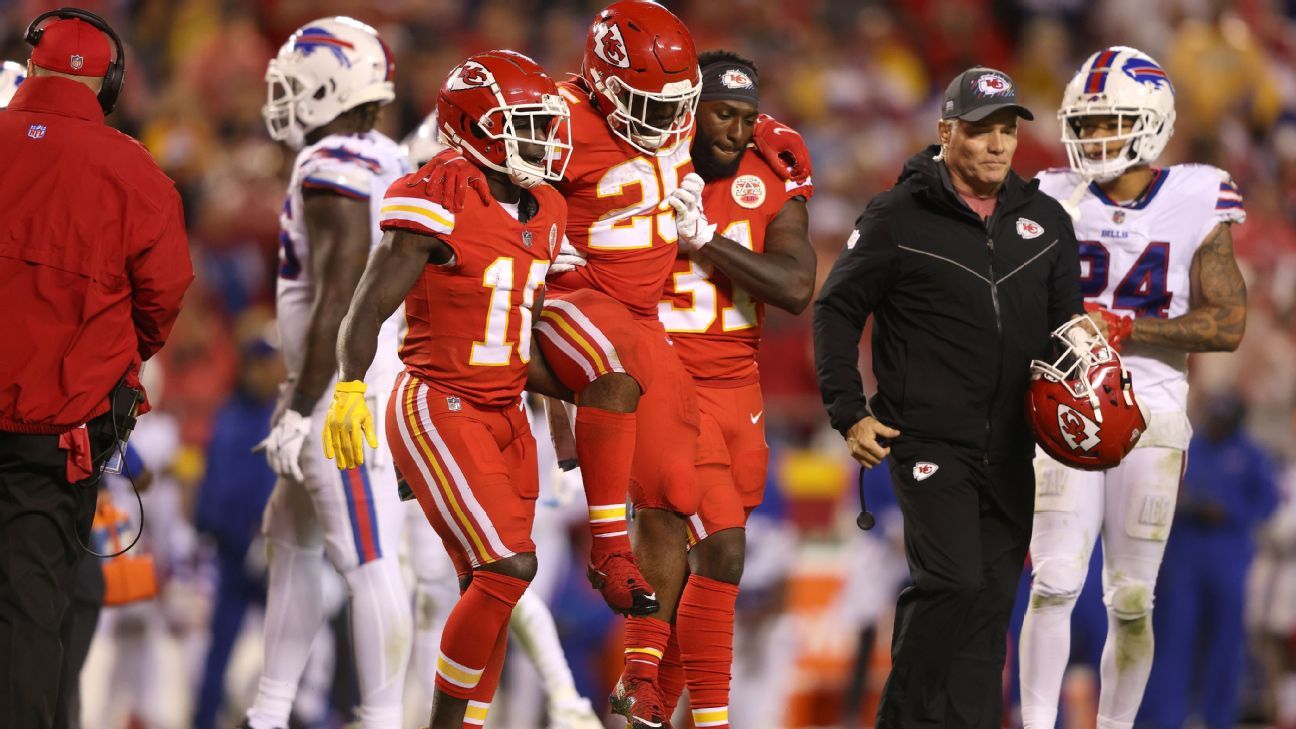 After injuring his knee in the third quarter, Clyde Edwards Helaire goes to the locker room. (0:33).
KANSAS CITY (Mo.) Clyde Edwards–Helaire, running back, has injured his left knee MCL. He will not be able to play for the Kansas City Chiefs for "a few more weeks," according to a source who spoke to ESPN's Adam Schefter.

A source also confirmed that Tyreek Hill, the Chiefs wide receiver, sustained a minor knee injury Sunday night but was not expected to miss any time.

Edwards-Helaire suffered a knee injury in the third quarter against the Buffalo Bills on Sunday night's 38-20 defeat.

After being tackled by screen pass receivers with 8:08 left in the third quarter, he was assisted off the field and helped by his teammates. After back-to-back 100 yard rushing games, he finished with 13 yards and one catch for 11.

With 304 yards in the first five games, he is the Chiefs' top rusher.

Backup running backs for the Chiefs are Jerick McKinnon and Darrel Williams, both veterans. Williams has rushed for 99 yard and two touchdowns, and caught seven passes for 45 yard this season. McKinnon has rushed for 2 yards and gotten 3 catches for 27 yards.

The Chiefs fell to 2nd place in the league with Sunday's defeat.
sevensourceclydetoldkneequartermclweekscityrbwilliamsseasonrunningedwardshelairesidelinekansassprainchiefsyards
2.2k Like