Primates' ancestors may have left trees to survive asteroid 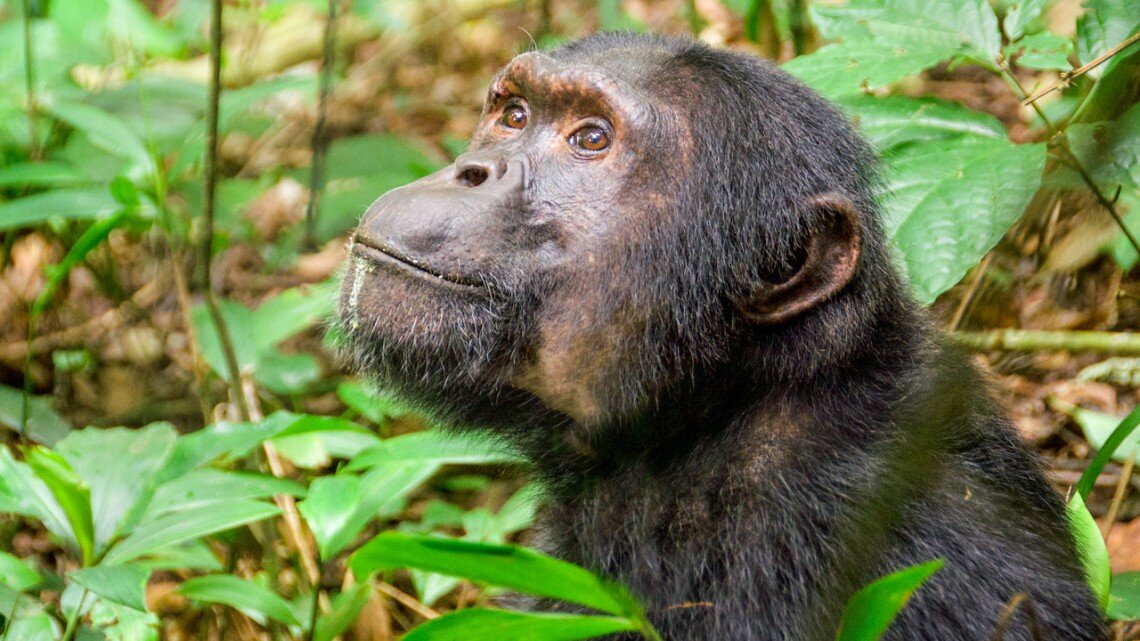 A chimpanzee at Kibale National Park in Uganda. Credit: Daniel J. Field
A new study has revealed that the only tree-dwelling (arboreal), mammals to have survived an asteroid impact that decimated dinosaurs and three quarters of Earth's life on Earth 66 million years ago.

The impact of the asteroid's impact caused wildfires that destroyed forests around the world, putting arboreal species at high risk.

Computer models, fossil records, and information from living mammals were used to determine that the majority of surviving mammals didn't rely on trees. However, the few arboreal mammals who survived on human ancestors might have been able to adapt to the loss.

This study reveals the impact of the Cretaceous-Paleogene boundary (K-Pg), on the evolution and diversification in mammals.

Jonathan Hughes, co-first author of the paper and a doctoral student at the lab of Jeremy Searle (professor of ecology and evolutionary biology in College of Agriculture and Life Sciences), said that one possible explanation for primates' survival across the K-Pg border, despite being arboreal, could be due to their behavioral flexibility. Jacob Berv (Ph.D.'19), is co-first author. He is currently a Life Sciences Fellow at Michigan.

The study "Ecological selectivity and the Evolution Of Mammalian Substrate Prference Across the K–Pg Boundary", was published in Ecology and Evolution on October 11.

The earliest mammals were discovered around 300 million years ago. They may have evolved in tandem with the expansion of flowering plants 20 million years before the K-Pg event. Hughes stated that many of these mammal lines died when the asteroid struck.

Hughes stated that "At the exact same time, the mammals who survived diversified into all of the new ecological niches which opened up when other species became extinct."

The study was based on published phylogenies, which are tree-like diagrams that show evolutionary similarity among groups of organisms. Based on their preferred habitats, they classified every living mammal into one of three types: arboreal; semi-arboreal; and non-arboreal. Computer models were also created that recreated the evolutionary history for mammals.

Mammal fossils found around the K-Pg, which are extremely rare, are not easily used to determine an animal's habitat preferences. To provide context, the researchers compared data from living mammals with fossils.

The models generally showed that the surviving species were largely non-arboreal during the K-Pg events, with two exceptions possible: the ancestors and descendants of primates and marsupials. In every model, primate ancestors and closest relatives were found arboreal just before the K-Pg events. Half of all model reconstructions showed Marsupial ancestors as arboreal.

Researchers also looked at how mammals may have changed over time.

Hughes stated that Hughes was able to observe that there was a rapid transition from arboreal to semi-arboreal species to non-arboreal in the time leading up to K-Pg.