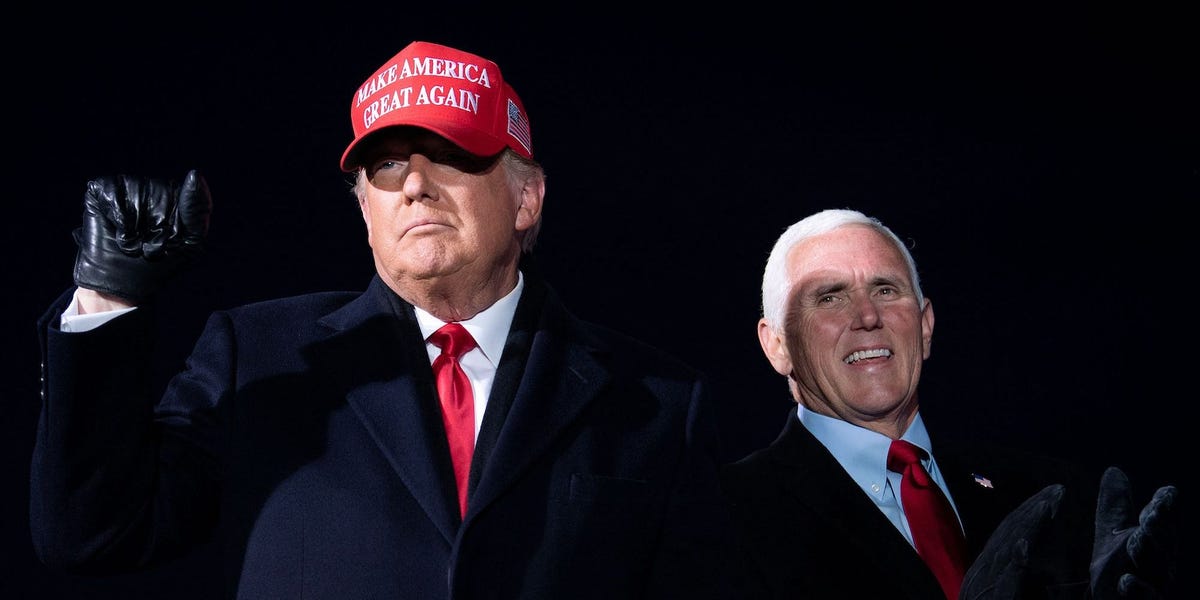 Insider is asking for the court's permission to release records that identify Trump and Pence employees.

Insider Inc. is taking legal action against the Biden administration in an effort to get the names of employees who, this year, earned taxpayer-funded checks while working for former President Donald Trump or Vice President Mike Pence.

Monday's lawsuit was filed in the US District Court of the District of Columbia. It seeks to force the General Services Administration (GSA) to release the names of nine employees who worked for Trump or Pence during the six months following their departure from office.

These staff members continued to work as federal employees, and they received federal paychecks up until six months after Trump's departure.

Some of them may still be working for Trump in the government-sanctioned Office of the Former President, which Trump is using to advance his political agenda as he hints at another bid for the White House in 2024.

GSA, however, withheld the names five Trump employees and four Pence staff who were involved in the transition. This was due to a privacy exemption. Insider made administrative appeals against this decision to GSA, claiming that "disclosure would constitute a clearly unwarranted invasion personal privacy" for the Trump and Pence staffers.

Insider claims that the GSA withheld the requested information illegally and incorrectly in its lawsuit.

Insider claims that the "requested documents are not exempted under FOIA." According to the U.S. Department of Justice's FOIA Guide "civilian federal employees not involved in law enforcement and sensitive occupations generally do not have an expectation of privacy concerning their names, titles grades, salaries and duty stations as employees."

Insider asks the court to declare GSA in violation of FOIA, and to order GSA's production of the names and addresses of Trump and Pence staffers.

"The public has a legal right to know who is being paid a salary from the taxpayer to work for Donald Trump or Mike Pence," Insider Washington Bureau Chief Darren Samuelsohn stated.