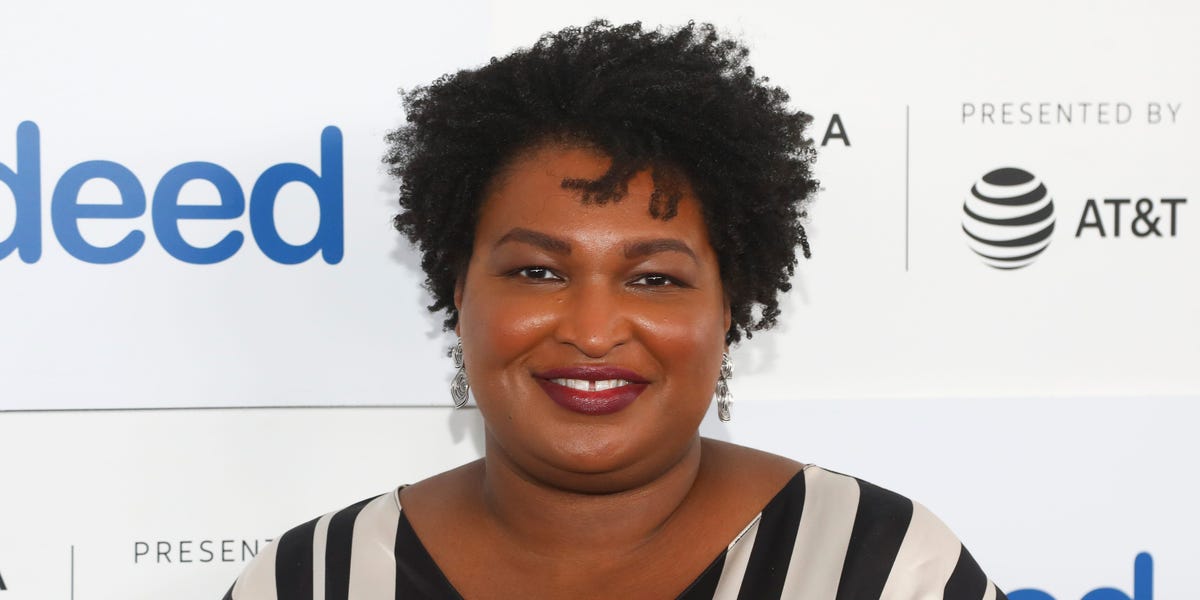 She said that Trump's posture was not relevant to her work or the positions she takes.

Stacey Abrams has been a topic of conversation among GOP loyalists for months.

Abrams is a former Georgia House of Representatives Democratic lawmaker who narrowly lost against the now-Republican Governor the 2018 state gubernatorial elections. Brian Kemp has been focusing on Brian's voting rights advocacy and not mentioning the former president.

Trump is still angry that Kemp did not overturn the Georgia election victory of Joe Biden. He has continued to poke fun at his former ally by claiming that he would prefer Abrams to his Republican counterpart in the Governor's Mansion.

The former president suggested this summer that Abrams could have been a better choice for the GOP than Kemp during an Ohio rally.

Trump stated, "By and by, we might've been better if her win for governor in Georgia." If she won, we might have had a better Governor.

Trump invoked Abrams again last month while speaking at a rally held in Georgia to poke fun at Kemp who was not there.

"Stacey would you like to fill his spot?" The former president spoke out about the GOP governor who is up for reelection next year in 2022. If you'd like to know my thoughts, "Officially having her, I believe, might be better than your current governor." It might be even better.

When Abrams was asked by CNN's Erin Burnett OutFront if Trump's remarks might help or hurt her, Abrams didn't seem impressed.

Burnett was told by her, "It's not relevant." His position is irrelevant to my work or the positions that I hold. It is my responsibility to ensure that every American citizen, no matter their race or gender, has the right to vote in the United States.

She said: "That's why we must keep laser-focused upon the assault on democracy... an attack that not only occurred on Jan. 6 but has continued to happen again and again in statehouses that restricted access to vote and constrained not only that, but also the ability of election workers and their jobs."

Abrams has yet to announce if she will face Kemp next year in a possible rematch.