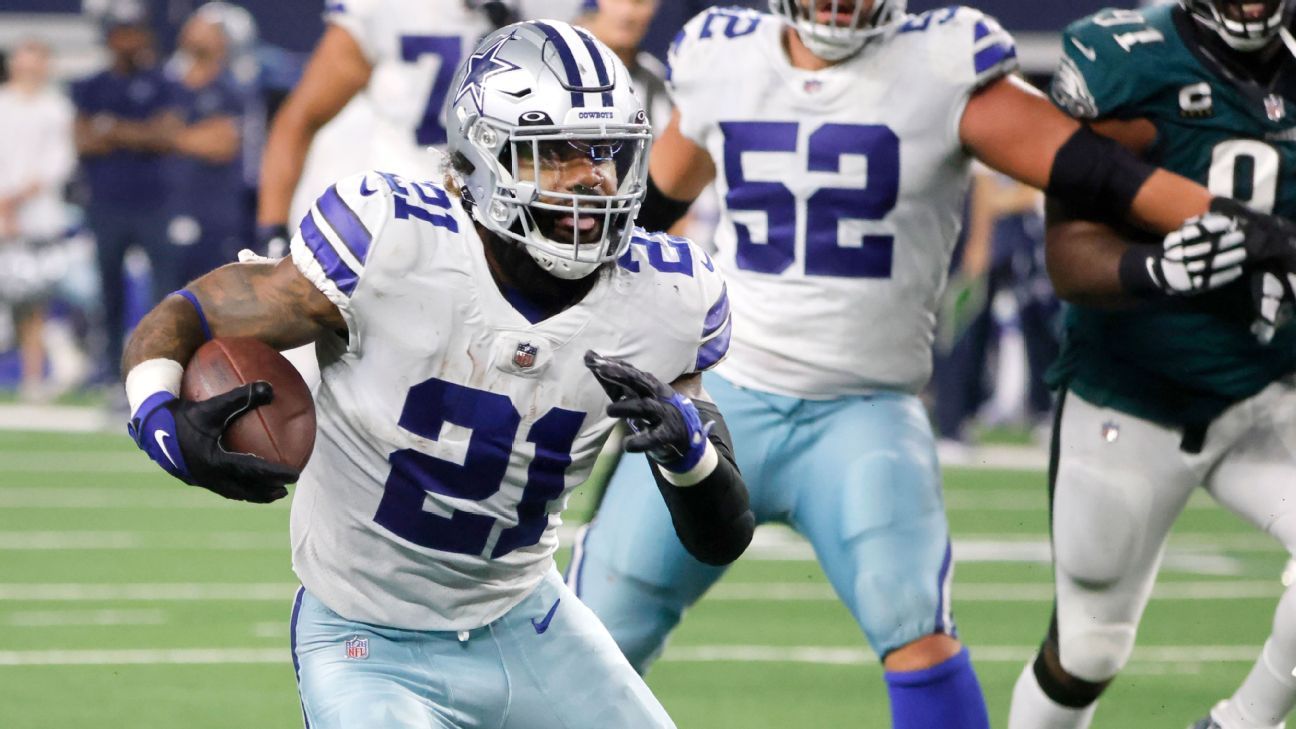 Ezekiel Elliott is a Dallas Cowboys running back who was listed as questionable for Sunday’s game due to a knee injury. A source said that Elliott will play against the Giants.
The source also said that Amari Cooper, a wide receiver, was questionable because of a hamstring injury.

Elliott was not able to practice on Wednesday, but he said that he will be able play.

Cowboys' Ezekiel Elliott Tweets About Critics: 'Put Some RESPECT on My Name'