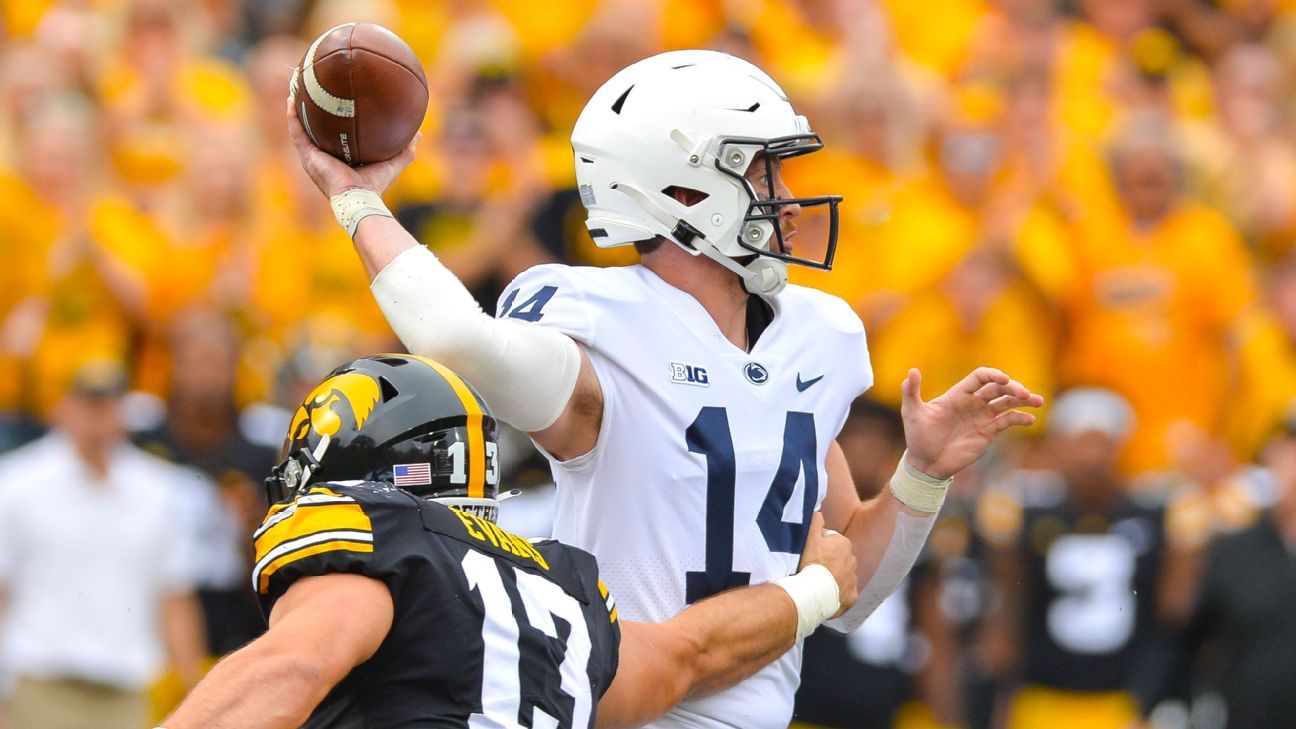 After taking a serious hit in the first period against Iowa, Sean Clifford of Penn State heads to the locker room. (0:37).
IOWA CITY (Iowa) -- Penn State quarterback Sean Clifford was forced to leave Saturday's 23-20 defeat to No. 3 Iowa at Kinnick stadium with an unspecified injury. He did not return.

Clifford sustained an injury on a third down pass play in the first quarter. He was taken to Penn State's medical tent for treatment and then returned to the locker room. He was not wearing his jersey or pads as he appeared on the Penn State sideline during the second half.

Clifford seemed to be holding his back or ribs as he walked towards the locker room.

James Franklin, Penn State's coach, did not provide any updates on Clifford’s condition or the status of the other injured players in the Iowa loss. This included starting defensive tackle PJ Multipher, reserve safety Jonathan Sutherland, and reserve running back John Lovett. Franklin was not pleased with Iowa fans' booing of Penn State's injured defensive players.

Franklin stated that Iowa doesn't have a tempo offense. This was not part of our plan. This is not the right thing to do for college football.

Clifford was replaced by Ta'Quan Roberson, a sophomore. He struggled throwing for 36 yards and two interceptions.

Clifford, despite accounting for two interceptions, helped Penn State to a 17-3 advantage before exiting. He passed for 146 yards, and ran for a team record 33 yards and one touchdown. Clifford, a third-year starter out of Cincinnati, entered the game with 1,336 passing yards and 11 touchdowns, with three interceptions on 67.3% completions.