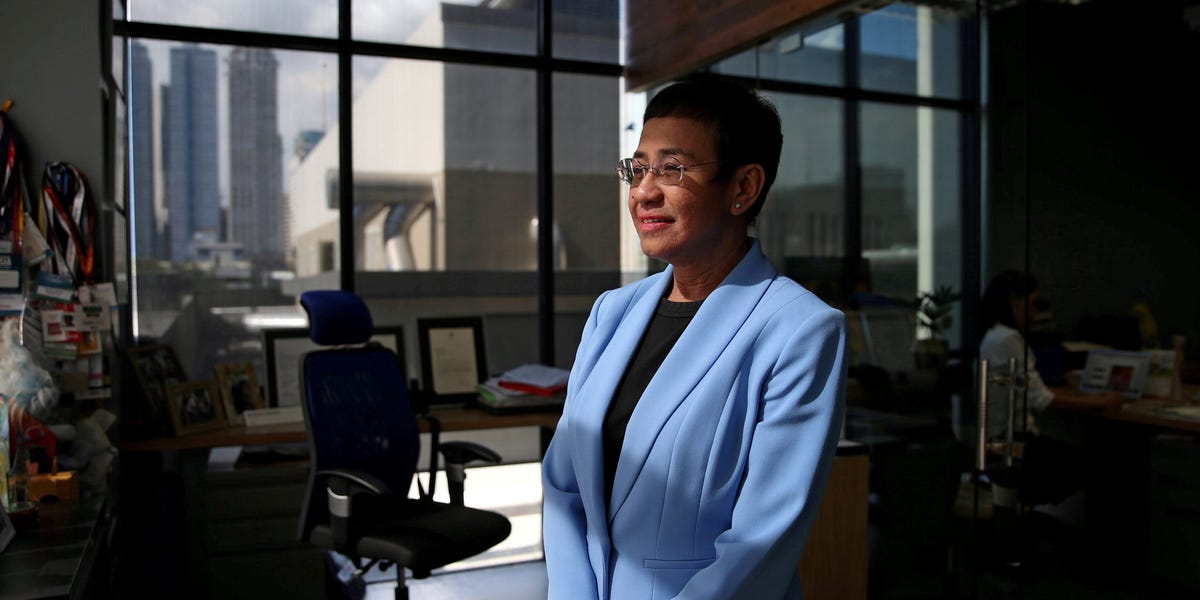 Maria Ressa, the 2021 Nobel Peace Prize winner, has criticized Facebook's practices.
Facebook has had to contend with the rapid spread of misinformation on its platforms.

The company is still being criticized for its misinformation handling.

Maria Ressa (journalist and activist) was awarded the Nobel Peace Prize on Friday. The Guardian reported that Facebook spread misinformation and lies "laced in anger and hatred".

Ressa described Facebook as the largest news distributor in the world. The platform is biased against facts and biased against journalism, posing a threat to democracy. It continues to allow disinformation-spreading actors to spread false information.

"If there are no facts, truths and trust, then you don't have them." Ressa stated that if you don’t have any of these you don’t have democracy." Ressa spoke to the Guardian in an interview.

This week, the Nobel Committee awarded Ressa as well as Dmitry Muratov, a Russian journalist, the 2021 Nobel Peace Prize. It was for their "efforts in safeguarding freedom of expression," which is a prerequisite for democracy and lasting peace.

Ressa was the CEO of Rappler, an independent online newspaper. She was arrested and charged by the Philippine government in retaliation to her critical reporting on President Rodrigo Duterte’s policies and violations of human rights surrounding the "war on drugs."

Although Rappler started on Facebook, the Filipino journalist has been critical about Facebook's policies towards leaders like Duterte as well as its role in developing countries.

According to a study, misinformation sources receive six times more engagement on Facebook than reputable news websites. The company also previously stated that racism and misinformation will "inevitably" continue to exist on its platforms.

This is a whistleblower from Facebook who made accusations against the social media giant over its negative effects on society, and ineffectiveness in dealing with those issues.

France Haugen, a whistleblower and ex-Facebook employee, published thousands upon pages of research on Facebook. It covered how Mark Zuckerberg, Facebook's CEO, allows hateful content to reach more people, and how the company encourages negative attitudes about mental health and body image among teenagers.

The US government also criticized the platform for failing to act faster to remove bad information, particularly around COVID-19 or its vaccines.

Insider reached out via Facebook to get a response regarding Ressa's comments. However, the company has yet to respond.
journalistwoncompanydemocracyfactspeacewhistleblowerprizeplatformressanobelcalledfacebookthreatmisinformation
2.2k Like