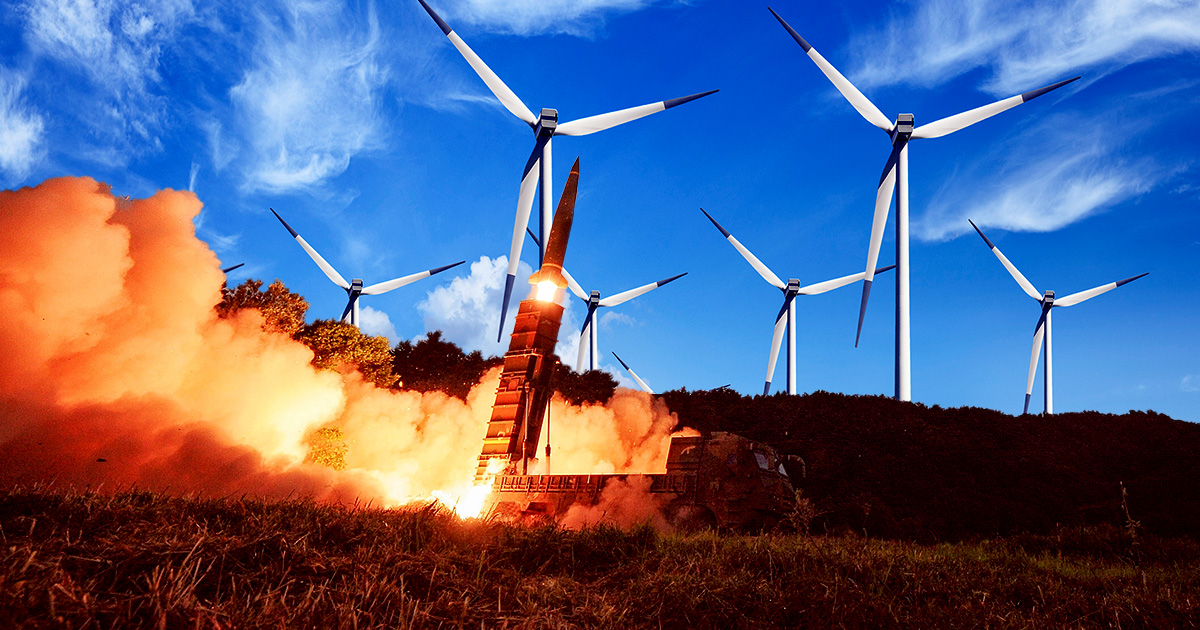 What is the carbon footprint for mutually assured destruction?
Eco-Warriors

China is building at least 119 silos to carry intercontinental ballistic missiles. This is an alarming sign of militarization and could increase tensions worldwide.

But fret not! SpaceNews reports that China appears to have built the facilities in a bold and unprecedented act of greenwashing. You can rest assured that the silos of these city-leveling missiles were powered by renewable energy from a new wind farm. It's a relief!

James Lewis, an engineer and satellite imagery analyst, reported the news about the wind farm. He was inspired to do so after reading in the Washington Post that China had been building missile silos.

Lewis examined images of the area over the course of one year to determine how they had changed. He explained this at the 2021 GEOINT Symposium on Thursday, which is a conference for geospatial intelligence professionals. He claims he saw man-made structures connecting to silos in a growing network. A Google search revealed they were wind turbines.

According to SpaceNews, Lewis stated that there is not much population. Why are they building so many wind farms there? They want to power something that is relatively large.

Lewis suggested that the new missile program was even larger than WaPo reported. He also said that there appeared to be more silos than 119 according to satellite data. It's a good thing that the wind power is available, as it would have been a shame if China were also burning more coal.