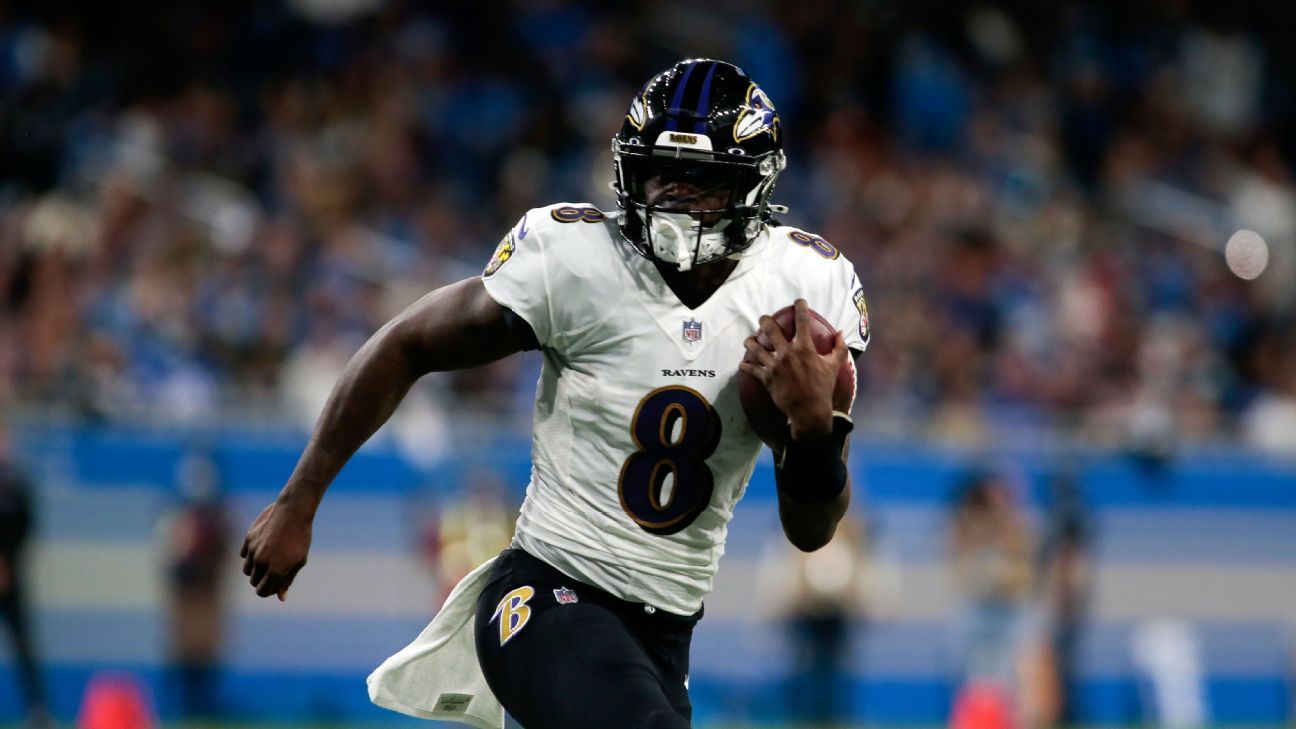 OWINGS MILLS (Md. Lamar Jackson, Baltimore Ravens quarterback, said Thursday that he doesn't want any special treatment from referees.
Three days ago, Jackson retweeted a number of fans complaining that Jackson was not receiving flags for late hits in Sunday’s 23-7 win at Denver.

Jackson stated Thursday that he felt the league should protect all quarterbacks, and not just himself. Jackson stated that everyone should be included, particularly while they're in the pocket -- especially our leg area and other such things. Football is football. Guys get aggressive sometimes. Stuff happens. You probably don't mean that. If they catch it, I would like the ref to raise the flag.

Over the past two weeks, Jackson has thrown a total 68 passes. This is a sign that Jackson has been more dependent on his arm for the Ravens. Jackson passed 30 passes in his first back-to-back game in his four-year career.

Jackson laughed at the suggestion to wear more pads to better protect his pocket.

Jackson stated, "I feel like if i put on extra pads or stuff like that I'll look like a Transformer." "I don’t want to be slowed."

Jackson practiced on Thursday, having missed two practices last week due to a sore back.

John Harbaugh, Ravens coach, stated that Jackson was not at 100% right now.

Jackson smiled when Jackson was asked what percentage he felt.
lamarjacksonstufffootballwantsprotectionlookingjacksonsprobablyqbsbaltimoreravenstimespastpads
2.2k Like