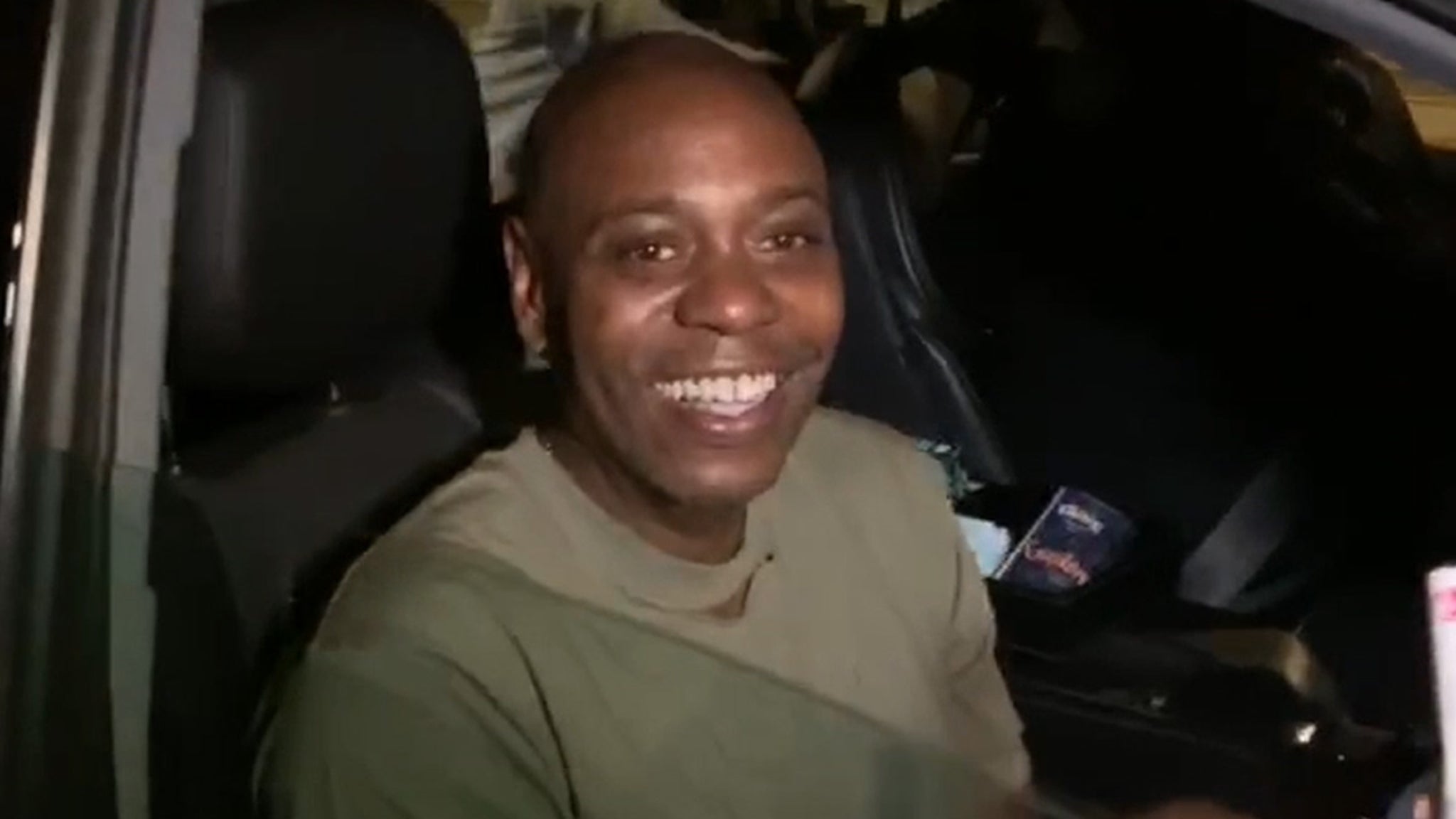 BACKGRID: Play video content
Dave Chappelle doesn't care what anybody thinks about his controversial LGBTQ comments on his Netflix stand up special... Dude's all smiles.

He performed at the Peppermint Club in Hollywood on Wednesday night, and was followed by a large crowd of paparazzi who escorted him and his entourage out. Dave was cool despite feeling the heat from his new stand-up special "The Closer."

He doesn't respond to questions from the photogs about his comments on the LGBTQ community. As he drives off, he offers a final shot.

Dave was criticized for joking that the gay community cared less about DaBaby's career than his homophobic rant. BTW... DaBaby was allegedly firing in self-defense, but he was not charged.

He began by saying, "In our nation, you can shoot an n ****,, but you better to not hurt a homosexual person's feelings." This is exactly the issue I want to address."

Dave said that "Gender is a fact" as "every human being here, every human being, on Earth had to pass through the legs and be a woman in order to exist."
sweating earth chappelle community gay fact shot standup comments following lgbtq dave special human
2.2k Like