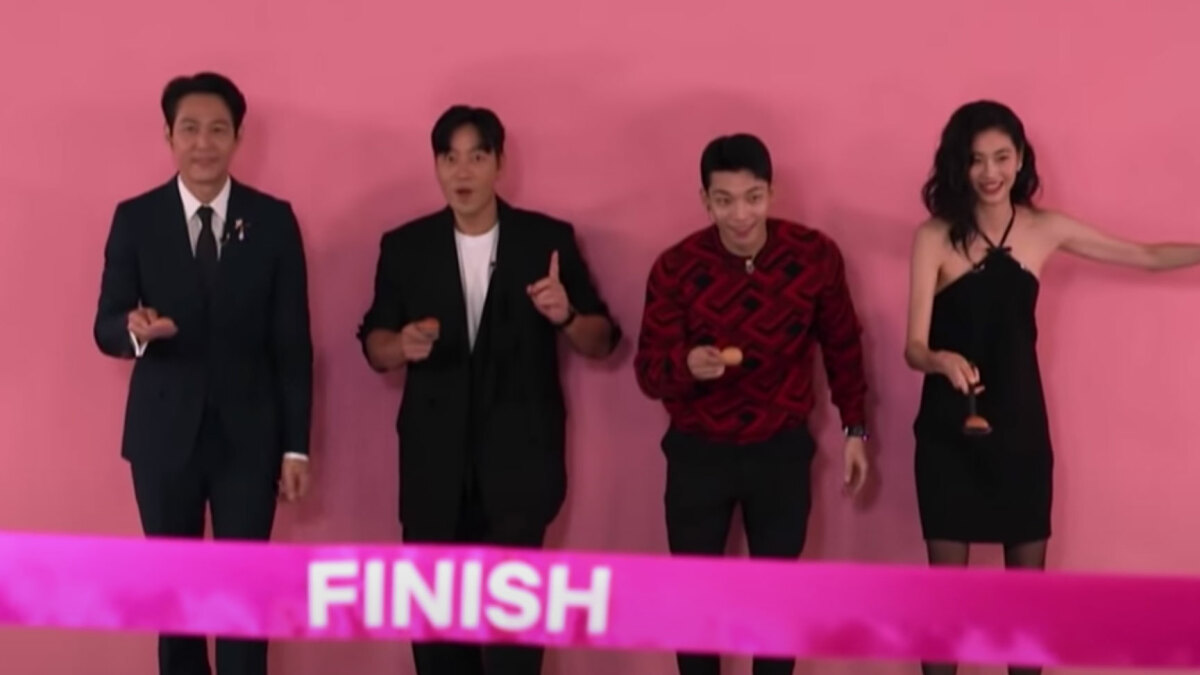 The clip shows Lee Jung-jae and Park Hae-soo as they compete against one another during an appearance on the Tonight Show.

They took things less seriously than they do on the show. But that's probably good.