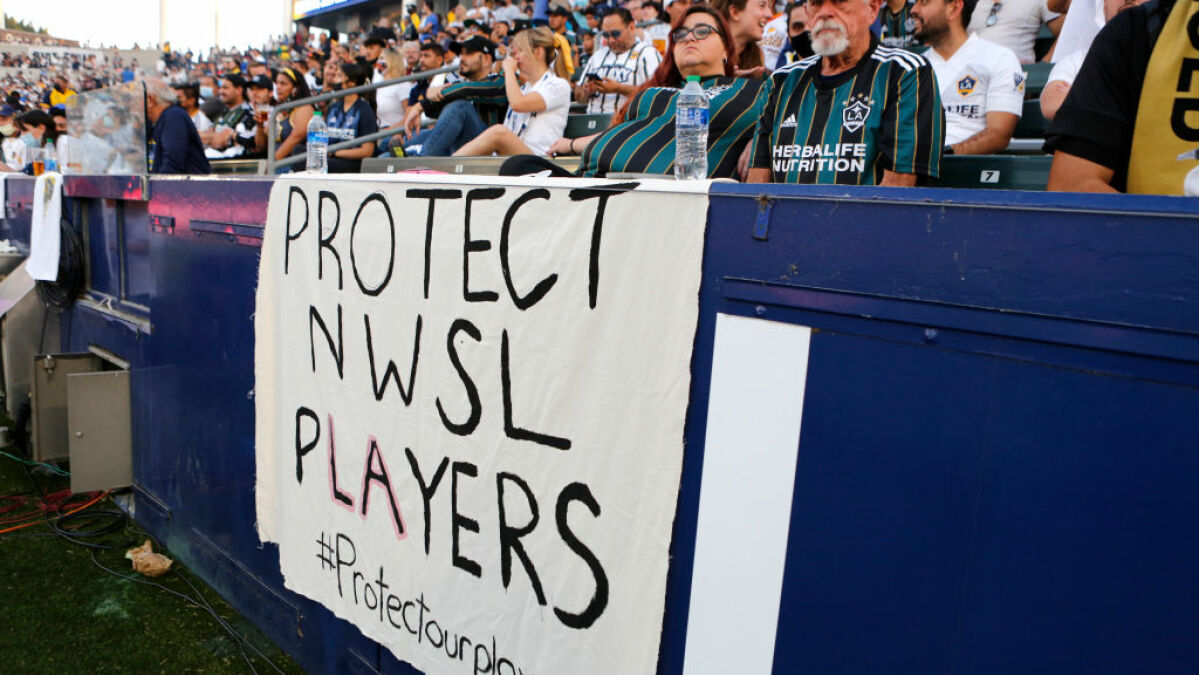 On Wednesday, the National Women's Soccer League halted play as opposing players stood together against sexual assault. This action follows recent allegations that Paul Riley, ex-NC Courage coach, has been accused of sexual assault against players. Riley denied the allegations.
The first game of the evening saw athletes from NJ/NY Gotham FC as well as the Washington Spirit gather in the center circle of the field and link arms for one minute. They were honoring victims of sexual assault, and calling for "systematic transformation."

The NWSL players shared a statement on Twitter that stated "Teams will cease play in each of tonight's games at 6 minutes." "Players will unite in solidarity at the centre circle for one minute to remember the six years it took Mana [Shim], Sinead[Farrelly], all those who fought too long to be heard," said a statement shared by the NWSL players on Twitter.

The North Carolina Courage vs. The match between Racing Louisville and Portland Thorns vs. Houston Dash was also stopped at the six minute mark as a sign of solidarity. Players also made a list of demands, calling for an investigation into the league's sexual abuse.

During this gesture, supporters applauded players and held signs that read "believe Black players" or "protect our stars."