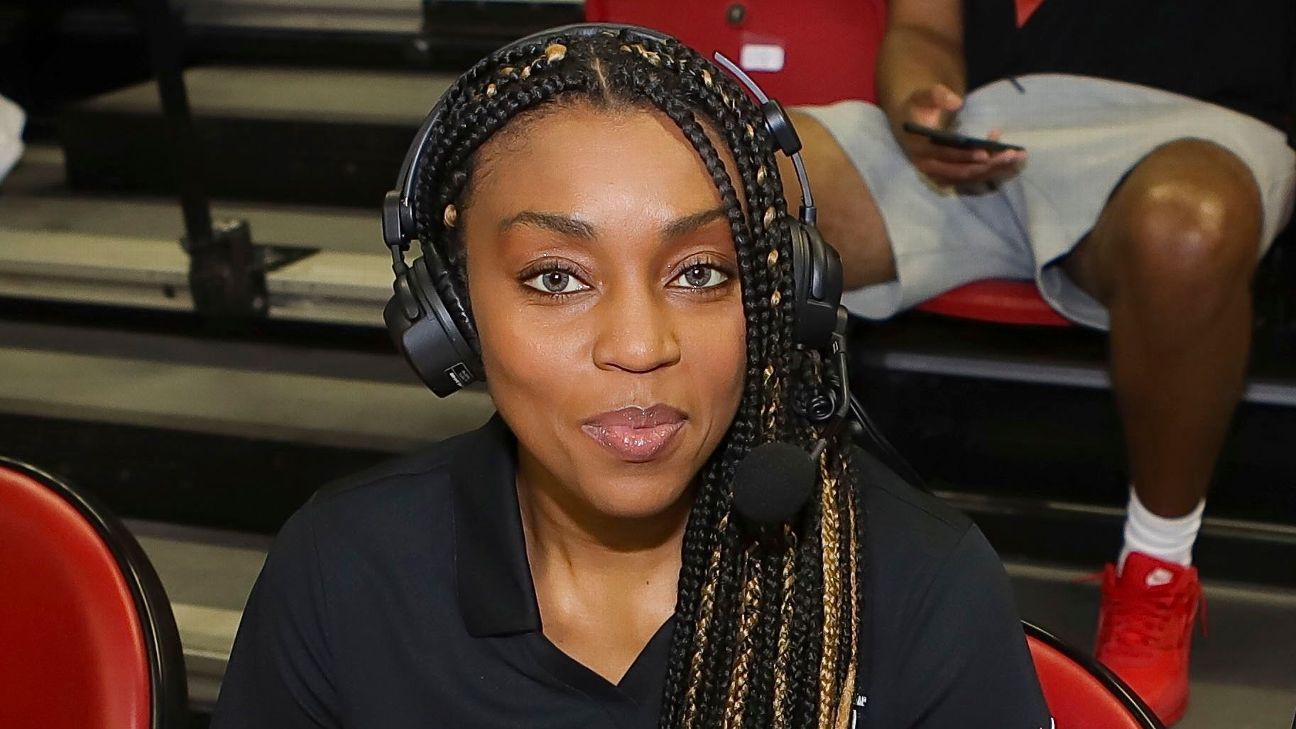 Co-owner Renee Montgomery stated Wednesday that the Atlanta Dream did not know the extent of the May altercation between Courtney Williams and Crystal Bradford.
Montgomery, a former WNBA star who is now part of the Dream's ownership group, spoke out on ESPN during halftime for the playoff game between Chicago Sky and Connecticut Sun.

She stated that the league was investigating the circumstances.

"This is a difficult situation for all involved. Montgomery, an analyst for ESPN during this playoffs season, said that no one is happy or feeling good about the outcome. "I know that a lot people want information. But right now, it is the league. The league and the WNBPA are involved in this process. We must respect that."

Marcus Crenshaw, the players' agent, stated Tuesday that Dream had told him that neither of the two would be returning to the team next year. He stated that they are free unrestricted agents.

Crenshaw spoke on Instagram Live with Girls Talk Sports TV and said that he believes the Dream will not bring back either player because they are embarrassed by the video of the fight, as well as the YouTube video Williams posted about the incident. Both were shared on social media Sunday.

He said Tuesday that the team had known about the situation for months. "Right now the team is trying pretend they have the morals and [they're] making [the player] some sort of scapegoat by saying that they were put off the Dream due to the altercation."

Montgomery stated Wednesday that they were aware of the video from May, but only saw a fragment of it. He also said that Mike Petersen, then-Dream coach, did speak to the players that day.

Montgomery stated that he saw a clip of Montgomery in May that was between 10 and 15 seconds long. It had no context. "And Coach Petersen talked to the players involved and they told him that they were self-defense. We wanted to believe the players. We chose to believe our players and didn't take any disciplinary action.

The truth is that we didn't realize the extent of the situation until we saw the longer clip posted [over the weekend]. This doesn't feel right for anyone and no one wants it to. We want to be able to trust our players, and to believe in women to take it one step further.

Williams appeared to laugh at the fight in parts of her YouTube video but also expressed concern about being outnumbered. Glamazontay, Glamazontay's YouTube personality with more than 870,000 subscribers, was her partner in filming the video.

Williams apologized on Twitter for the video's deletion Sunday night.

Williams tweeted, "I wouldn't want to portray myself or the organisation in a negative light." "I am still learning every day so I ask for grace as my growth continues. I am sorry for any inconvenience caused and will strive to be more positive moving forward.

Williams was Atlanta's leading scorer (16.5 points per contest), rebounder (6.8), and assister (4.0) in this season. Before suffering a foot injury in August, Bradford averaged 8.8 and 3.8 points.

What's next for the Dream?

Montgomery stated, "We want a foundation for accountability and we want to create a foundation for integrity." Montgomery said, "But we still want to believe our players. This is why I don't want the one instance where we say, "Oh, we won't believe anymore." We must believe in players. We must believe in women. We will continue to believe in women.
dreamseasonsituationcrystalinitiallyvideoteamyoutubemagnitudedidntknowbelievewilliamsmontgomeryreneeplayers
2.2k Like