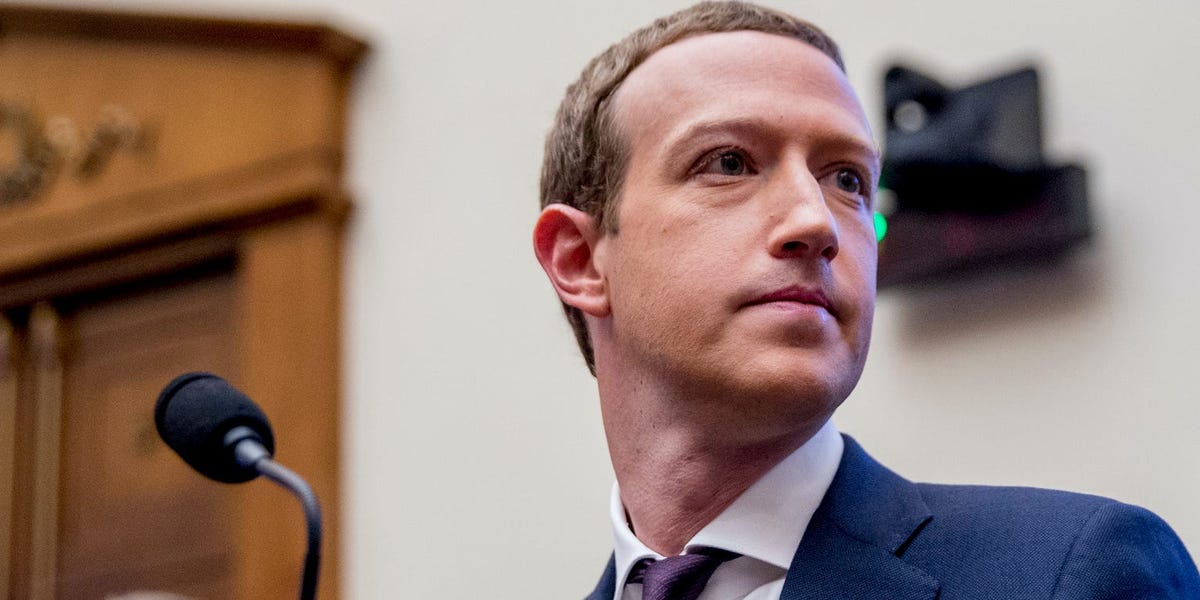 Zuckerberg claimed that multiple claims made during the hearing were "not true."

Facebook CEO Zuckerberg has criticised testimony by Frances Haugen (an ex-employe of Facebook), who testified to a US Senate panel on Tuesday that Facebook had always placed profit above people and allowed its algorithms to perpetuate harm in pursuit for growth.

Zuckerberg stated that "at the most fundamental level, I believe most of us just don’t recognize the false portrayal of the company that’s being painted" in a 1,300-word Facebook post which he claimed he had circulated to employees. He claimed that many of the claims made at the hearing were not "logical."

The question of whether Facebook is harmful to children was a common theme at Tuesday's hearing. Haugen provided evidence from an Instagram internal research paper in which 32% said that Instagram made their body feel worse.

Zuckerberg reiterated a statement by the company that the paper was taken out of context and that Instagram had also had a positive impact on teens' mental well-being. He suggested that companies would cease doing similar research if they were criticised.

It's disappointing to see this work removed from context and used to create a false narrative that doesn't matter. Zuckerberg stated that by attacking organizations that make an effort to understand their impact on the world, it sends the message that it is safer to not look at anything in the event you find something that could hold you responsible.

He stated that it was unrealistic for social media companies not to pay attention to children users.

"The truth is that young people are addicted to technology. Consider how many school-age children have smartphones. Technology companies must not ignore this fact and create experiences that satisfy their needs while keeping them safe. He said that the company is committed to industry-leading work in this field.

Frances Haugen, a whistleblower and former employee of Facebook, arrives in Washington to testify before the Senate Committee on Commerce, Science and Transportation on Tuesday, October 5, 2021. Drew Angerer/Pool via AP

Zuckerberg also refuted the claim that Facebook optimizes its algorithms to produce strong emotions because this type of content receives the most engagement.

"The argument that we intentionally push content that makes people mad for profit is completely absurd. Advertisers make money, and they consistently tell us that advertisers don't want ads alongside harmful or offensive content. Zuckerberg stated that he doesn't know of any tech company that aims to make people mad or depressed.

"If we were to ignore research, then why would we have an industry-leading program of research to understand these important issues?" Zuckerberg stated that if we didn't care about fighting harmful material, why would we hire so many people to do this in our company space?

He didn't specify which company or number of companies he meant to refer to that were bigger than Facebook.

Haugen testified that Zuckerberg has complete control over Facebook's operations because he owns more than half the voting shares. "In the end, the buck stops at Mark. There is no one holding Mark accountable except himself."

Hello everyone! It's been a busy week and I wanted to share my thoughts with you all.

First, yesterday's SEV outage that shut down all of our services was the worst we have seen in many years. The past 24 hours have been spent debriefing on how to strengthen our systems against such a failure. It was also a reminder about how important our work is to people. An outage like this raises more concerns than whether people switch to competing services or how much money they lose. It also affects the lives of those who depend on our services to communicate with their loved ones, support their businesses and help their communities.

Second, after today's testimony has ended, I want to reflect on the current public debate. Many of you may have found recent coverage difficult to read, as it doesn't accurately reflect the company we work for. Safety, well-being, and mental health are important to us. It is difficult to recognize coverage that misrepresents us and our motives. The most basic truth is that most people don't see the fake picture of the company being painted.

Many of these claims are absurd. We wouldn't create an industry-leading program of research to study these critical issues if we decided to ignore it. If we didn’t care about fighting harmful contents, why would we have so many people dedicated to it than any other company in the space, even larger ones? We would not have created an industry-leading standard in transparency and reporting about our activities if we wanted to hide the results. If social media was as important in polarizing society, why is it that we are seeing polarization rise in the US and decline in other countries using social media?

These accusations are rooted in the idea that profit is more important than safety and well-being. This is simply not true. One example is the Meaningful Social Interactions (MSI) change to News Feed. This move has been questioned. We saw fewer viral videos and more content by friends and family. Although we knew it would reduce time spent on Facebook, the research showed it was the best thing for people's health. Does that sound like something a company would do if they were more concerned about profits than people?

It is absurd to argue that we intentionally push content that angers people for profit. Advertisers make money, and they consistently tell us that they don't want ads alongside harmful or offensive content. I'm not aware of any tech company that aims to make people mad or sad. All of the moral, business, and product incentives point in the other direction.

Of all the information published, I am most focused on the questions about my work with children. I have spent a lot time thinking about the types of experiences I want for my children and others online. It is very important that all we create be safe and beneficial to kids.

Technology is a common tool used by young people. Consider how many school-age children have smartphones. Technology companies must not ignore this fact and create experiences that satisfy their needs and keep them safe. This is an area where we are committed to leading the industry. Messenger Kids is a good example of such work. It is widely acknowledged as safer and better than other alternatives.

This kind of experience can be adapted to all ages and has been tested with parental controls on Instagram. We've stopped the project due to questions about whether it would be better for children.

As many others, I was unable to understand the misleading interpretation of research on Instagram's impact on young people. We explained this in our Newsroom post: "The research actually showed that many teens who spoke to us felt that Instagram helped them cope with the difficult moments and issues that teenagers face." In fact, 11 of the 12 slides that the Journal referenced included serious issues like anxiety, loneliness, sadness, and eating disorders. More teenage girls who reported having struggled with these issues also stated that Instagram helped them to cope.

Every negative experience is important when it comes down to young people's well-being or health. It's very sad to see a young person who is in distress and instead of being consoled, finds their situation worsening. Our industry-leading efforts have been ongoing for many years to assist people in such difficult times. I am proud of what we have accomplished. This work is constantly improved by our research.

As with other social issues, I do not believe that private companies should be able to make all the decisions. We have been advocating for updated internet regulations since many years. Multiple times, I testified before Congress and requested that they update the regulations. I have written Op-eds highlighting the most important areas of regulation in relation to elections, competition, harmful content, privacy, or both.

While we are committed to doing the best possible work, our democratically elected Congress is the right body to evaluate tradeoffs between social equity. What is the appropriate age for teens to access internet services? What should internet services do to verify people's age? How can companies ensure teens' privacy and give parents access to their activities?

It's essential to get a complete picture before we can have an informed discussion about the impact of social media on young people. We are committed to conducting more research and making more information public.

Despite that, I am concerned about the incentives being offered. Our industry-leading research program allows us to identify and address important issues. It is disheartening when that work is taken out of context and used as a false narrative to show that we don’t care. We are effectively telling the world that it is safer to not look at organizations that make an effort to understand their impact on the global economy. This is the conclusion that many companies have reached and it would be a disaster for society. We'll continue to research, even though it may be easier to follow this path.

It can be frustrating to see all the great work we do being misunderstood, especially for those who make important contributions in safety, integrity and product. However, I believe that if we continue to do the right thing and deliver experiences that make people's lives better, our community and business will benefit over time. Leaders from the company have been asked to dive into the work we do in many areas.

Reflecting on our work makes me think about the real value we make to the world. People who are able to stay in touch with loved ones, find support, and build community. These are the reasons why our products are loved by billions. We do amazing work to continue building the best social product in the world. I am proud and grateful for all the hard work that you do every day.
facebookresearchtestimonyplacescompanycontentcompaniesthinkprofitzuckerbergreadworksensesocialwhistleblowersmarkdontdoingresponse
2.2k Like