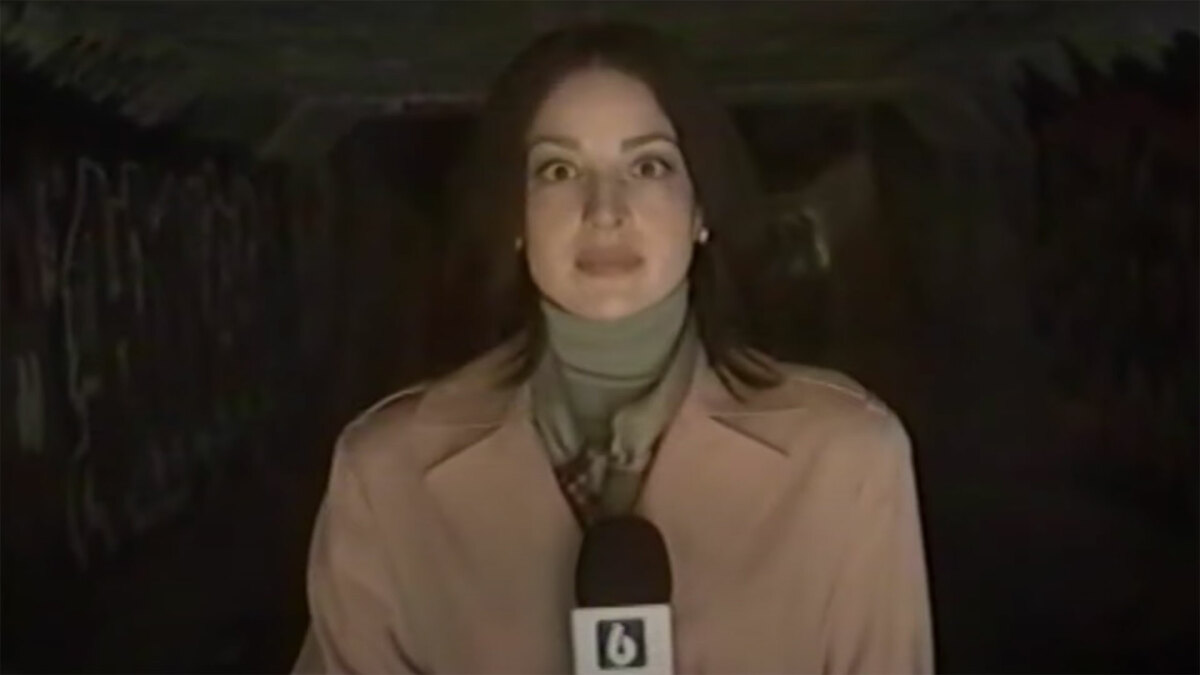 Do you remember when horror films were made from grainy found footage? It's time for a nostalgic trip down memory lane.
Shudder released a clip from V/H/S/94 on Thursday. This fourth installment in Brad Miska’s frightening anthology franchise takes its cues form The Blair Witch Project, and The Ring. This clip is from the film’s "Storm Drain” segment. It features a reporter and her cameraman searching for a legendary underground monster. The 90-second duration makes it seem stressful.

Ready Or Not filmmakers to helm new Scream sequel