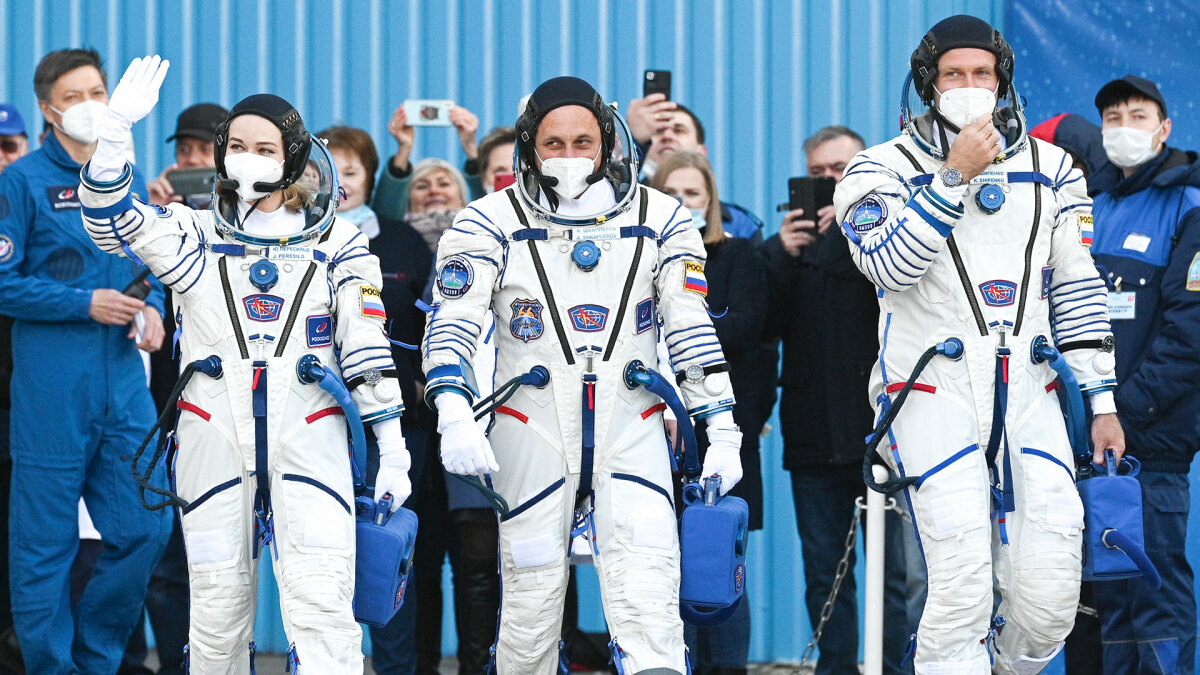 Tom Cruise, sorry, it seems like your plans for the first space-based narrative movie may have been scrapped.
Tuesday morning at 5:55 am. ET, a Russian Soyuz spacecraft carrying Yulia Peresild and director Klim Shipenko, launched from Baikonur Cosmodrome, Kazakhstan. The crew is heading to the International Space Station to film The Challenge, the first movie shot in space.

The launch was broadcast live by NASA TV and was a great success.

Jim Bridenstine, NASA administrator, confirmed rumors that Cruise planned to film a movie at ISS. It was to be the first space movie.

It was obvious that Russia would likely beat him to the challenge a few months later. According to IMDb, the Challenge is a joint venture between Russian broadcaster Channel One and studio Yellow, Black and White and Russian space agency Roscosmos. The film, Son of a Rich, was previously directed by Shipenko. Peresild, on the other hand, has been in a variety of Russian movies and TV shows.

Both received training at the Yuri Gagarin Center for Cosmonaut Training in January. They are both expected to spend 12 day orbit shooting.

This shot was taken about three minutes after the launch. Credit: screensshot: nasa / youtube

You can follow Roscomos Twitter to stay up-to-date on the mission or check out NASA or the International Space Station's feeds for the latest updates.
shootmoviespacetrainingnasastationshottvcrewlaunchesrussianfilminternationalvisitcosmonaut
2.2k Like