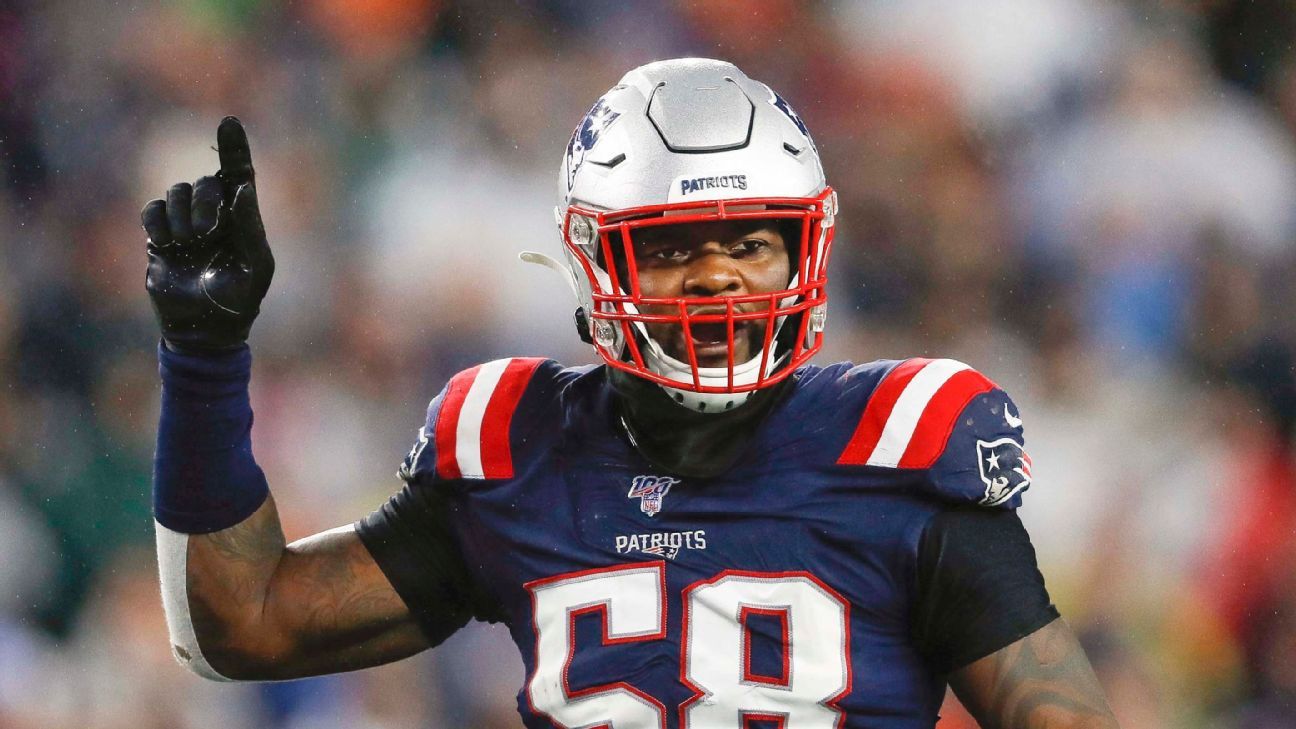 FOXBOROUGH (Mass.) A source said that the New England Patriots are in talks with Jamie Collins, a free-agent linebacker, to make a deal that will allow Collins to return for a third season.
The Detroit Lions released Collins on Sept. 28, after they couldn't find any trade partners for him.

He was a second-round pick in the 2013 NFL draft by the Patriots. In 2016, he was traded to Cleveland Browns. He then returned to the NFL in 2019. Collins was a free agent and had signed a three year deal with the Lions in 2020.

To make room for Collins, the Patriots will likely place Henry Anderson, a reserve defensive lineman on injured reserve. According to the team, Anderson sustained a chest injury during Sunday's loss against the Tampa Bay Buccaneers.

Collins is part of a linebacker group that also includes Kyle Van Noy and veterans Dont'a Hightower. Collins gave the pair the nickname "The Boogeymen" in 2019, after they played together in New England.

Collins, 31 years old, should be able contribute quickly due to his familiarity of the team's system.

The Patriots have been dealing with injuries at linebacker. They lost Raekwon MacMillan to an ACL torn in the preseason and Ja'Whaun Benjamin, starting inside linebacker, was unable to play Sunday due to a shoulder injury. Collins will be able to fill the void left by Jahlani Tvai, the practice squad linebacker, for the past two weeks.

The Patriots placed Isaiah Wynn, starting left tackle, and Mike Onwenu as starting left guard on the reserve/COVID-19 roster on Tuesday. They could still play Sunday's game against the Houston Texans. However, they will be practicing this week with two other players to protect quarterback Mac Jones' blindside.
teamcollinsplayreservestartingbringsundayslionslinebackerjamiesourcelbpracticeworkingenglandpatriots
2.2k Like