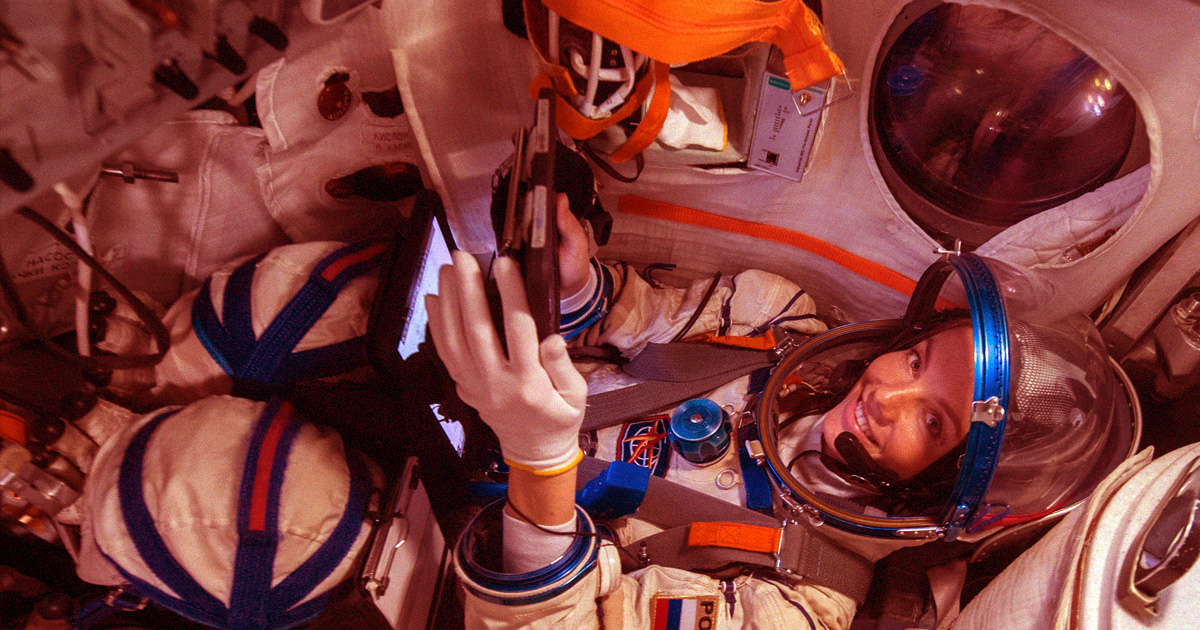 They had their ups and downs.
Space Movie

After launching from the Baikonur Cosmodrome, Kazakhstan on Tuesday morning, Yulia Peresild (Russian actress) arrived at the International Space Station with Klim Shipenko.

The goal of their filming is to make the first ever feature-length space film. This is a project Russia's space agency head Dmitry Rogozin hopes will draw attention to Russia's space ambitions as well as attract young talent.

They traveled on board a Soyuz spacecraft to reach the station. However, their trip was not without its bumps. According to one official, delays in the arrival of the capsules were caused by software issues and ratty communications with Moscow mission control.

Anton Shkaplerov (a veteran astronaut) was the third member on the crew. He had to manually guide the capsule to dock with the station's Russian segment.

The crew will spend approximately a week aboard the orbital outpost filming scenes in preparation for The Challenge, a project about a surgeon who travels from his home to save the life of a cosmonaut.

According to Russian television station Channel One, the movie will contain 35-40 minutes of footage shot on the ISS.

Although Russia has an advantage, Hollywood is not far behind.

NASA and SpaceX are in discussions with Tom Cruise to make an action-adventure film on the ISS. However, details are not available and there is no confirmed filming schedule.

More on Russia's space ambitions: Next week, a film crew will launch to the International Space Station