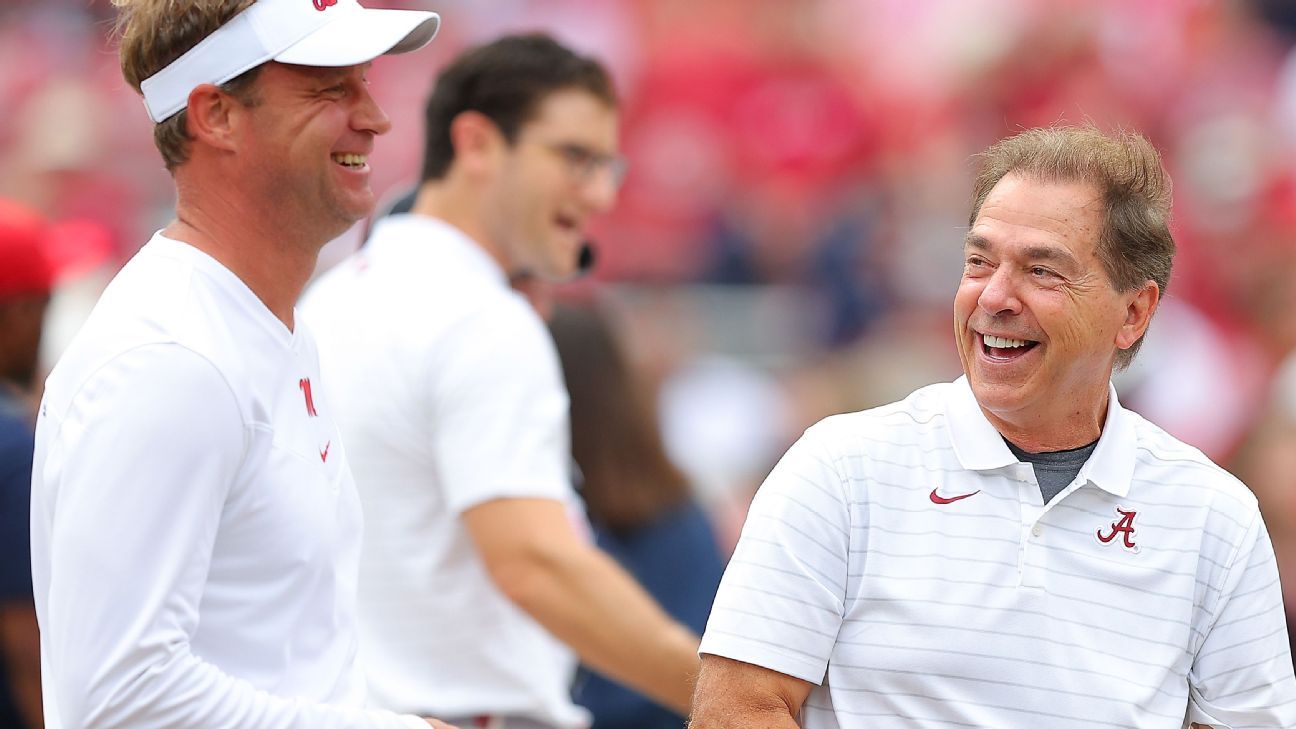 Lane Kiffin, Ole Miss' football coach, apologized Monday for saying "Get your popcorn ready" before he threw his headset in an interview ahead of Saturday's game against Alabama.
As he was getting ready for Bryant-Denny Stadium's opening kickoff, Kiffin made the comment and tossed his headset towards a cameraman. It quickly became a viral sensation.

On Monday, Kiffin said that his comment was not premeditated. He simply got caught up in emotion during the game. This was his first visit back to Alabama since he served as the Crimson Tide's offensive coordinator from 2014 to 2016. Ole Miss won last year's Oxford game by 48 points over Alabama and gained 647 yards, which was the most Alabama has ever allowed.

Kiffin stated that he heard "someone shouting in the locker room" and "someone saying this" at his weekly news conference. "I don’t know why it came out, and I actually said that to Jeff Lebby, offensive coordinator. I got on the headsets, and said, ‘I just said something really stupid. "You better score lots of points."

Ole Miss was trailing 28-0 at the halftime break and did not score until midway through third quarter, a 42-21 defeat. Kiffin told Lebby at halftime that he said to him, "Looks as if we didn't plug in the microwave in buddy."

Kiffin saw the pregame incident later and reached out to Erdahl.

Kiffin stated that he didn’t know Erdahl planned to ask another question after he had tossed the headset. On Monday, he also retweeted a Erdahl tweet showing Alabama's mascot with a box popcorn in his hand, and added the comment: "Now that's hilarious !!!"