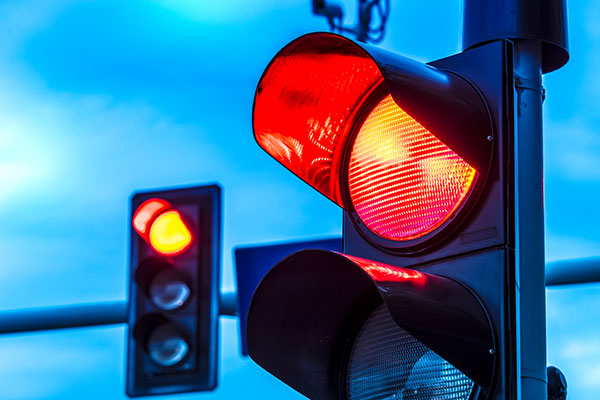 Many countries will be exempted from the travel ban red list after today's abolishment of the highly criticized government traffic light system.
According to weekend reports, the number of countries that are on the travel ban list could drop to 12 from 54.

According to the Sunday Telegraph, South Africa, Brazil and Indonesia will be allowed to travel quarantine-free in October half-term.

Thailand could also be declared a quarantine-free country, although this was a less likely possibility than the announcement of the results of a review on Thursday.

As the three-tier traffic light system is eliminated today (Monday), it will be replaced with a merger of green and amber lists to create a category for rest of the world.

A fully vaccinated person arriving in the UK will not need to undergo a rapid test to ensure they are fit to travel.

This will eliminate one of the major barriers to international travel: people must obtain Covid tests abroad and have negative results within 72 hours.

Later in the month, the requirement to undergo a private procured PCR test upon arrival in the UK will be removed. To reduce the cost of entering England, travelers will be able to opt for a later flow test that is cheaper.

The government is expanding its vaccination policy to 18 additional countries, including Japan, Canada, and the United Arab Emirates.

This follows a pilot phase in which the US and Europe participated. It brings the total number countries covered by the policy to over 50. More countries and territories will be added in the weeks ahead.

Eligible applicants must present a document from a state- or national-level public health agency that contains certain information, including their name, date of birth, and vaccination details.

Grant Shapps, Transport Secretary, said that we are moving towards a future in which travel continues to reopen safely and remains open forever. Today's rule changes are great news for families, businesses, and the travel industry.

While our priority is to protect public health, more than 8 out 10 people are now fully vaccinated. We can take these steps to reduce the cost of testing, and to help the sector continue its recovery.

According to the department of Transport, "The UK government continues to work with international partners as it seeks to expand the policy to other countries and territories."

All arriving passengers will still be required to complete a Passenger Locator form before they travel.

Airlines UK Chief Executive Tim Alderslade responded that the situation was moving in the right direction, with the removal restrictions making it easier and more affordable for people to travel.

He said: "Weve had a positive response to the announcement in terms bookings, and given current trends, we would hope that more countries will be removed from the red list and receive mutual recognition of their vaccine status."

He said, "There is still much to be done." Ministers should remember that we are an outlier in arrivals testing for vaccined passengers.

We believe that PCR testing should be stopped by the October half term week. This is a critical step in the short-term. We look forward to getting clarity as soon as possible on the date.

Which? Rory Boland, travel editor, said that there are fewer restrictions on where you can travel and lower costs for testing. This will make it clear that more people will be able to travel. The government must be ready to handle any border issues and provide a working testing system.

The summer saw traveller disappointment due to a chaotic PCR testing market, which left them vulnerable to unreliable providers and high prices.

The government is yet to provide further information on its plans to allow fully-vaccinated travelers to take lateral flow tests upon arrival in the UK, which will be happening later in the month.

For lateral flow testing, the issues with PCR test results must not be repeated. The government must make sure that a functioning system is in place.

Pablo Caspers is chief travel officer of European OTA eDreams ODIGEO. He stated that the governments' plan to dramatically reduce restrictions from the UK was a huge boost for the industry.

Since the announcement, we have seen a 37% rise in searches. This shows that people are more confident and eager to travel.

Half-term is just around the corner and many people want to get the last European sun. This has led to a significant increase in interest in destinations like Spain, Turkey, and Greece for the late October.

There has been an increase in searches for UAE countries such as Dubai in recent years, indicating that people are looking for winter sun.

The reopening US borders has also sparked interest, particularly in popular cities like New York and Orlando.

We believe that the move to a simplified green/red list system is a significant step in the recovery of the travel industry. With ski season around the corner, we expect this momentum will continue.