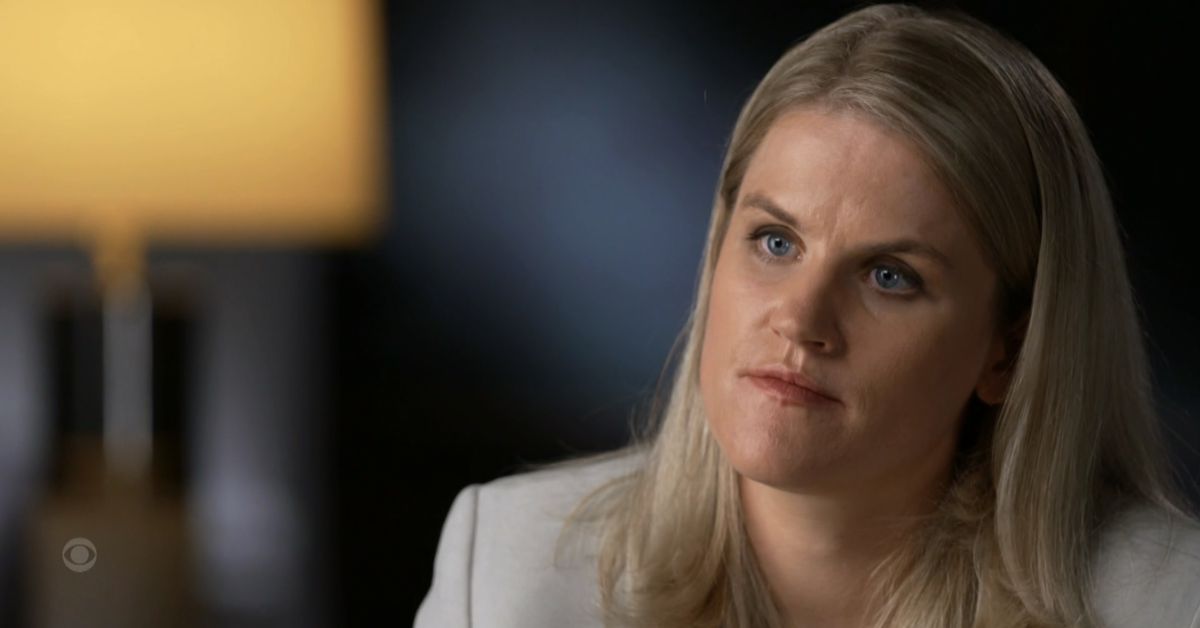 Frances Haugen was the whistleblower who leaked a huge cache of Facebook documents to Wall Street Journal. She made the information public on 60 Minutes Sunday. This revealed more about the workings of the most powerful social media platform. Haugen revealed her identity to national television and described a company that was so focused on product optimization that it adopted algorithms that amplify hate speech.
Haugen said that it was paying for its profits by our safety.

According to a LinkedIn profile, Haugen was a product manger at Facebook who was assigned to the Civic Integrity Group. After the dissolution of the group, Haugen decided to leave the company and leave in 2021. She stated that she was unsure if they are willing to invest the amount necessary to keep Facebook safe.

In the hope of improving regulation, she gave a cache of internal research to Securities and Exchange Commission. While she has worked for a variety of companies including Google and Pinterest in the past, it was much worse at Facebook because of the company's desire to make its profits before the welfare of its users.

Although the company claims that it is stopping hate speech on its products, an internal Facebook document leaked to Haugen states, "We estimate that we may act as little as 3-5% hate and 0.6% V&I [Violence and Incitement] Facebook, despite being among the best in the industry at it."

An internal document stated that misinformation, toxicity and violent content are all too common among reshares.

Another document was even more blunt. There is evidence that hate speech, divisive politics, and misinformation on Facebook, as well as the other apps, are having an impact on societies all over the globe.

Haugen believes that the root cause of the problem lies in the 2018 algorithims, which govern what you see on the platform. They are supposed to encourage engagement, and the company found that users who instill fear and hatred in others have the highest engagement. Hagen stated that it's much easier to incite anger than other emotions.

Mark Zuckerberg described the algorithm changes at the time as positive. Our responsibility is to ensure that our services are not only enjoyable but also beneficial to people's health.

According to Wall Street Journals reports on Haugens concerns the outcome was a sharp turn toward anger and hatred. According to an internal memo, misinformation, toxicity and violent content are all too common among reshares.

The Wall Street Journal started publishing its findings from this cache in September under The Facebook Files. A report that claimed Facebook had conducted research proving that Instagram harmed teenage girls led to a hearing at the Congressional level. Facebook tried to alter the narrative in a blog posting, which reproduced two reports from the Journals reporting.

Facebook tried the same deflections ahead of the 60 Minutes Report in a different format. On Sunday afternoon, Nick Clegg, Vice President of Global Affair at Facebook, appeared on CNNs Reliable sources to defend the company just hours before Haugen would.

Clegg stated that he thought it was absurd to suggest that social media was responsible the January 6 riots. It is false comfort to believe that there must be some technological or technical explanation for political polarization in America.

Haugen concluded the interview calling for a wider regulation of social media networks, something that Facebook has also called for but in a more limited form. On Tuesday, she will appear before the Senate Commerce panel.
goodhatesocialprofitencourageswhistleblowerstreetfacebookcompanyinternalwallspeechhaugen
2.2k Like

NYT: Facebook warns whistleblower will allege on "60 Minutes" it contributed to Capitol riot