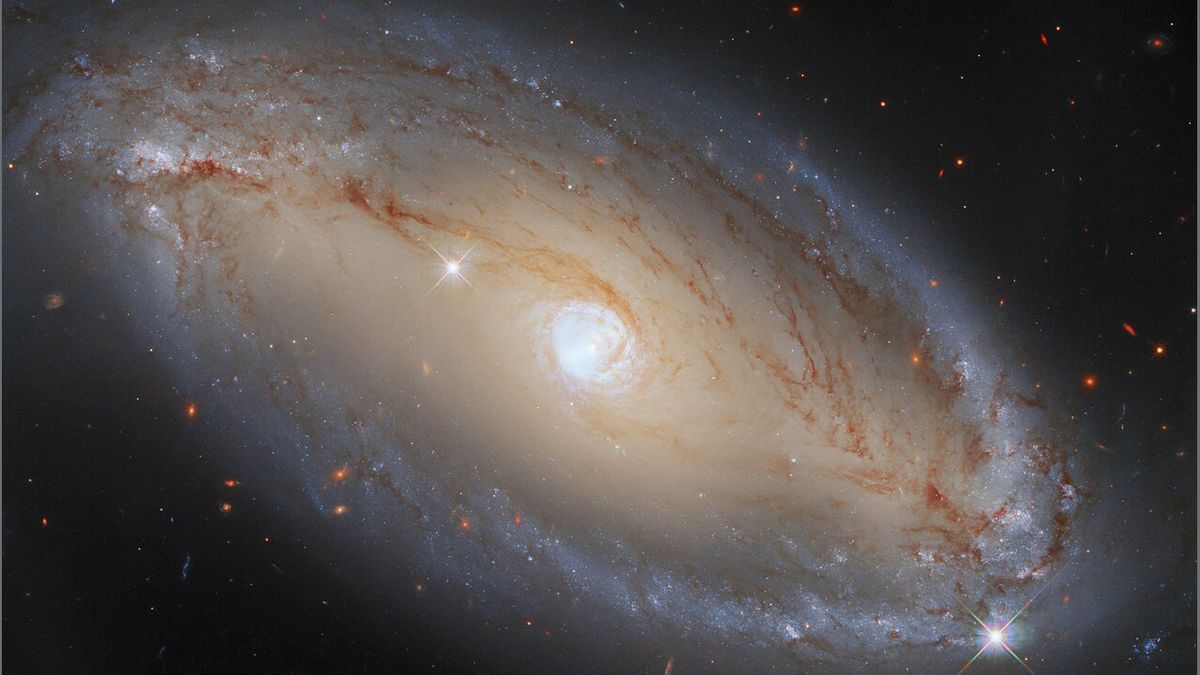 The center of the spiral galaxy NGC5728 is a powerful one. The active core of this structure, located in Libra constellation 130 million light years from Earth, is a unique cosmic category.

NGC 5728, a Seyfert Galaxy, is brightened by all the gas and dust hurled around its central Black Hole. Sometimes, galactic cores can be busy enough to shine brighter than the rest of the galaxy in both visible and infrared lights. Seyfert galaxies such as NGC 5728, however, are a Goldilocks treat because humans can still see the rest of Seyfert galaxyes clearly with their instruments.

This new image was published by the European Space Agency (ESA), on Monday, September 27th. ESA, which operates the Hubble Space Telescope jointly with NASA, stated that the spacecraft used its Wide Field Camera 3(WFC3) to capture the view. Officials stated in a statement that captured the photo that, despite the spectacular cosmic scene seen here, there are many other things happening near NGC5728 that the camera can't capture.

ESA officials stated in the description that NGC 5728 can be clearly seen in this image. It also looks normal at infrared and optical wavelengths. It is amazing to see that the galaxy's center emits vast amounts of light in areas of the electromagnetic spectrum to which WFC3 is not sensitive.

The iris of NGC5728's galactic "eye" might actually emit visible and infrared radiation that the camera wouldn't detect otherwise, if not for the glowing dust around the core.