Doctors, receptionists and practice teams quit after wave of hostility over GP appointments 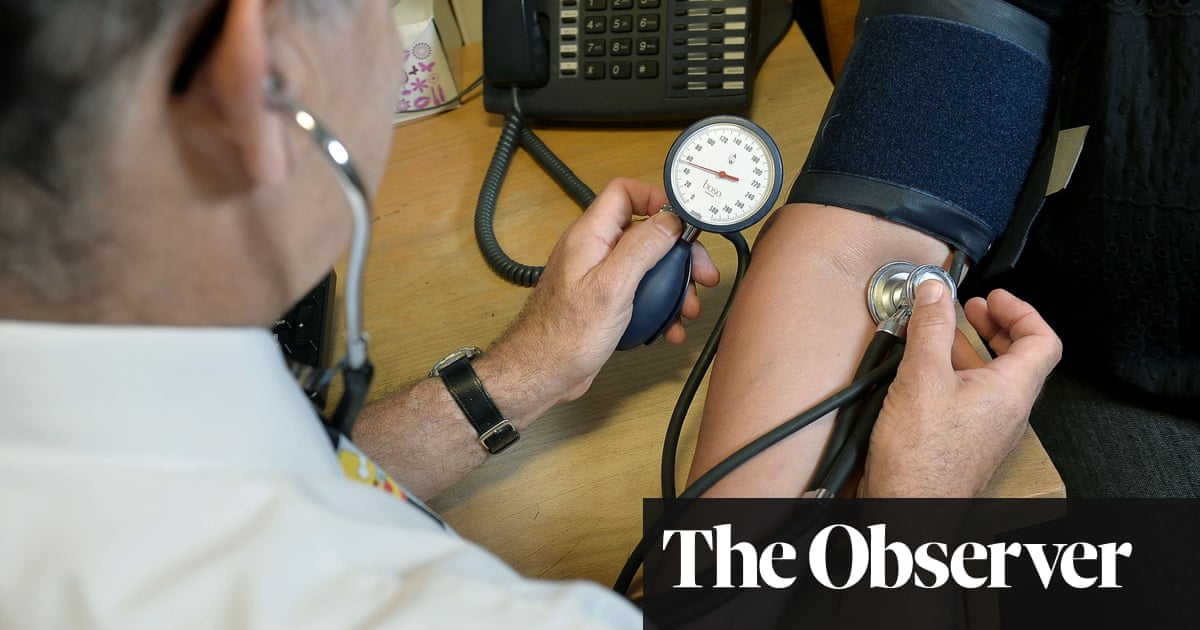 Senior doctors warn that practice staff and physicians are leaving after weeks of public pressure regarding face-to-face appointments.
Doctors, doctors, and receptionists have all spoken out about daily encounters with patients regarding issues such as appointments, vaccinations, and blood tests.

Some claimed that patients responded to recent media campaigns, which led to Boris Johnson, the health secretary, and Sajid Javid pledging to increase in person appointments.

Many practices follow Covid-19 protocols in order to stop the spread of the virus. Some patients refuse to wear face masks and have become abusive when they are asked.

Over the past five years, the number of permanent general practitioners has declined steadily. It fell by 1,904 in 2016 or about 7% to reach 26,805 by March.

On 22 September, the prime minister stated that all remaining GPs would need to provide 50 million more appointments. He believed it was reasonable that patients should be seen in person.

Last week, figures released by NHS Digital showed that GPs performed approximately 25.5 million consultations in August. This includes 1.5m Covid vaccines. Remote consultations are still higher than before the pandemic. 42% of all consultations were conducted via phone or video.

Professor Martin Marshall, the chair of Royal College of GPs said that the criticism directed at GPs and their teams by politicians and some media outlets in recent weeks is some of the most severe in recent memory. It is extremely demoralizing and unfair to be constantly told that you are not doing enough, even if youre trying your best to provide the best care for your patients.

It is having a serious impact on the mental health of GPs, our teams, and also on our relationship with patients. There are numerous reports that practice staff have been the victims of abusive patients.

We are concerned that unfair scrutiny on top of the existing pressures will lead to many GPs leaving the profession.

He urged the government to show support for GPs, admin staff, and to urgently fulfill a pre-pandemic promise to recruit 6,000 doctors and 26,000 staff.

Sajid Javid was accused of not understanding the situation during surgeries. Photograph: Rex/Shutterstock

Javid was challenged by Radio 4's Today about his support of newspaper campaigns. He was responding to Dr Rachel Warrington, a Bristol GP partner, who said that he didn't support GPs and did not understand what was happening in surgeries.

Although he stated that he would like to work with GPs in partnership and reduce their administrative workloads, the health secretary did not agree that face-to-face appointments were necessary.

Javid acknowledged that pre-pandemic face-to-face appointments were not possible at this time. We are currently in talks with GP leaders. They have brought up some excellent ideas and points on what can be done.

Angelika Slon, a south London-based practice manager, stated that she was seeing an increase in staff absences due to abuse by patients and a rapidly increasing workload.

She said that there are many lovely patients. However, the level of rudeness has increased. Two new receptionists were hired over the summer because we are short of staff. One of them left in a matter of days, and the other after about a week and half. They couldn't handle the pressure.

Slon stated that patients were supportive at the start of the pandemic. However, as vaccine levels increased and restrictions have eased, some patients have been unable to accept the fact that the NHS is still maintaining infection control measures including masks.

Other problems include a recent shortage in blood test vials, and the delayed delivery of flu vaccines. Practices may write to patients who are abusive to inform them that they could be removed from the list. Slon stated that it was rare. Perhaps it's something that happens three times per year. I've written more this year than ever before. Two letters have been sent in the last week.

Anila Jethwa has been a receptionist in north west London for 19 years. Next year, I will be 60. I'm going to take a look at my pension. If I can barely survive on it, I will retire. If I cannot, I will continue to work but I won't be working in reception.

Bad behaviour is often a problem for receptionists, but it can also affect GPs.

Anonymous GPs spoke out about the strain on their mental well-being and contacted the Observer. One said he was finishing his notice period. He said that he used to love being a GP. I feel so burned out. I feel depressed and hopeless.

A salaried GP, who graduated in 2019, said that every day she leaves work feeling completely broken and shattered. My family is not being taken care of. Patients can be aggressive and hostile, to the point that I feel almost helpless.

The chairman of the National Association of Sessional General Practitioners, Dr Richard Fieldhouse, stated that there were some indications that GPs were leaving permanent positions altogether. Fieldhouse stated that we are seeing double the number of people using our system. There are approximately 6,000 members. This means that there are about 30% of locums in the country. It's demoralizing at the moment.

According to the Department of Health and Social Care, record numbers of people are training to be GPs. This year, there could be as many as 4,000 new starters.

A spokesperson for the DHSC stated that there is zero tolerance for violence or abuse directed at NHS staff. Everybody has the right not to be afraid of being assaulted or abused in a safe environment.

We are taking steps to protect staff via the NHS violence reduction program and will support police, the Crown Prosecution Service and the NHS to bring offenders before justice.
hostilitypatientsdoctorsweeksworkreceptionistspracticegpstaffteamshealthabusegpsnhsappointmentsquitwave
2.2k Like

This Critical Tool is a Must for Healthcare Practices

The anti-vaxxers who 'gaslight' medics are destroying the patient-doctor relationship in America, experts warn

Anti-vaxxers are refusing blood transfusions from vaccinated donors because they believe they're 'tainted,' report says