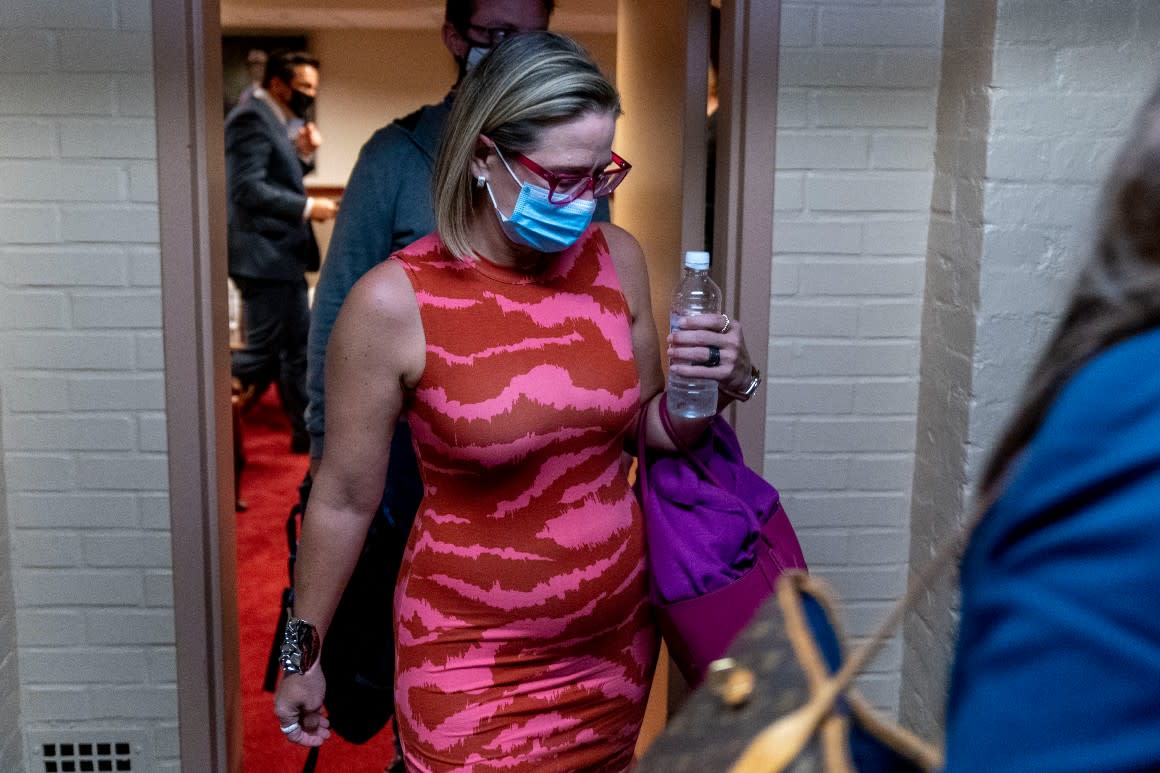 On Saturday, Sen. Kyrsten Silena attacked the Democratic leadership for delaying a vote regarding the bipartisan infrastructure package. She called the decision deeply disappointing and inexcusable.
The Arizona Democrat stated in a statement that delay in voting would only reduce trust within the party.

Sinema stated that Democratic leaders made contradicting promises that were not possible to keep and sometimes pretended that there were no differences within the party, even though those disagreements were made publically repeatedly.

This statement was made after Speaker Nancy Pelosi delayed a vote on legislation Sinema played a crucial role in negotiating. Progressives opposed the bill and vowed to not pass it without Sinema's $3.5 trillion plan for social spending.

The White House and Democratic leaders attempted to reach an agreement this week with Sinema (D-W.Va.), on a framework for the social spending plan. This would also be acceptable to progressives before the vote on the physical infrastructure package. Despite numerous meetings with President Joe Biden's staff, no agreement was reached.

Sinema and Manchin both stated that they don't support Democrats spending $3.5 trillion on the top line for the social budget package. Biden told House Democrats Friday during a visit at the Hill that the price tag would likely be between $1.9 trillion to $2.3 trillion. Biden told the caucus also that the infrastructure package would not be approved without the social spending bill.

Sinema stated Saturday that the delay did not help the negotiations.

Sinema stated that Americans saw instead an ineffective tactic to gain leverage over a different proposal. I don't trade my vote to get political favors. I vote only for what is best for my country and my state. I have never and will never agree to any deal that would make one piece of legislation a slave to another.
sinemademocraticbidenspendinghousesocialwhitepackageleadershipslamsdelaytrillionvoteinfrastructure
2.2k Like