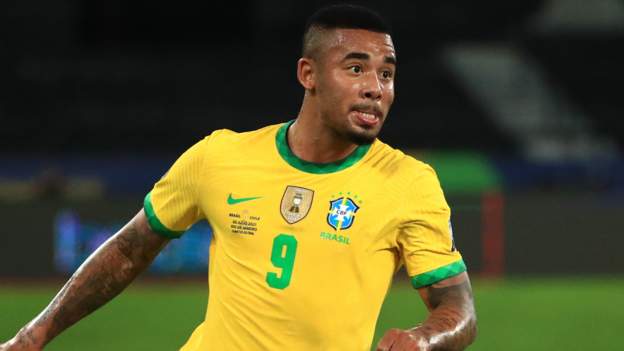 Premier League players can travel to red-list countries to represent their country in this month's World Cup qualifiers. However, they must be fully vaccinated.

The rules of transport, close contact, testing, and bubbles must be adhered to by all players.

After their return to the UK, they will be required to quarantine for 10 days in "bespoke facilities".

They can leave quarantine for training or play once per day.

A government spokesperson said that they had worked closely with the authorities in football to reach a solution that would balance the interests of the country and the club, while also maintaining high standards of safety and health.

"Vaccination is the best defense against the virus. These new measures will allow fully-vaccinated players, who have returned from international duty, to fulfill their international obligations in the most safe and practical manner possible. They can also train and play with their clubs as soon as they return.

The Premier League refused to release players on that occasion. This triggered a dispute with Fifa, the world's governing body of football, who had previously demanded that individuals be allowed to travel and to play.

Tottenham and Aston Villa allowed their Argentina internationals to represent Argentina in their World Cup qualifiers in South America.

It led to hilarious scenes at the Brazil-Argentina game in Sao Paulo. The match was stopped after five minutes. Brazilian health officials arrived on the pitch to stop play. They said that Argentina's four England-based players needed to be quarantined.

They returned via Croatia in order to avoid being quarantined upon their return to the UK.

Eight Nigerian internationals who were based in the UK missed their country’s second September World Cup qualifier at Cape Verde. Other UK-based African players couldn't report for international duty.

Brazil and Argentina had already selected Premier League players for their October qualifiers, before the UK relaxed its quarantine rules.

Argentine citizens arriving from abroad are no longer required to quarantine once they arrive in Argentina.

To exempt England-based footballers from quarantine upon their arrival, the Brazilian football federation will need to make a separate agreement.

Anyone arriving in Brazil from the UK has to be quarantined for 14 days.

Jurgen Klopp, Liverpool's boss, has criticised the UK plan and said it was not "properly thought out".

It's a 10 day quarantine. You can play the games, go to work, but you don't have to live in a hotel selected by authorities. You must have food delivered to your room. He said that you are not allowed to have visitors.

"That would be for the players following the international break. They will spend 10-12 days with their national team, then go into quarantine for another 10 days away from their families. This is 22 days. The next international break will be two weeks later.