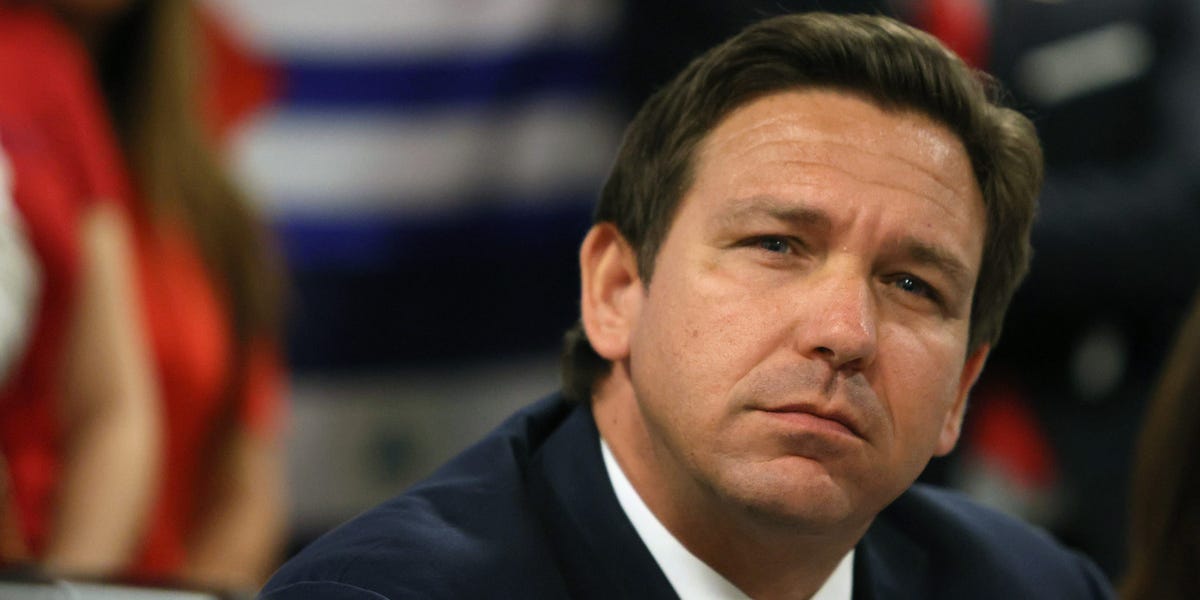 Florida Gov. Ron DeSantis stated Wednesday that he does not plan to run for president in 2024.
He stated that he was focused on making sure people don't support critical race theories.

Florida Gov. Ron DeSantis states he will not be running for president in 2024. He is busy making sure that "people aren't supporting critical race theory."

This statement was made by DeSantis during a Wednesday interview with Fox News host Sean Hannity.

"I don't think about anything other than doing my job. There is a lot going on in Florida. "I'm going for re-election next Year," DeSantis stated in response to Hannity's query on whether he considered a presidential run in the next election.

"We also work on many other things in the state, beyond the governor's race. DeSantis said that we have school board races. "I want people to realize that I am not supporting critical race theory. I want parents to be able to send their child to school as they wish."

In June, Florida's schools banned critical race theory under DeSantis. At its core, critical race theory examines how racism and discrimination in America’s history continue to impact communities of color today. DeSantis described it as "false history" which would "denigrate our Founding Fathers" and has been a source of disagreement in the GOP.

DeSantis is being considered as a potential GOP candidate for the 2024 presidential elections. In two straw polls conducted in July, DeSantis was ranked second behind Donald Trump in terms of popularity for the GOP nomination in 2024.

In September, however, DeSantis dismissed any rumors that he might be vying for the job as "rumors" or "nonsense."
president florida making sure trying hes run race running desantis ron theory wont supporting critical
2.2k Like

Biden responds to criticism from Gov. Ron DeSantis: 'Governor who?'