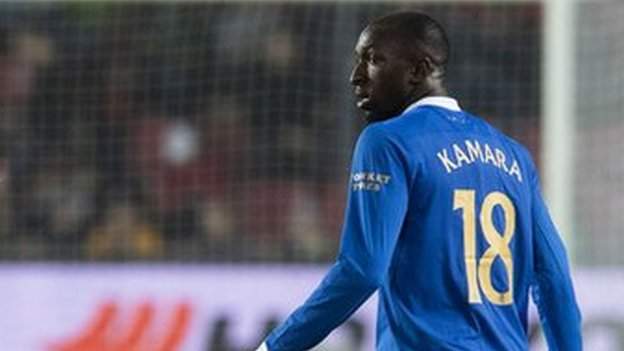 Steven Gerrard stated that not enough was being done to combat racism after Glen Kamara was booed during the Sparta Prague 1-0 Europa League loss to Sparta Prague.

Six months after being racially molested by Sparta's rivals Slavia Prag, the Finn was jigged.

Gerrard said that he was unaware of any booing directed at Kamara during the match at the Letna Stadion and suggested that harsher punishments should be inflicted.

The Rangers manager stated that "there needs to be more done."

"Not only me, but everyone around the globe is calling for more severe punishments for racism. It must be eliminated.

"But until the powers-that-be do more and take it more seriously, they're going to continue dealing with these issues for a while."

After Uefa apologized for racist chanting from Sparta fans in support of Monaco's Aurelien Tuchouameni, the match was played in front 10,000 children.

Gerrard, the Rangers manager, stated that he was not worried about the tie before the match and had been assured that everything would be fine.

Gerrard said that if they are facts and that is true, he was disappointed but not surprised.

"If they were targeting Glen then it would be extremely disappointing."

Kamara was booked in the first period and received a second yellow card on 74 minutes for leading with an elbow against Michal Sacek.

Rangers had already lost to Czech hosts in the first half after David Hancko's header. Rangers failed to assert themselves in their second consecutive group loss.

Gerrard stated, "I thought both were harsh." Gerrard said that he thought the first card was a foul.

"But you have to be careful with your arms when you're on yellow cards. You run the risk of giving the referee an incorrect decision."

"I thought there was something worse happening on the pitch tonight, and no cards were released.

"So, we feel a bit difficult by the fact that Glen received a red for very few, really."

Rangers will next take on Denmark's Brondby in a double header, the first being at Ibrox, 30 September. Gerrard now admits that it is a "must win".

Gerrard said, "We must win the next home game to Brondby in order to have an outside chance,"
rangersglenkamaragerrardthoughtbooingstevenyouresurprisedpraguegamespartayellowsecond
2.2k Like